Today, the Department of Air Force Gaming League is back with another jam-packed season, raising the bar with even more games, prizes, updates, and more. Air Force Gaming is the official gaming program for all Airmen and Guardians in the Air and Space Force, housed under the Air Force Services Center and available to Airmen and Guardians at every military base on Earth. AFG aims to build resiliency and retention …

Today, the Department of Air Force Gaming League (DAFGL) is back with another jam-packed season, raising the bar with even more games, prizes, updates, and more. Air Force Gaming (AFG) is the official gaming program for all Airmen and Guardians in the Air and Space Force, housed under the Air Force Services Center and available to Airmen and Guardians at every military base on Earth. AFG aims to build resiliency and retention within the Department of the Air Force – by creating a community of men and women connected through a shared love of video games. 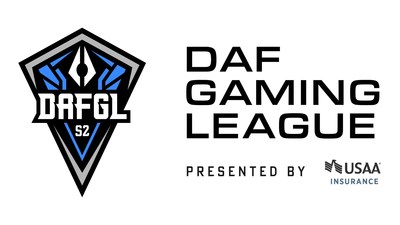 Check out the trailer here !

With over 86% of Airmen and Guardians between the ages of 18-34 identifying as gamers, the organization already sports more than 15,000 members after just their first season, and are massively expanding the program in season two. Until now, AFG has been restricted to only users with active military email addresses. Today, that changes. In Season Two, the organization is swinging the doors wide open for participation in upcoming AFG community events and weekend tournaments. This season expands the community by allowing potential participation from numerous groups across the Air Force, including:

“One adage that I’ve always disliked is ‘it’s not about who wins or loses, it’s about how you play the game.’ But, with Air Force Gaming, it’s 100% true. We’re all about bringing our armed forces together, building communities and enjoying some friendly but spirited competition along the way,” said Major General Tom Wilcox . “With more than 15,000 members in just nine months, this program has already taken off, but we’re just getting started. Season two includes numerous improvements, the potential for growing even larger by including different types of players, and so much more.”

“At USAA, we know that a large population of our military community are gamers or have an interest in gaming,” said Harvey Chang , USAA lead marketing manager. “In working with the Department of Air Force Gaming League, USAA is hoping to directly show our appreciation for our Air Force and Space Force service members by growing interest and participation with these new participants. Air Force Gaming is off to a fantastic start and is a true model for how we can work together to give back to our service members – giving them a fun, community-driven event that is not just about gaming together, but growing together. ”

DAFGL season two will introduce two of the world’s most popular game titles: Apex Legends , and Super Smash Bros Ultimate and more. These titles will be joining the previous games Call of Duty: Black Ops Cold War , League of Legends , and Rocket League . These improvements are powered by a new sponsorship from USAA*. Following registration, which ends Sept 1, 2021 , the program will immediately move into Regional (NA/EU/APAC) League Play, with playoffs occurring prior to a Regional Championship at the end of the season.

Those lucky enough to win will receive prizes including championship jerseys, AFG merchandise, and the chance to represent the Department of the Air Force as their official team in future public-facing events and competitions. There’s much more in store, so stay tuned by keeping up at airforcegaming.com . Assets can be found here .

AFG started as a grassroots effort on Discord, run by a small group of Airmen who shared a love for games. After showing incredible adoption and enthusiasm from participating players, the Air Force designated the program’s creator, Capt. Oliver Parsons , an Air Force Force Support Officer, to scale the program globally. Parsons brought in Rally Cry, a technology company that develops esports infrastructure, to create a customized platform for the Air Force. With this unified hub for community and competition, AFG will use intramural esports to help promote resiliency, teamwork, and mental well-being for service members around the world.

ABOUT AIR FORCE GAMING
Air Force Gaming is a new program founded to digitally connect Airmen and Guardians through their shared love of gaming. Housed under the Air Force Services Center, AFG is focused on supporting the Department of the Air Force’s resiliency and retention efforts through the creation of a global esports effort that brings Airmen and Guardians together through community experiences and competitive leagues. AFG’s program is powered by Rally Cry, a company dedicated to delivering esports to everyone through recreational sports leagues for video games.

About USAA
Founded in 1922 by a group of military officers, USAA is among the leading providers of insurance, banking and investment and retirement solutions to nearly 13 million members of the U.S. military, veterans who have honorably served and their families. Headquartered in San Antonio, Tex. , USAA has offices in seven U.S. cities and three overseas locations and employs more than 35,000 people worldwide. Each year, the company contributes to national and local nonprofits in support of military families and communities where employees live and work. For more information about USAA, follow us on Facebook or Twitter (@USAA), or visit usaa.com. 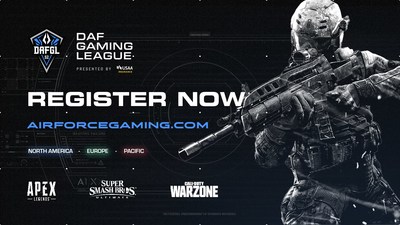