Today, Air Force Gaming announced it is taking the United States Military’s first official intramural esports league global. Housed under the Air Force Services Center, AFG is focused on supporting the Department of the Air Force’s resiliency and retention efforts by bringing Airmen and Guardians together through community experiences and competitive leagues. The program has reached more than twenty thousand Airmen …

– Today, Air Force Gaming (AFG) announced it is taking the United States Military’s first official intramural esports league global. Housed under the Air Force Services Center, AFG is focused on supporting the Department of the Air Force’s resiliency and retention efforts by bringing Airmen and Guardians (servicemen and women who serve in the Space Force) together through community experiences and competitive leagues. The program has reached more than twenty thousand Airmen and Guardians, covering every Air Force and Space Force base on the planet, and will hold regional tournaments that ladder up into global playoffs. 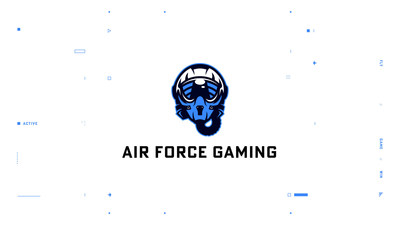 Fresh off the Space Force’s victory in the 2020 Call of Duty Endowment Bowl , Air Force Gaming also announced that future league champions will have the opportunity to officially represent the Department of the Air Force in upcoming esports events.

“We knew there was an appetite for gaming from our Airmen and Guardians, but this program has already exceeded our expectations,” said Colonel Marc Adair (Director of Operations, Air Force Services Center). “Air Force Gaming  has created a community where our Airmen and Guardians do so much more than just play video games. I’ve heard stories of friendship and camaraderie, and that’s what this program is really all about.”

AFG started as a grassroots effort on Discord, run by a small group of Airmen who shared a love for games. After showing incredible adoption and enthusiasm from participating players, the Air Force designated the program’s creator, Capt. Oliver Parsons , an Air Force Force Support Officer, to scale the program globally. Parsons brought in Rally Cry, a technology company that develops esports infrastructure, to create a customized platform for the Air Force.

“I knew we had big goals for this program when we started Air Force Gaming back in November, but the amazing engagement from our community was truly the highlight of my entire year,” said Captain Parsons. “It’s staggering to think that a program like this, one that started with a few volunteers in our off hours, can grow to cover the world. I’m incredibly proud to be a part of this organization, leading the Armed Forces in our use of new and innovative ways to engage our troops. And I can’t wait to see Air Force Gamers out there representing us on the biggest stages! I know they’ll continue to make us proud.”

Airmen and Guardians have already begun competing in Call of Duty: Black Ops – Cold War , League of Legends , and Rocket League . With more than 1000 teams already having participated in events, the program now immediately moves into League Play for the 6-week regular season. After the season concludes, each region will have Playoffs and Championships feeding into the final matchup to crown regional Air Force Champions. To view a highlight reel of the top plays from the first week, visit here .

Air Force Gaming is a new program founded to digitally connect Airmen and Guardians through their shared love of gaming. Housed under the Air Force Services Center, AFG is focused on supporting the Department of the Air Force’s resiliency and retention efforts through the creation of a global esports effort that brings Airmen and Guardians together through community experiences and competitive leagues. AFG’s program is powered by Rally Cry, a company dedicated to delivering esports to everyone through recreational sports leagues for video games.