Major League Soccer’s esports league, eMLS and Electronic Arts today revealed the full details for the 2021 eMLS Cup presented by Coca-Cola. On March 20-21 the top EA SPORTS™ FIFA players in North America will compete for a league record $40,000 eMLS prize pool. Throughout this week, fans will also have an opportunity to purchase a new limited-edition eMLS jersey, earn prizes through giveaways, participate in …

– Major League Soccer’s esports league, eMLS and Electronic Arts (NASDAQ: EA), today revealed the full details for the 2021 eMLS Cup presented by Coca-Cola. On March 20-21 the top EA SPORTS™ FIFA players in North America will compete for a league record $40,000 eMLS prize pool. Throughout this week, fans will also have an opportunity to purchase a new limited-edition eMLS jersey, earn prizes through giveaways, participate in social campaigns, and compete in an amateur competition. 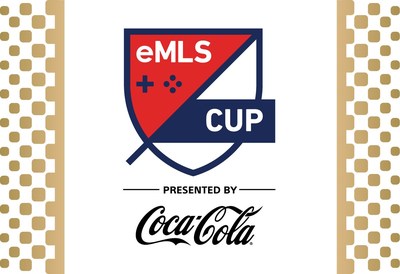 Through eMLS, MLS and EA are able to engage the digitally native and gaming-oriented soccer fanbase during the MLS offseason, sustaining sports engagement through the power of EA SPORTS FIFA. Every two out of three MLS fans reported in a recent survey they regularly play EA SPORTS FIFA and more than 75 percent of MLS fans noted the video game franchise is very important to the enjoyment of the sport. In February, eMLS League Series 2 averaged 45,000 concurrent viewers over the two-day broadcast, which established a new record for the league and a 24 percent uptick in viewership from the same event in 2020.

“eMLS Cup is the culmination of an unbelievable esports season enabling fans to support their favorite Clubs in unique ways, while providing some of the best EA SPORTS FIFA players in the world with a safe and competitive environment,” said Camilo Durana , MLS Senior Vice President of Properties and Events. “Our commitment to esports, along with the incredible support of our sponsors, has helped us to better serve fans, reach new audiences and showcase the unique role eMLS has in the North American fan experience.”

Taking place on March 20-21 , eMLS Cup will crown the best EA SPORTS FIFA player in the league with all competitors hailing from the United States and Canada . Competition will be played exclusively on PlayStation®4 (PS4) with 12 eMLS players competing in a two-day, single-elimination bracket. Eleven eMLS players have qualified to the eMLS Cup bracket through their competitive performances in the first two events of the eMLS season – eMLS League Series 1 and 2 presented by Coca-Cola. The 12th and final spot will be determined as the remaining 16 eMLS competitors compete in a Last Chance Qualifier on March 16-17 . In addition to cash prizing and a trophy, the top three eMLS Cup competitors will qualify directly to the EA SPORTS FIFA 21 Global Series North America Playoffs.

“Major League Soccer continues to accelerate esports growth with a progressive and innovative approach to the fan experience,” said Brent Koning , Group Director & Commissioner, FIFA Competitive Gaming. “The eMLS Cup will demonstrate again how MLS and its clubs are inextricably woven into the fabric of soccer and esports fandom.”

The 2021 eMLS Cup schedule will be as follows (all times in EST):

In celebration of eMLS Cup, eMLS today debuted a limited-edition eMLS Cup jersey, developed in collaboration with adidas, which is now available for purchase on www.mlsstore.com . Net proceeds from jersey sales will benefit Special Olympics. Additionally, eMLS produced two eMLS Player Profiles presented by Pringles to highlight some of the eMLS players and their unique stories, airing on eMLS owned and operated channels.

Fans and players alike will also have an opportunity to take to the virtual pitch in the EA SPORTS FIFA 21 PS4™ Tournament: eMLS Fan Challenge , where the top 64 EA SPORTS FIFA players will each walk away with prizing, and the grand prize winner will receive a PlayStation®5 console. In anticipation of eMLS Cup and MLS season return, eMLS and Coca-Cola are also teaming up for the ‘Sip & Scan’ sweepstakes, where fans can grab a Coke and scan the can for a chance to win MLS gear, Coca-Cola prizes, eMLS Cup jerseys, and more.

In addition to experiencing record viewership growth, this 2021 eMLS season has a record 27 MLS Clubs represented, with two new Clubs joining this year — Inter Miami CF and St. Louis CITY SC. In its inaugural season back in 2018, eMLS launched with 19 Clubs. MLS expansion Clubs, like Austin FC and St. Louis CITY SC, opted to join eMLS and compete virtually before even kicking off their first game in MLS.

The official partners of eMLS that will be integrated throughout 2021 eMLS Cup are Coca-Cola, PlayStation®, Cheez-It® & Pringles®, SCUF Gaming, and JLab.

For more information on the 2021 eMLS Cup and competitors, please visit https://www.mlssoccer.com/esports/emls . And be sure to tune into eMLS Cup on March 20-21 on the official MLS Twitch , YouTube , Twitter , and Facebook pages.

About eMLS:
eMLS is the esports and gaming property of Major League Soccer. Built around the EA SPORTS™ FIFA franchise, its goal is to utilize gaming to reach global audiences, raise the profile of MLS, and grow its next generation of fans. eMLS has grown from 19 MLS Clubs in 2018 to 27 Clubs participating in the upcoming 2021 season. In addition to its core competitive season, eMLS also executes casual gaming programs like the eMLS Tournament Special presented by Coca-Cola and PlayStation which was a five episode, 2 vs. 2 FIFA 20 tournament, teaming up MLS first team players with eMLS players, that aired on FS1 and FOX Deportes. For more information, visit www.mlssoccer.com/eMLS .

“PlayStation” and “PS4” are registered trademarks or trademarks of Sony Interactive Entertainment Inc.

EA SPORTS, Battlefield, Apex Legends, The Sims, Need for Speed, Titanfall and Plants vs. Zombies are trademarks of Electronic Arts Inc. Madden, FIFA and the NFL are property of their respective owners and used with permission.