The oil market is bubbling over. Volatile at the best of times, the last year has been extraordinary even by those standards. When the price of crude came close to $150 a barrel, many thought the commodity was overpriced. And yet, some analysts are forecasting $200 a barrel before long. On Thursday, crude prices hovered above $61 a barrel in Asia after a more positive economic outlook from the U.S. central bank buoyed investor confidence. The Fed said industrial companies cut production far less in June than they had in previous months and that it now expects the economy to contract at a slower pace than previously thought. 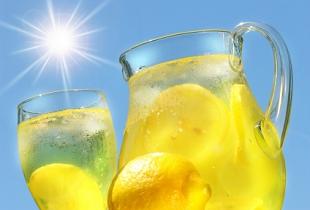 The oil market is bubbling over. Volatile at the best of times, the last year has been extraordinary even by those standards. When the price of crude came close to $150 a barrel, many thought the commodity was overpriced. And yet, some analysts are forecasting $200 a barrel before long.

As if in tandem, oil prices soared Wednesday, lifted by a drop in US crude inventories that suggested a glimmer of demand in the world’s largest energy consumer. New York’s main contract, light sweet crude for August delivery, leapt $2.02 to close at $61.54 a barrel. In London, Brent North Sea crude for delivery in August jumped $2.23 to settle at $63.09 dollars.

Oil had dropped to $58.78 a barrel last week from $73.38 on June 30 on investor concern that the global economy will emerge from recession slower than expected.

The market welcomed the US government’s weekly oil report and price gains accelerated in the second half of the session. The Department of Energy said that American crude oil reserves sank a more than expected 2.8 million barrels in the week ended July 10, as refineries stepped up production.

“There’s dreadful demand and we still have pretty good supplies of everything,” said Mike Fitzpatrick of MF Global. “The inventories report didn’t change that picture too much at all,” he added.

The market also digested news that Nigeria’s main militant group had declared a 60-day truce in its “oil war” with the government after the release of its leader Henry Okah under an amnesty deal. The second militant truce in less than a year came into effect just 48 hours after the rebels blew up an oil docking harbor in Lagos in their first attack outside the main Niger Delta oil-producing region.

The Movement for the Emancipation of the Niger Delta has been attacking major oil companies and the army in the south for more than three years demanding a greater share of the oil wealth for local people. Its campaign has cut Nigeria’s daily oil production by about a third and contributed to a recent rise in prices.

Analysts aver that oil prices have been a factor, sometimes the most important one, in several recessions over the last few decades. But was oil the reason for the recession this time?

While the oil price was high it added to business costs and left consumers with less to spend on other items, including perhaps mortgage repayments. So the price of oil might have contributed to the financial crisis, or at least exacerbated it, according to one theory.

Opec, the oil cartel, has recently cut production and member countries – implemented many of those cuts. Member states are often tempted to produce more than their allocation to get the extra cash.

There is also a view that the wild swings in prices are due to speculation in the commodities markets. It is a perennial complaint from Opec, but some analysts think there is something to it, and others says the price swings largely reflect what they call fundamentals.

Opec’s Secretary General Abdallah Salem el Badri said recently that $70 was a price that didn’t damage the economy, but did allow Opec members to invest and get a reasonable income from their oil. Some analysts think that some countries need a higher price – $80 or more – for the government spending they want to implement.

There is also a question of whether a lower price provides sufficient incentive for investment in exploration and exploitation of new oil fields.

Asia’s top oil and gas company PetroChina has started an expansion of its Liaoyang refinery in northeastern China to prepare for more oil imports from Russia, its parent CNPC said in a company newspaper. Liaoyang is the main plant in China for processing Russian oil.  Liaoyang will add a hydrocracking unit with capacity of 1 million tonnes per year (tpy), a hydrorefining unit of 2 million tpy and a sulphur removing and recovering unit of 30,000 tpy, as well as other facilities including reserve tanks.

All construction work would be completed before the end of 2010, the China Petroleum Daily reported on Thursday. It did not disclose the investment involved.

Ecuador’s state-run oil company Petroecuador has raised its investment budget for 2009 to $1.69 billion from $1.07 billion, the company said. Over $194 million has been earmarked for investment in oil production projects and the drilling of wells, the company added.

OPEC-member Ecuador produced just over 485,000 barrels of crude oil per day in May and Petroecuador produced nearly 260,000 barrels a day. The company received $402.6 million for exports of crude oil and derivatives in May, down 48 per cent from the same month last year, the central bank said last week. Leftist Ecuadorean President Rafael Correa is striving to increase state revenue from the key oil sector and has vowed to invest heavily to boost Petroecuador’s output.

On Thursday, crude prices hovered above $61 a barrel in Asia after a more positive economic outlook from the U.S. central bank buoyed investor confidence. The Fed said industrial companies cut production far less in June than they had in previous months, and the central bank’s minutes from its meeting last month showed it now expects the economy to contract at a slower pace than previously thought.

“The degree of short-run panic needed to stay below $60 has to be very considerable,” Barclay’s Capital said in a weekly energy report. “The situation would have to be weakening to a significant degree. That does not appear to be happening.”