If bearish sentiment continues for a bit, expect to see a potential break below support levels around $67.35. Further declines in shipping rates due to reduced Chinese demand can be expected to continue, highlighted by expectations for a 50 per cent drop in freight rates in the next four months. 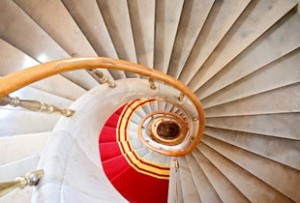 The long-expected correction in crude and equity markets (can anyone tell the difference between the two these days?) appears to have begun this week. The issue appears to be too much of a run-up too fast, as the pressure from a historically weak September and October bears down on investors and traders.

Investors hoping for a growth in oil prices were dismayed by news that the price for a barrel of crude oil may have risen too quickly from last week’s market optimism.

After last week’s steady yet volatile gains, the beginning of this week has started with a drop of almost $3 a barrel, closing out yesterday’s trading just above $70. By all appearances, it seems oil investors took a peek at weekly underlying crude fundamentals, didn’t like what they saw, and continued sending futures lower.

On the New York Mercantile Exchange on Thursday, the front-month contract for benchmark crude was sliding another $2.67 to $66.30. This, after Wednesday’s $2.79 tumble that found the November delivery contract settling at $68.97.

The big move down followed inventory news from the Energy Department, showing continuing build ups in crude, gasoline and distillate stocks on top of already high inventories.  Major oil stocks were sliding on the day, as Exxon Mobil (XOM), Chevron and ConocoPhillips (COP) were losing 0.8 per cent, 1.2 per cent and 1.8 per cent each by midday.

Shares of Marathon Oil were down 1.3 per cent, while American depositary shares of BP were off 2.3 per cent.

Elsewhere, the entire energy sector was taking a hit in early trade: as Anadarko Petroleum (APC), Chesapeake Energy (CHK) and Apache (APA) were sliding 2 per cent, 0.7 per cent and 2.7 per cent, respectively.

Among the oil majors, Exxon Mobil (XOM), ConocoPhillips(COP) and Chevron (CVX) were changing hands in the red, down 1.2 per cent, 1.5 per cent and 1 per cent each.

Much of the current fear from traders this week can be traced to indications from the Chinese government of a curb in bank lending. On the surface, this can be expected to result in lower energy demand across the board and in the words of Australian Treasurer Wayne Swan, a potential “knee-capping” of the economic recovery seen since March.

If bearish sentiment continues, expect to see a potential break below support levels in WTI around $67.35. Further declines in shipping rates due to reduced Chinese demand can be expected to continue, as reported in a Bloomberg survey earlier in the week, highlighting expectations for a 50 per cent drop in freight rates in the next four months.

Look who’s digging for oil now. Venezuelan President Hugo Chavez Wednesday announced a $16 billion deal with China to drill for oil in the resource-rich Orinoco basin. A deal was signed in Beijing for the Orinoco basin. It sets out a Chinese investment over the next three years.

A joint venture would be formed with state-owned Petroleos de Venezuela (PDVSA) to produce 450,000 barrels a day of extra heavy crude. Venezuela, a founding member of the oil cartel OPEC and Latin America’s top oil exporter, announced Saturday that it had signed a similar accord with a Russian consortium.
The deal will see the group of five Russian companies invest more than $20 billion over three years, and gives them rights to drill for oil in the part of the Orinoco oil belt.

PDVSA said production with the Russian companies on the massive Junin 6 heavy crude block would begin by 2012. Junin 6 is estimated to hold 53 billion barrels of heavy crude, making it one of the world’s largest reserves.

That joint venture — with the Russian companies Rosneft, Lukoil, Gazprom, TNK-BP and Surgutneftegaz — is also expected to produce 450,000 barrels a day by 2012, Chavez said.

In Singapore on Friday, oil prices hovered near $66 a barrel after investor concerns about US crude demand sparked a two-day plunge. Benchmark crude for November delivery was up 52 cents at $66.41 a barrel by late afternoon Singapore time in electronic trading on the New York Mercantile Exchange. On Thursday, the contract fell $3.08 to settle at $65.89, the lowest since July 29.

Oil fell $6.86 during Wednesday and Thursday after an unexpected increase in US crude and gasoline supplies triggered doubts about consumer spending and the strength of the economic recovery.
“People have been too optimistic about the economy,” said Clarence Chu, a trader at market maker Hudson Capital Energy in Singapore. “The US and Europe are still losing jobs every month.”

Analysts expect prices to stay above $65 barring any bad news about the global economy and a further strengthening of the US dollar.  If oil trades between $60 and $65, “OPEC would be unhappy with prices that low,” Ben Westmore, commodities economist at the National Australia Bank, said.

Buyers are likely to buy if prices weaken to $65, thus providing support, said Clarence Chu, a trader at Hudson Capital. Traders will also be assessing the impact of the Group of 20 meeting and durable goods data on the currency and equity markets.

Jim Ritterbusch, president of trading adviser Ritterbusch & Associates, wrote in a note, “Odds would appear to favor a much quicker test of the $65 level in nearby crude than we had previously expected.”
Mike Sander of Seattle-based investment advisory firm Sander Capital Advisors wrote in a note that the 2.7 per cent drop in August US existing home sales was “a reality check, letting us know the economy is not always going to show positive news.”

Sitting on the fence

However, lower crude oil prices might be giving investors a good time to buy into the sector if they’ve been sitting on the sidelines.

Dominic Schnider, an analyst at UBS, yesterday raised his 2010 forecast for global crude oil demand by 300,000 barrels a day to 85.8 million barrels a day due to what he sees as solid economic activity in emerging markets, which should account for about three-quarters of the world’s incremental demand for oil.

“Our view reflects solid crude oil imports from China, which rose 18 per cent year on year in August,” the analyst said. “That does not mean demand from the developed world is not important. For a tighter supply-demand balance, however, we only need a stabilization in demand, not a significant recovery.”
He recommends investing in oil when it falls between $65 and $70 a barrel, putting it in the sweet spot right now. Energy stocks have been tracking the price of oil fairly tightly recently, which implies that this might be a good time to wade into the oil patch as well.

Don’t want to rely on analysts – check out what Wall Street bank Goldman Sachs (GS.N) said on Friday, that global oil consumption was recovering more quickly than its previous estimates and raised its demand forecast, while maintaining its price outlook.

Goldman said Chinese oil demand has risen to its levels before the global economic recession, which was triggered by financial crisis in the third quarter last year.

“Accordingly, we are raising our demand forecasts,” the bank said in its commodities research note. “Importantly, the permanent damage from the credit crisis is much less than we had previously thought, which means that we are beginning the recovery from a higher base, suggesting a fourth quarter 2009 demand level that we originally thought would take until the third quarter 2010.”

Goldman now expect global oil demand to average 85.106 million barrels per day in the fourth quarter of 2009. Goldman’s note came as US crude futures have fallen about 8 per cent this week due to a spreading doubt among investors that demand may not have been recovering strongly enough.

Delta Petroleum (DPTR) shares were plunging, and briskly so, after the company reported disappointing gas volume results out of the Columbia River Basin. The company released a statement on Monday morning following testing of most of the zones in its so-called Gray well. The independent oil and gas operation said the six lowermost zones showed high pressure, though only fresh water flows. Further uphole zones showed both water and gas, but the area tested for gas volumes that were “minimal and substantially below pre-completion expectations deeming these intervals uneconomic.”

Shares were nose-diving 41 per cent, giving back nearly all of its gains over the past two weeks on high trading volumes.