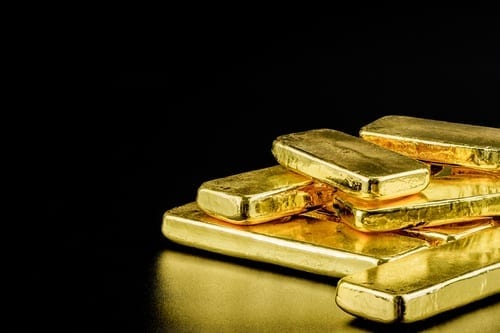 Resource companies are turning to gold exploration in Saskatchewan due to its potential and regulatory stability.

Gold exploration in Saskatchewan is an overlooked but promising segment of the industry in a stable jurisdiction with the least amount of regulatory uncertainty of any Canadian province.

Gold exploration in Saskatchewan would seemingly be an afterthought. After all, Ontario and Quebec produced roughly 75 percent of Canada’s total gold in 2017. By comparison, Canada’s prairie provinces of Alberta, Saskatchewan and Manitoba produced a mere 3.8 percent combined. A 2012 report into Saskatchewan’s gold potential reveals just how underexplored the province is despite historic and current operations.

Despite more established producing regions in Ontario and Quebec, gold potential in Saskatchewan should not be overlooked. The province has a long history of gold production beginning in the early 20th century, which led to the development of 23 gold mines. A simple search of Saskatchewan’s Mineral Deposit Index reveals 806 gold showings spread throughout the province. In the Reindeer zone section of the Pre-Cambrian Shield that lies in the province’s north, significant showings are located in the La Ronge, Glennie Lake, Kisseynew and Flin Flon designated gold-bearing regions, according to a report by the Saskatchewan Ministry of Energy and Resources.

There are two major gold mineralization styles prevalent in Saskatchewan’s northern region. The first are volcanogenic massive sulfide (VMS) deposits, which have been located near the border at Flin Flon, Manitoba. Between 1930 and 1992, the Saskatchewan portion of the Flin Flon mine produced 112 tonnes of gold, which has justified further gold exploration in Saskatchewan.

The region also hosts orogenic gold deposits (OGDs), which are described by the report as “more widespread [with] the potential to host large, relatively high-grade gold resources.” Most importantly, there is a history of OGD production in the province: SSR Mining (TSX:SSRM) currently operates the Seabee gold operation, which lies 125 kilometers northeast of La Ronge, Saskatchewan, and has been in production since 1991.

While good geology is essential to investment decisions, so too is jurisdictional policy that incentivizes exploration and production. Investors like to reduce their risk, and, when policy is done right, it can help foster a competitive mining investment climate. The Fraser Institute’s Annual Survey of Mining Companies found that, when deciding where to invest their time and money, respondents weighed jurisdictional policy at about 40 percent, and mineral potential at 60 percent.

There are major consequences for a lack of regulatory clarity, onerous permitting processes and poorly laid out resource policy frameworks. However, the Fraser Institute’s 2018 report claims that Saskatchewan provides the least amount of regulatory uncertainty for mining in Canada. Saskatchewan has consistently been ranked near the top of the Fraser Institute’s list of mining jurisdictions for investment attractiveness, currently sitting at number three, just behind Nevada and Western Australia.

Mining Journal also recently ranked Saskatchewan third out of 96 jurisdictions globally for the least mining investment risk. Recent actions by the provincial government are supportive of this positive investment rank.

In 2018, the government of Saskatchewan created a Targeted Mineral Exploration Incentive (TMEI) program to provide financial assistance to exploration companies that undertake exploration drilling for base metals, precious metals or diamonds in the TMEI designated area. A grant of up to C$50,000 per year for drilling in the TMEI area will be provided to eligible companies. The TMEI area was designated due to high probability for key commodities and its proximity to existing infrastructure.

While many people historically associate gold with currency and central banks, the shiny yellow metal serves end markets like jewelry and electronics. Jewelry alone accounts for 50 percent of global gold demand. There are also new applications for gold in healthcare, clean energy and aerospace technologies.

Comstock Metals (TSXV:CSL) is one of the companies exploring the gold potential in Saskatchewan. The Preview SW gold project is located 40 kilometers north of La Ronge and 80 kilometers southwest of the Seabee gold operation and hosts an indicated resource of 2.61 million tonnes grading 1.89 grams per tonne (g/t) gold and an inferred resource of 5.7 million tonnes grading 1.48 g/t gold.

Immediately to the north of Comstock Metal’s Preview SW gold project, MAS Gold (TSXV:MAS) has commenced drilling at its La Ronge South gold project. The company has announced that it will be completing just over 4,500 meters of drilling at the Point and North Lake prospects, the former of which saw drilling in the 1980s that intercepted 10.65 meters of 8.32 g/t gold, including 2 meters of 8.54 g/t gold and visible gold in the last 0.5 meters assaying 117.07 g/t gold.

SSR Mining is also currently producing in the region. Despite the collapse in gold prices in the early 2010s, the Seabee gold operation has maintained production. Production in 2018 topped the nearly 84,000 ounces produced in 2017 with 95,602 ounces. The company also owns the Amisk gold project just 20 kilometers southwest of Flin Flon. The property has an indicated resource of 0.83 million ounces and inferred resources of 0.59 million ounces of gold.

Saskatchewan gold potential is backed by historical production, existing infrastructure and a stable regulatory regime that provides investment incentives. As the global population increases and emerging economies modernize, demand for gold in traditional and new end markets could place long-term pressure on global supply. Underexplored and stable jurisdictions like Saskatchewan could be critical for gold markets.

Disclaimer: This INNSpired article was written according to INN editorial standards to educate investors.