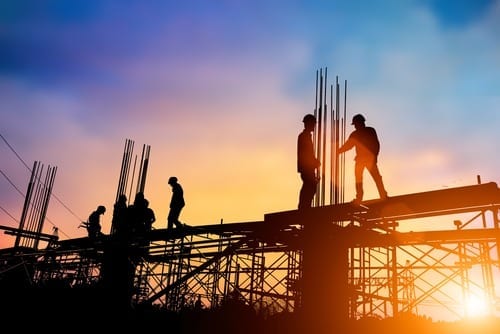 The construction industry is one of the leading producers of atmospheric carbon, creating a market for eco-friendly alternatives to cement.

The global cement market is booming due to urban expansion, but the industry’s dirty carbon secret is fueling the search for eco-friendly alternatives to cement.

Since as early as 25 BC when the Romans first discovered the secret to mixing cement into concrete, cement has been the literal foundation of human civilization. It has made some of the most recognizable structures in human history possible from the Roman Colosseum to Christ the Redeemer to the Hoover Dam. Every modern metropolis is a concrete jungle with cement used in every street, building and piece of infrastructure. We have covered the world in cement. Without eco-friendly alternatives to cement, we have contributed immeasurably to rising global atmospheric carbon levels.

We are in the middle of an era of unprecedented urbanization as people are increasingly moving into cities and population centers continue to expand and modernize, particularly in the developing world, where automation is driving people away from the countryside and into the city. Not surprisingly, the global concrete industry is also seeing unprecedented growth. Urban expansion means massive construction, which requires a steady stream of cement. As a result, Research and Markets projects the global cement market to hit $725 billion in 2025 with a 7.3 percent compound annual growth rate between now and then.

Progressive Planet Solutions Inc (TSXV:PLAN) is a Canadian company dedicated to the exploration for and development of industrial mineral deposits.Send me an Investor Kit

This remarkable growth highlights a major issue with modern cement production. While it’s not as immediately obvious to the layman as something like fossil fuels, modern cement production is a significant contributor to global carbon emissions, accounting for approximately five percent of the carbon released into the atmosphere every year. With a number of countries around the world beginning to take carbon emissions seriously, there is increasing pressure on industry to reduce carbon footprints, leading to notable opportunities for environmentally friendly solutions.

Cement is generally defined by regulatory bodies as consisting of at least two-thirds calcium silicates with the remainder consisting of aluminum, iron and other compounds. The ratio of calcium oxide to silica must be at least two. Any mixture that fits into the relatively open-ended definition can be legally classified as cement and will still retain the strength and moldability necessary for it to be a safe and reliable building material. This leeway in terms of the exact formulation combined with the inexpensive, easily-accessible materials needed to make cement makes it cost-effective and readily available just about anywhere in the world. Considering this flexible classification, eco-friendly alternatives to cement are possible without drastically altering the end product.

To make cement, limestone (calcium carbonate) and clay are heated up inside a large kiln. The heat releases carbon dioxide from the limestone and converts it to lime (calcium oxide) which then reacts with the silica in the clay to form alite and belite, both of which are calcium silicates. Cement is used as a bonding agent when combined with gravel to create concrete.

Removing carbon dioxide from limestone is a vital part of the process of making cement but that carbon dioxide is then released into the air, contributing to global emissions. What’s more, the cement making process requires burning fossil fuels for the running of industrial ovens, as well as the mining and transporting of raw materials and more that adds to cement’s carbon footprint.

In part due to the carbon-heavy nature of cement production, cement is commonly supplemented with fly ash, a by-product of coal burning, to replace cement by up to 30 percent in many concrete mixtures. The practice of using fly-ash in place of some of the cement content greatly reduces concrete’s carbon footprint, but since coal burning rates are on the decline, largely due to coal’s own massive carbon footprint, fly-ash supplies are becoming less and less plentiful and more expensive.

The search for low-carbon cement substitutes

Carbon footprint or no, global cement usage is only going to increase in the coming years. More cement is being used than ever before and annual production is likely to increase to over 5 billion tonnes over the next 30 years. Rapid urbanization and industrialization cannot be prevented, but at this rate, the amount of carbon that will be pumped into the air will be a massive driver of climate change. This means that a theoretical low-carbon replacement for limestone as a calcium silicate would be a valuable discovery. It’s something startups have tried and failed to accomplish in the past, but the market for such an alternative remains massive.

Canadian company Progressive Planet Solutions (TSXV:PLAN) isn’t working on a wholesale replacement for limestone in cement, but rather a replacement for fly ash as supplementary cementing material (SCM). This ground zeolite already has an official classification in the cement industry. Coal-derived fly ash is called “Class F” SCM and ground zeolite is a “Class N” SCM. As mentioned, fly-ash has been very effective at reducing the amount of cement used to make concrete, but it’s becoming less available with the global phase-out of coal. Progressive Planet is using finely ground zeolite in place fly-ash. The company has access to zeolite through its permitted zeolite mine outside of Cache Creek, British Columbia, which has been validated by independent third-party testing.

Unlike fly-ash, zeolite does not need to be roasted or burned before being used in a concrete mixture, making its carbon footprint miniscule in comparison to burning coal. In addition, as a SCM, zeolite reacts with carbon dioxide in the air and forms calcium carbonate which is a permanent solution to sequestering carbon dioxide.

Solidia Technologies has been generating buzz as the latest company to show promise with a new cement-making process that the company says will produce up to 70 percent less carbon dioxide at a cost comparable to that of conventional cement. In place of limestone, Solidia’s process uses wollastonite, a calcium inosilicate mineral with a lower carbon content than limestone. The problem at this time is that only about 1.5 million kilograms of wollastonite is mined yearly in the United States compared to about 100 billion kilograms of cement made each year in the US alone. Still, this process is considered one of the most promising to date.

Reducing the amount of carbon dioxide that we are pumping into the air is a matter of critical importance with no single solution. Every industry needs to be searching for ways to refine its practices to be as close to carbon neutral as possible. The cement industry is a key example, leading the way in pursuit of eco-friendly alternatives to cement. As the literal building blocks of civilization, we can’t reduce the amount of cement needed to improve the lives of people all over the world, but we can come up with innovative solutions for smarter concrete.

This INNspired article is sponsored by Progressive Planet Solutions (TSXV:PLAN). This article was written according to INN editorial standards to educate investors.

Tags: TSXV:PLAN
×
See our exclusive index of companies on the move
EXPLORE