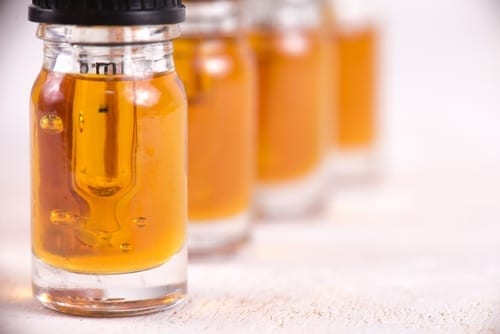 Canada’s unique position in the cannabis extraction industry gives its companies an advantage for exportation.

The global cannabis extraction industry is being led by Canada’s legalized cannabis market.

The creation of a new multi-billion-dollar legal industry from a previously illegal product is a very rare event, and cannabis legalization is full of opportunities for businesses with the foresight and knowledge to take advantage. This is the uniquely fortunate position that many Canadian cannabis companies, particularly those specializing in cannabis extraction, are finding themselves in right now. Medical cannabis is finding legal acceptance in Europe, South America and Australia; however, in Canada, the door has been opened for cannabis companies to become global distributors to nations with legal markets for cannabis extraction.

There has been an unprecedented increase in global demand for medical cannabis products in recent years. The total global medical cannabis market reached US$8.28 billion in 2017 and is projected to hit US$38.04 billion by 2024 with a compound annual growth rate of 19.1 percent. Currently, cannabis in flower form is still the dominant market segment, but extracts from marijuana and hemp plants are gaining ground fast with a 40.4 percent compound annual growth rate projected up to 2025.

The Valens Company (CSE:VLNS) is a vertically-integrated provider of cannabis products well-positioned to become a leader in the emerging global-wide cannabis nutraceuticals market which includes cannabis oils, extracts and edibles.Send me an Investor Kit

Driving this demand for extracts is the fact that the global cannabis market is still almost entirely based on medical cannabis. This market is evolving and maturing as more countries give patients the green light to receive cannabis-based medicine. Over the past two years, more than a dozen countries have legalized medicinal cannabis in some form, and more jurisdictions are soon to follow. As cannabis becomes more accepted globally as a medical product, healthcare professionals expect cannabis offerings to be consistent in both quality and dosage.

Cannabis extraction, which creates end products such as cannabis oils, soft gel pills and topical ointments, offers more approachable alternatives to consuming cannabis when compared to smoking. This is part of the reason that extracts are growing in popularity and medical legitimacy in markets where medical cannabis is in its nascent stage. Some recently legalized jurisdictions like Colombia have put stipulations into their medical cannabis policies specifically requiring medical cannabis to be used in extract, resin or tincture form.

Canada is famously the first G7 nation to have fully legalized cannabis for adult use. The country was also the first to nationally legalize medical cannabis in the early 2000s. This means that Canadian cannabis producers have a huge head start on cornering the global market for cannabis extracts. Health Canada has granted over 150 production licenses to companies across the country. It has also granted over 70 sales licenses, which allow for the exportation of cannabis to other legalized medical cannabis jurisdictions, subject to certifications like Good Manufacturing Practices (GMP) for the EU. Licensed Canadian producers and sellers have been able to establish themselves domestically and use the head start to research and develop cutting edge, cost-efficient techniques to apply towards the development of innovative new cannabis products.

As other jurisdictions scramble to set up the cultivation and extraction infrastructure necessary to support growth in their new markets, Canadian licensed producers have already established their operations and are working towards supplying the vast demand that exists following adult-use legalization in October 2018. While the industry works to fill the domestic supply gap, producers are also strategically establishing supply agreements abroad.

While there are cannabis producers in the United States with more experience in extraction, these companies are held back from exporting their products by the United States’ federal policy of prohibition, effectively shutting them out of the international market. Opportunities are opening up for the US extracts market, however, following the passing of the 2018 Farm Bill, which federally legalized the production of the hemp plant, a cannabis variety with less than 0.3 percent THC. This is expected to benefit companies developing products with high CBD content as they will have access to a greater supply of hemp, but the end products will still remain regulated.

Canadian cannabis producers have wasted no time pressing their current advantage. Canada only began exporting cannabis in 2016 with the election of Justin Trudeau’s Liberal government. In the first half of Canada’s 2018/2019 fiscal year, 938 kilograms of Canadian cannabis flower and 360 liters of oil were shipped overseas.

Canopy Growth (TSX:WEED,NYSE:CGC) became the first company to export cannabis to a G7 country in 2016 through its German subsidiary MedCann Pharma and Nutraceuticals. Aurora Cannabis (TSX:ACB,NYSE:ACB) soon followed suit with the acquisition of German medical cannabis provider Pedanios. Similarly, Valens GroWorks (TSX:VGW) is now in the process of setting up its own partnerships and distribution networks to move into the European market. The company has established multiple extraction agreements locally with Canopy Growth and Organigram (TSXV:OGI). With a population of over 500 million people, the European Union has significant potential to develop into a robust cannabis industry.

Australia also legalized medical cannabis in 2016, and the land down under closely follows Germany as the second largest importer of Canadian cannabis, with 145.4 kilograms imported in 2017. Canadian cannabis company Aphria (TSX:APH,NYSE:APHA) was one of the first to move into this market in 2016, signing a deal with Australian medical life science company Medlab Clinical (ASX:MDC) to export cannabis into the country. As with Europe, Valens is also in pursuit of partnerships and networks to move into Australia.

The South American market presents a significant opportunity as well, with countries like Colombia, Brazil, Chile and Peru all opening the door to medical cannabis in recent years. Colombia presents a unique opportunity for companies specializing in extracts, as the country has legalized extracts only for medical use. Several major Canadian cannabis producers have forged partnerships and created subsidiaries specifically to focus on Latin America.

The legalization of cannabis in Canada has sparked a wave of cannabis reform around the world. The number of countries legalizing medical cannabis over the past couple of years has been unprecedented, and Canadian cannabis companies have been lucky enough to get the head start necessary to be prepared to move into these new markets. With this first-mover advantage, Canadian cannabis companies have the opportunity to become some of the world’s first international cannabis giants.

The information contained here is for information purposes only and is not to be construed as an offer or solicitation for the sale or purchase of securities. Readers should conduct their own research for all information publicly available concerning the company. Prior to making any investment decision, it is recommended that readers consult directly with The Valens Company and seek advice from a qualified investment advisor.