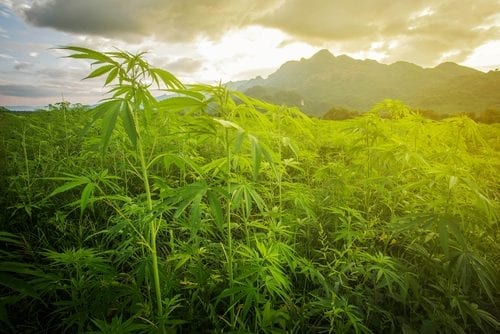 The global legal medical cannabis market is expanding, and the markets of the Asia-Pacific region are rapidly taking shape.

Over the past several years, the international community has reached a tipping point regarding the liberalization of cannabis across the globe. The number of legal jurisdictions that are making progress towards improving cannabis access at this very moment is truly unprecedented. Cannabis reform has become a global phenomenon. The wave of legalization that began in North America has been followed by Europe and South America, and now it’s happening in the Asia-Pacific markets. From Oceania to Southeast Asia, the ripple effect is evident as consumers and governments realize the potential that medical cannabis presents both socially and economically.

Established North American cannabis companies have a clear opportunity in new emerging markets. With an effective market entry strategy, established companies can leverage their operational experience to their advantage, strategically partnering with local players while establishing themselves as cornerstones of these international cannabis spaces. The process of entering a new national market is not without risk, however the benefits of first-mover advantage can be significant, providing a unique opportunity for major international companies.

There are currently dozens of countries with active cannabis legalization efforts. So far, nearly all of these legislative efforts have focused on highly restrictive access to cannabis for medical purposes. However, as we’ve seen in many of the earliest legal cannabis markets, medical legislation in these new markets could serve as a precursor for further legal cannabis reform. As more medical cannabis markets open up around the world, the global medical cannabis industry could reach US$146.4 billion by the end of 2025, according to an April 2018 report by Grand View Research.

The first country in the Asia-Pacific region to see legislative movement on the cannabis front was Australia. After legalizing medical cannabis in February 2016, Australia’s medical cannabis landscape is still developing. Lawmakers are still in the process of building a regulatory system for production and access to cannabis, but medical cannabis is increasingly becoming available to Australian patients who need it. While approximately seven people per day are being approved for medical cannabis in Australia, long-term projections suggest the Oceanic cannabis market is expected to boom.

According to Prohibition Partners’ Oceania Cannabis Report, the combined Australia-New Zealand market could reach US$8.7 billion by 2028. The early days of the Australian cannabis market could still offer plenty of early stage growth opportunities for established companies moving into the land down under.

New Zealand’s cannabis reform is moving at a remarkably fast pace. The New Zealand parliament voted to legalize medical cannabis in late 2018, and already recreational legalization could be within sight. Along with medical cannabis legislation, the New Zealand federal government announced that a referendum will be held alongside the 2020 federal election regarding adult-use recreational cannabis legalization. According to the NZ Drug Foundation, the country’s cannabis market could bring in an estimated $240 million yearly in tax revenue.

Medical legalization in Australia and New Zealand could help pave the way for both countries to become cannabis production hubs for international markets. Oceania’s proximity to Southeast Asia puts cannabis producers operating in these countries in a unique position to serve emerging Asian markets.

In late 2018, Thailand became the first of those. Thailand is a country with a rich cannabis cultural history. For centuries, Thailand was known for its unique cannabis strains and cannabis was an integral part of traditional Thai medicine and cuisine. As was the case for cannabis in most countries, Thailand’s legal cannabis market was previously hindered due to pressure from western political influences. In December 2018, the Thai military government unanimously voted to legalize medical cannabis use, becoming the first Southeast Asian country to do so.

In recent years, the ruling party in the Philippines has stepped up its involvement in the war on drugs. However, there is hope that soon medical cannabis may not be included in this harsh policy; its use is supported by President Rodrigo Duterte. A bill to legalize and regulate medical cannabis was approved in the Philippine House of Representatives in January 2019. The measure also calls for the creation of a Medical Cannabis Compassionate Center, which would serve as the starting point for the creation of a legal cannabis industry.

Cannabis laws are being reformed in unexpected and economically important jurisdictions as well. Certain medical cannabis treatments became legal in South Korea in March 2019, a noteworthy development considering that the country has historically been very conservative in regards to drug policy. Imports of medical cannabis products are tightly restricted by the South Korean Ministry of Food and Drug Safety, allowing specific treatments that have been approved and marketed in countries like the United States and the United Kingdom, including Sativex, Epidiolex, Marinol and Cesamet. Despite these restrictions, South Korea’s progressive attitude towards cannabis has been seen as a significant step forward.

The international cannabis market is a logical next step for many North American cannabis producers. Canadian cannabis giant Canopy Growth (TSX:WEED) has already set its sights on the early South Korean cannabis market. As a first step, the company has begun the process of hiring a country manager for South Korea to help build the company’s strategy for entering the brand new market.

Cannabis producers with international aspirations have recognized the opportunity presented by these emerging Asia-Pacific markets. Canadian cannabis producer MYM Nutraceuticals (CSE:MYM) is positioning itself to take full advantage of the opportunity. The company has established its MYM Australia division, which includes a head office on Australia’s Gold Coast and 400 hectares of outdoor medical cannabis cultivation in the country. The move gives MYM a foothold in the Asia-Pacific region, positioning the company to serve Australia’s emerging medical cannabis market and to export product to the Thai and Filipino markets.

2018 was a huge year for cannabis legalization efforts around the world, and so far 2019 is shaping up to be even bigger. As more jurisdictions around the world begin to legalize cannabis, established North American cannabis companies are being given a unique opportunity to expand into new markets.

One response to “A New Frontier: Developing Asia-Pacific Cannabis Markets”