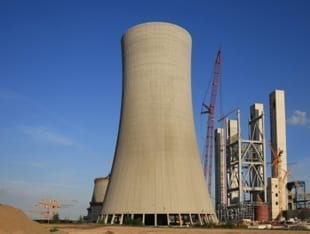 The UK has announced plans to shut of all of its remaining coal-fired power stations within the next 10 years.

The UK has announced plans to shut of all of its remaining coal-fired power stations within the next 10 years.
According to The Guardian, that makes it the first major country to do so. The UK is planning to make up the difference in power generation with gas and nuclear power plants.
“Frankly, it cannot be satisfactory for an advanced economy like the UK to be relying on polluting, carbon-intensive 50-year-old coal-fired power stations,” the BBC quotes UK Energy Secretary Amber Rudd as saying. “Let me be clear: this is not the future. We need to build a new energy infrastructure, fit for the 21st century.”
To be sure, many are concerned about the effects of continued reliance on coal for power generation. Keith Burnard, head of the Energy Supply Technology Unit at the International Energy Agency, has said that the world needs to drastically reduce the percentage of electricity produced from coal-fired power in order to have the best chance of keeping climate change in check.
Coal currently produces roughly 41 percent of the world’s electricity, but ideally that will come down to 13 percent by 2050. Most of that 13 percent will also need to involve carbon capture and storage technologies, Burnard said.
The BBC notes that coal plants in the UK will not be closed if they manage to add carbon capture and storage capabilities by 2025.