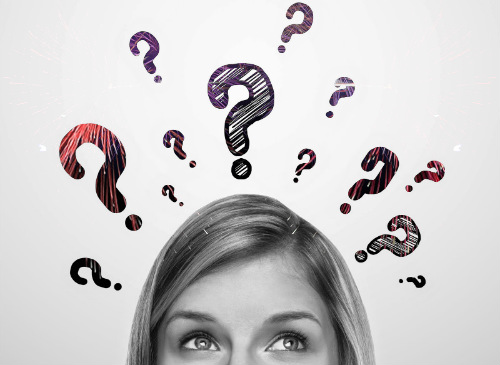 Despite its exciting applications, graphene is not currently widely used, and cost is a key reason why. Here’s a look at the factors that impact graphene cost.

Researchers are understandably excited about graphene’s many desirable and unique properties, including its high electrical conductivity, and believe it has the potential to spur advances in a variety of sectors — from transport to medicine to electronics.

However, despite its many exciting applications, graphene is not currently widely used, and its cost is a key reason why. While graphene prices have come down since 2010, when it reportedly cost tens of thousands of dollars to make a piece of graphene the size of a postage stamp, it remains expensive (though specific pricing data is hard to come by).

Notably, graphene’s properties have been applied to graphene-polymer composites. Together, these materials are effective in energy, biomedicine, aerospace and electronics applications. In addition, graphene can be used for water purification due to its naturally occurring water repellent properties.

Other key applications of graphene include graphene conductive inks, which can be used for printed electronics in applications like logic circuits, inkjet printing, environmental sensors and smart clothing.

With that in mind, here’s a look at how graphene is made, and why the production process plays such a key role in graphene cost.

Graphene’s origin story is by now well known. The 2D material was first produced in 2004, when two professors at the University of Manchester used Scotch tape to peel flakes of it off a chunk of graphite.

The story gives the impression that it’s easy to make graphene, but that’s not entirely true. Yes, anyone with some Scotch tape and a piece of graphite can do it, but although it is simple to make a small amount of the material, it’s actually not easy to make a lot of graphene.

An article published by The Atlantic sums up the situation well: By using the Scotch tape method it’s possible to produce a very small amount of graphene; however, the material’s myriad applications “require more than a tiny flake of graphene, and scaling up production requires something other than a really big piece of scotch tape.”

The Scotch tape method of making graphene is known as exfoliation, and there are other ways to create graphene via exfoliated graphite as well. For instance, a diamond wedge can cleave graphene layers.

But what are some other ways of making graphene? Currently, the most popular method is chemical vapor deposition (CVD). As the Atlantic explains, the deposition process involves a mix of gases reacting with a surface to create a graphene layer. The process creates high-quality graphene, but the graphene is often damaged when it comes time to detach it from its substrate.

Looking at the process in greater depth, Graphenea states that another problem with CVD is that it’s difficult to create a totally uniform layer of graphene on a substrate.

Graphenea also notes that much work is being put into reducing problems with CVD. For example, scientists are experimenting with treating the substrate before the reaction that creates graphene takes place. Even so, it’s expected that it will take a long time for the wrinkles to be smoothed out.

The Graphene Flagship identifies a number of other ways of making graphene as well, including direct chemical synthesis; the material can also be made by putting natural graphite in a solution.

Some of the latest innovations in graphene creation don’t involve the use of chemicals and can be conducted in the open air, as opposed to in vacuums. One method that was patented in 2017 is able to create larger quantities of graphene using acetylene, oxygen and a spark plug.

Unfortunately, this process creates unrefined chunks of material and not sheets, meaning more money must be spent to make the graphene chunks useable.

As Graphenea explains in another article, graphene cost is linked to graphene quality. As an example, it points to graphene oxide, which is inexpensive. While it can be used for advanced composite and biotechnology applications, it can’t be used in batteries, flexible touch screens and “other advanced opto-electronic applications.”

In contrast, CVD graphene, which the publication says “offers sufficient quality for almost any graphene application,” is priced based on production volume and the cost of transferring the graphene from the substrate on which it is grown. Essentially what that means is that buying high-quality graphene in large volumes is cheaper than buying a small quantity of it.

The issue there, of course, is that with no commercial applications for graphene yet available, few are looking to buy the material in large quantities. As a result, graphene is for the most part not cheap.

Those involved in the graphene space hope that ultimately commercial applications for the material will be developed, spurring advances that will make mass production of the material a reality.

According to a Visual Capitalist infographic, graphene products have the potential to be used in next-generation electronics such as flexible and foldable screens, enhanced batteries and “lightning speed” computers. Graphene could also be used to create more fuel-efficient cars, faster and lighter aircraft and paint that could end deterioration of ships and cars. Overall, there’s no shortage of what graphene products have the potential to do, making the space incredibly exciting.

And the future of graphene technology is growing, literally. MIT announced in April 2018 that researchers have developed a new, scalable way to manufacture graphene — by growing it. It’s still in the initial phases of development, but this could be the answer graphene watchers have been waiting for.

For its part, Techradar has highlighted 40 ways that graphene could disrupt a number of industries, discussing how it is currently being used in the Huawei Mate 20 X to help prevent the phone from overheating. Another example is Italcementi’s “conductive cement” made with graphene that conducts electricity without the use of electrical cables. Graphene could even be used to dramatically improve solar cells in the future, because it could be almost four times as inexpensive to manufacture.

In terms of market growth, according to Grand View Research, the graphene industry is projected to grow at a compound annual growth rate of 38 percent between 2017 and 2025. The report notes that multinational companies are the core drivers of demand for the ultralight and durable material.

Securities Disclosure: I, Dorothy Neufeld, currently hold no direct investment interest in any company mentioned in this article.

See our exclusive index of Nanoscience companies on the move
EXPLORE