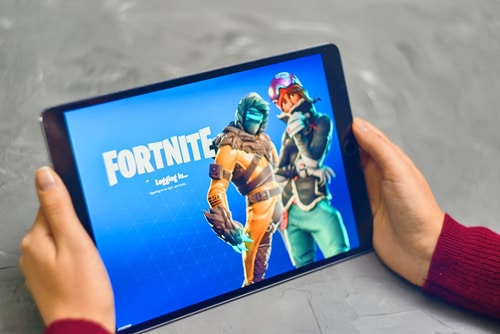 With the gaming industry set to US$174 billion in revenues by 2021, investors have plenty of opportunities to jump into the sector.

The introduction of new gaming devices coupled with the advancement of existing gadgets has paved the way for the gaming industry to reach new heights in terms of market value in the upcoming years.

Gamers have been spoilt for choices in the last decade as game publishers have been releasing gaming titles across multiple platforms, including mobile, personal computers (PC), tablets and consoles.

On that note, the Investing News Network (INN) takes a look at the digital gaming industry as to what makes it lucrative in addition to highlighting stocks along with exchange-traded funds (ETFs) for investor consideration.

This article continues below the Gaming Investing Table of Contents.

The article listed below provides an overview of investing in securities from Gaming Investing News.

Outlook and Opportunities in the Gaming Industry

Gaming industry: What makes it attractive?

Newzoo, a global provider of games and esports analytics, said in a report in February 2019 that the global esports economy will top US$1 billion for the first time in 2019. The firm published the findings in the fifth edition of its Global Esports Market Report, where it highlighted that 2019 would be a “momentous year” for esports.

Amongst the esports verticals projected for the highest growth in 2019 is media rights, which is estimated to generate US$251.3 million, up 41.3 percent from the previous year. However, sponsorship is set to be the highest grossing vertical of esports with it generating US$456.7 million in 2019, up by 34.3 percent from 2018.

It has to be noted that esports will be featured as a medal sport at the 2019 Southeast Asian Games. Further, many brands across the world including Coca-Cola (NYSE:KO) and Kellogg’s (NYSE:K) have started tap into the esports sponsorship scene.

“Esports’ impressive audience and viewership growth is a direct result of an engaging viewership experience untethered to traditional media,” Peter Warman, CEO of Newzoo, said in the report.

Warman said that the brands have realised that the leagues and tournaments have a “huge audience,” which makes it a compelling factor for brands to “monetize these esports enthusiasts.”

“The result: 2019 will be the first billion-dollar year for esports, a market that will continue to attract brands across all industries,” Warman said.

Looking ahead, Newzoo expects the esports market to reach US$1.8 billion by 2022 with the firm projecting a US$3.2 billion figure in a “more optimistic scenario” if the segments of esports has an accelerated growth.

While the digital gaming industry has numerous sub divisions, it’s esports that has been projected to witness the fastest growth by numerous firms including PwC and Deloitte.

In June 2018, PwC published a report which highlighted the long term trends of the global entertainment and media (E&M) industry, which included video games and esports along with segments like internet advertising, virtual reality, cinema and TV/audio.

PwC said that mobile games would be a major driving factor for esports due to a “low barrier to entry for  such games” as compared to a traditional PC. Crucially, the firm said that esports would be the fastest growing sector in the E&M industry.

Meanwhile, PwC highlighted that the overall video games market, which topped US$106 billion in 2017, would grow at a CAGR of seven percent over the next five years. The firm said that the factors contributing to its growth would include digital distribution, more games as services, and growing contributions from microtransactions.

In November 2018, Newzoo published a separate report for the global games market which revealed that the sector would touch US$134.9 billion in revenues in 2018, translating to a 10.9 percent year-on-year growth.

The firm segregated the market based on gaming platforms with mobile projected to contribute US$63.2 billion in revenue, a 12.8 percent increase from 2017. The PC segment was set to account for US$33.4 billion, which translated to 25 percent of total revenues, while consoles would rake in 28 percent, or US$38.3 billion in revenues.

Further breakdown of mobile segment highlights that the smartphone market was a major contributor at US$50 billion while tablet games chipped in US$13.2 billion in revenue.

Looking ahead, the firm estimates that the market will hit US$174 billion in revenues by 2021 with mobile games accounting for 52 percent of revenues. Newzoo suggested that the overall industry would grow at a rate of 10.9 percent from the 2017 levels.

How to invest in gaming: Stocks

Stocks are often the popular choice for investors looking to make an investment in this space. Considering the industry involves multiple sectors, investors have plenty of options. Here’s a look at the companies involved in the space as mentioned in our esports and digital games stocks list:

It’s important to know that both esports and gaming involves several components apart from software as noted in our guide to investing in esports. Investors can look at related stocks including NVIDIA (NASDAQ:NVDA), which makes computer chips and Microsoft (NASDAQ:MSFT) and Logitech International (NASDAQ:LOGI). Both Microsoft and Logitech make several components related to gaming including mice, keyboards and headsets.

How to invest in gaming: ETFs

Investors who want to enter the space as a whole rather than specific companies can look at the following two etfs for investment opportunities as they cover broader areas of gaming.The following ETFs were pulled from ETFdb.com.

With so much growth projected for this broad sector, investors have plenty of opportunities to ride the gaming wave.

Is there any particular stock or a segment that you’re interested in? Let us know in the comments below.