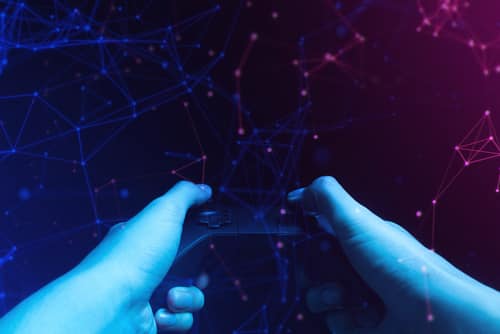 Led by a management team with a long history in the video game industry — including stints at Electronic Arts (NASDAQ:EA) and Sega of America (OTC Pink:SGAMY,TSE:6460) — New Wave Esports operates a portfolio of esports companies that create a niche, multilayered entity.

For example, Playline is a fantasy sports platform co-founded by UFC Middleweight Champion Michael Bisping and NBA All Star Roy Hibbert. Incorporating sports betting elements, users can win up to one million dollars a day on its platform.

On the other hand, New Wave works with Tiidal, which owns one of the top-earning esports teams in North America.

Speaking to the Investing News Network (INN), New Wave Esports CEO Daniel Mitre discussed how his company doesn’t just invest in growing esports firms, but it is also working to optimize revenue streams and profitability for its holdings. Mitre further touched on New Wave’s plans to expand in Europe and Asia to establish itself as a globally recognized esports brand.

The interview has been edited for clarity and brevity. Read on for more of what Mitre had to say.

INN: You have Thunderbolt CDG, Avatar One Esports Capital, Tiidal and Playline, co-founded by UFC Middleweight Champion Michael Bisping, within your portfolio. Can you tell me why you chose to have these companies part of your holdings?

DM: So we look at esports as not just a single vertical or a certain avenue, we see it as an ecosystem. We invest into four different verticals that bring all that together.

The first one is the teams and organizations. These are the main headlines that you see coming out on Kotaku and IGN — whether it’s Team Echo Fox and their movement away from the franchise and selling it off, or a big celebrity coming in and bringing some serious financial firepower to help teams build, or a team that won, say, US$3.5 million in the Fortnite World Cup; these are massive headlines.

Teams themselves have awesome top-line revenues but are struggling to find profitability. It’s because a lot of the overhead goes into team management, salaries, et cetera.

What we’re starting to see is that teams that diversify their revenue streams and really start building a sustainable business are the ones that are going to be weathering through the growth storm.

There are a couple of teams that do that. One of them is Tiidal, which owns and operates Lazarus. They very much lean into a more holistic organization. They’re looking at content programming, because the content programming attracts eyeballs and increases their audience. That then attracts brands and sponsors to latch on their sponsorship dollars and their marketing budgets in order to get their products in front of new hyper-engaged eyes.

Lazarus is very much dialing that in, but they’re also winning tournaments. They won US$3.5 million in the Fortnite World Cup, which had inherent media value. All the headlines were about how they came out as one of the top-earning teams in North America.

Teams are very much vital to esports because that’s going to be the biggest media exposure, but also the biggest sector that brings in sponsorship dollars.

INN: What role do platforms have in the esports ecosystem?

DM: Like I stated earlier, this is how we’ve reached the rest of the esports world, who may not have a local scene, or they may not have access or the ability to get out to watch, say, Overwatch in-person.

We invested in this company, like you said, that’s co-founded by UFC Middleweight Champion Michael Bisping. It also has Roy Hibbert attached to the project, a two-time NBA All Star. He is coming in as an investor strategic partnership.

They have the right people in place and what they’ve done is built a daily fantasy sports platform that’s available on mobile, iOS web and Android. It allows fans to predict the stat lines and outcomes of games to potentially win up to US$1 million a day.

They’re bringing in an esports component here pretty soon with a Twitch rivals partnership. That’s going to get their esports environment out there in front of everybody.

Lastly we invest in tech and tools. This could be tools from coaching insight tools to spectator tools to data insights and analysis to allow businesses to operate better by understanding their audiences better.

We acquired a company called Thunderbolt based out of LA. They’re currently conceptualizing some tools and some platforms that we would roll out as business-to-business services, as well as bringing in some of the business-to-customer components, but it needs sponsorship connections in order to sell their audience eyeballs and generate revenue for their brand. We want to be that handshake.

INN: What is your perspective on esports betting? How would you describe user activity and revenue potential in this space specifically?

DM: It’s an interesting space. It’s starting to get quite saturated just because everybody sees the potential. When we look at betting specifically, there is a lot of revenue coming in there.

It’s interesting to set up from a company standpoint. In order to break through the static, number one, you need the proper licenses to operate betting around the world.

One company that we’ve had our eye on has the Isle of Man license. A couple of others have the Malta license. Those are key to establish first. They can be cost intensive and there are also a lot of regulations around getting those. Once you do acquire those, then you open up your audience. So now you have access to operate within the regions that the license allows you to.

Really what it’s going to come down to as well is a good user interface (UI). The UI and the user journey and experience is going to be critical in beating out your competitors. Also, it’s going to come down to proper partnerships and distribution. How do you get the community to understand your platform is the best to use, is the easiest to use, but also covers all of the different games that you play and want to bet in?

INN: What would you say are some of the biggest risks in this industry? What are you finding investors are asking you the most about?

DM: Profitability, ultimately. They’re asking, first of all, “How are people making money? Okay, we understand that. But where’s the profit margins? How are they actually coming home with money in the pocket?”

We’re building the esports industry from the ground up, especially here in North America. We take cues from Asia. Asia is 20 years running. They have had esports in their pop culture for a long time, so they definitely have an edge up there. Europe has a great collegiate scene behind them.

We have the power to shape how esports is going to unfold, especially with all these publishers and developers in our backyard. We look at Activision (NASDAQ:ATVI) and Bobby Kotick. He’s talking about the Overwatch League and the investment in that, and it’s really a 10 year plan for him.

That tells me that they’re in this for the long haul, but we’re not going to start seeing major profitability for a couple of years after this is all incubated and starts to grow, and we start to dial in the audiences.

INN: What kind of attributes are you looking for as part of your portfolio, and what is your outlook going forward into next year?

DM: To this point, we’ve invested in companies that have the potential of growth. We know that it is sort of accelerant and incubative. We look at companies that are led by great experts that know how to build businesses, are uniquely positioned within esports to thrive, but also have a great product in place — whether that’s a platform or a team — that has the legs to stand.

As we go forward, we’re looking at expanding into Asia. We will be opening up our Asian department and that’s going to open up our Asian deal flow. We tapped into this long standing matured esports ecosystem out there in the Asian region.

Then we’ll replicate that over into Europe, so we have a true global footprint. It’s important for us to be globally recognized in attracting global deals and working on a global level. We come in as operators within our companies, which is a very important takeaway here: that we’re not just an investment group.

Ultimately, by the end of the year, we’ll have a couple more investments in place and really build this portfolio and continue to build profitability behind it.

Editorial Disclosure: New Wave Esports is a client of the Investing News Network. This article is not paid-for content.