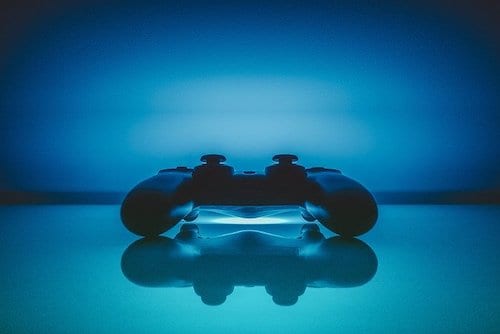 At the Gaming Society Executive Conference in Vancouver, BC, panelists discussed how they analyze and evaluate esports companies.

On Tuesday (December 3), The Gaming Society Executive Conference at UBC Robson Square in Vancouver, British Columbia, hosted a number of esports veterans to discuss the current investment landscape in the industry.

Among the central themes in the investor panel — which featured Julia Becker, head of investor relations at Enthusiast Gaming (TSXV:EGLX); Samarth Chandola, CEO of Audicia Ventures; and Andrew Creech, director of capital formation at the TSX Venture Exchange — were revenue generation strategies within esports companies.

Ahead of the panel, moderator Manny Medrano, partner at Los Angeles-based Zuber Lawler, discussed how esports is a central focus to the firm. “It is the next frontier for us,” he said. Medrano noted the intellectual property issues, among others, inherent within the space.

“We think the sky is the limit especially in the arena of intellectual property” says Manny Medrano of Zuber Lawler @thegamingso conference #esports pic.twitter.com/Ol2zG7PnnO

As the panel began, the discussion circled around how to evaluate an esports opportunity. Chandola remarked on company fundamentals, elaborating on how he avoids investing directly in esports teams due to the current risks involved.

“Who’s on the management team, are they revenue generating right now, is there a defined growth strategy?” says Julia Becker of @WeAreEnthusiast when asked about how she evaluates an esports opportunity @TheGamingSo #esports

Becker, alternatively, shifted the focus to three core company attributes that she focuses on: who is on the management team, is the company generating revenue and does the company have a defined growth strategy.

With the discussion moving into financing in esports, Medrano asked the panelists how hard is it to raise capital in esports.

Chandola, with over eight years experience in working in esports, noted that raising capital in esports has never been more ideal. Working in the private side of raising capital, Chandola was also the founder of V2 Games, a gaming studio based in Vancouver.

Along with this, speaking on financing activity as a whole on the TSX Venture Exchange, Creech added that there’s a third of mining interest, a third in cannabis interest and, finally, a third in technology and esports.

“A lot of the plays that you’re seeing is funding the gaming (and) technology place, not necessarily game projects or teams,” added Chandola.

Later, when asked about how they choose to fund one gaming project over another, Becker noted that, typically, games are very costly and have a lot of risk embedded within them.

“The thing we need to think about with games is typically they’re very expensive — in most cases — to build,” said Becker. Speaking bluntly, Becker added that she would not invest in a game developer due to the fact that they typically have a shelf life of six months.

Additionally, she added that the large gaming companies, such as EA (NASDAQ:EA) and Activision Blizzard (NASDAQ:ATVI), are typically sound investments; however, she said they lack the upside growth potential seen in smaller-cap gaming and esports companies. “The game publisher market is dominated by huge players right now,” she said.

On the contrary, Chandola noted that games can potentially have a shelf life of four to five years. At its core, understanding user acquisition strategy is key to growth, but it can be very nuanced and expensive.

At its essence, panelists discussed how these game development companies are applying user models driven by data science to gain a greater understanding of the lifetime value of a given user.

Along with this, Becker spoke about financial sustainability within esports companies. “They need to consider the burnout rate and how they’re going to address that,” she said.

Becker noted that she would give three to four years to invest in pure-play esports firms and teams to allow the industry to mature further.

As the panel closed, the quandary of revenue generation and monetization in esports remained largely unanswered. Still, an industry that generates US$1 billion in revenues and boasts unequaled viewership statistics is difficult to ignore.