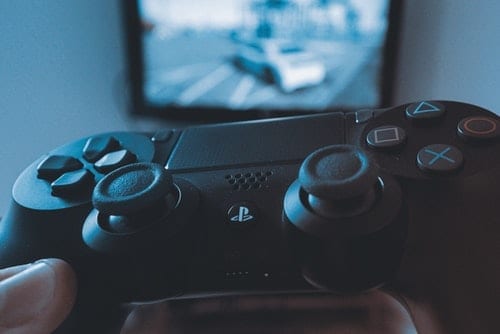 Erik Dekker of Canaccord Genuity and Sean MacGillis of Haywood Securities discuss the future of the growing esports market.

According to Erik Dekker, senior vice president and portfolio manager with Dekker Hewett Group at Canaccord Genuity, the key question behind investing in esports is, “Why now?”

Speaking to the Investing News Network (INN) in conversation with Dekker, Sean MacGillis, an investment banker at Haywood Securities, said the answer to that question lies in tangibility.

Although it has built momentum over the last 10 years, the esports market has lacked tangibility, something that both the cannabis and mining markets both have. That’s now starting to change — sold-out stadiums, multimillion dollar prize pools and record-breaking viewership data have all led the esports space to intersect with a broader investing audience.

This mainstream attention has led to major moves in the esports industry. In 2018, after the Aquilinis, who own the Vancouver Canucks hockey team, witnessed Rogers Arena in Vancouver, British Columbia, sell out at lightning speed for the Dota 2 finals, they approached media company Enthusiast Gaming (TSXV:EGLX) as Aquilini GameCo to learn more about esports.

Just over a year later, Aquilini GameCo acquired Enthusiast. The new entity has since emerged as one of the largest gaming and esports media companies in the world with an audience of 150 million viewers.

Yet despite the parabolic growth of the industry, few esports companies are listed in Canada.

“A big reason Haywood got involved in the gaming space initially, and I think the same applies with Canaccord, was (that) about a year and a half ago, there were virtually no publicly traded issuers for gaming in Canada,” MacGillis told INN.

While Enthusiast is a key player in this market, a number of smaller companies operate in the space as well, including Overactive Media Group, Tiidal Gaming, Pepper Esports and AMPD Game Technologies. Many are still privately owned.

While gaming and esports are dominated by large, multibillion dollar companies like Activision Blizzard (NASDAQ:ATVI) and Tencent Holdings (OTC Pink:TCEHY), subsections of the industry are developing.

“There’s generally been a secular theme within gaming,” MacGillis said. “People have wanted to be involved with larger issuers traditionally in the gaming space. There’s been very little focus on this new grassroots industry called esports.”

MacGillis explained that now, sophisticated investors who have long histories investing in the gaming market are being met with generalist investors whose attention has been piqued by the sheer scale of the industry.

“It’s getting to the point where people can’t ignore it,” he said. “It’s a confluence and convergence of these two investor groups. It seems to be very early innings, and we’re seeing that unfold in public markets.”

The trouble with gaming and esports is that they are still largely misunderstood by the general public.

“Gaming is bigger than film box offices, bigger than television, bigger than digital music. I think it’s about a US$116 billion market at this time,” Dekker told INN.

From a monetization perspective, gaming and esports have characteristics that appear to show sustained growth over the long term.

“Music’s growing at 7 percent on a US$19 billion base, movies are growing at 1 percent year-over-year, gaming is growing at 9 percent. So it’s significantly bigger and growing significantly faster,” said MacGillis, citing a recently published Credit Suisse (NYSE:CS) report on the gaming market.

With projected growth figures outpacing those for other mediums, Dekker has high expectations for the future. “I would expect that growth to continue or be bigger in the years to come,” he said.

Gaming revenue models can take a number of different forms. Media-centric models are coming from a source of strength, based on utilizing revenues from ticket sales, merchandise, advertising, sponsorship revenue and gambling, said MacGillis.

Some companies are taking a different approach. Dekker said that Overactive Media, for instance, is approaching the industry from a franchised team model.

“There will be an increase in the value of the franchises as esports continues to grow,” he said. Still, he added that it is difficult to compete with the media model of other esports companies.

While top-tier esports teams can go for US$25 million to US$35 million, competing for millions in tournament prizes is only one piece of the picture.

“When you’re wrapping up as many captive eyeballs as possible in the gaming space, that’s where the real value is going to accrue,” said MacGillis.

For example, when EA (NASDAQ:EA) rolled out its Call of Duty franchise model, it broke historical records for content adoption. Instead of applying a traditional distribution model approach, it teamed up with streamers and influencers to distribute its product.

“This is almost the future of influencing purchase decisions in gaming,” said MacGillis.