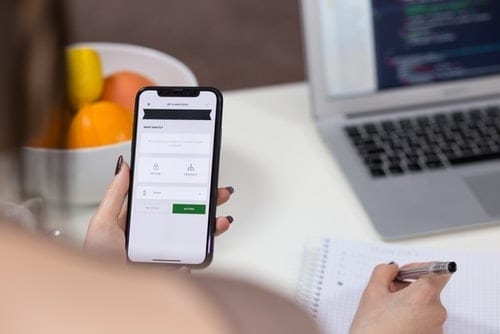 According to a Monday (October 21) report from Fiserv (NASDAQ:FISV), over the last two years close to two-thirds of US loan applications have been made fully or partially online.

This trend has been made more pronounced due to a rise in mobile and phone applications.

“Today’s borrower seeks a differentiated experience via any channel they choose, and they are increasingly comfortable completing loan applications through mobile devices, including their phones,” Byron Vielehr, executive vice president and senior group president at Fiserv, said in a press release.

Online lending applications increased by almost 10 percent from the previous period, rising from 56 percent of total applications to 65 percent.

Shifts in technology are part of the reason for these changes, but consumer behaviors are changing as well. Fiserv notes that the use of mobile phones for home applications has nearly doubled, with 35 percent of all applications initiated by phone.

With credit card debt increasing, corporate loans ballooning and interest rates hugging record levels, the current lending environment has made loan applications easier than ever over the past few years.

This has been coupled with the emergence of new lending options and near-immediate lending approval times. According to recent information from JD Power, a consumer insight firm, alternative lenders are gaining a foothold on traditional lenders through offering these convenient features.

“Given that half of all personal loans are used for debt consolidation or to pay off a credit card, it’s crucial that lenders get the customer interaction formula right with easy-to-navigate digital applications and rapid approval processes,” said John Cabell, wealth and lending intelligence practice lead at JD Power.

JD Power hones in on one key takeaway from its findings, reporting that digital loans lead to the highest level of both consumer satisfaction and understanding during the loan application process.

This is partly because these newer entrants are offering more services and are growing exponentially.

For example, Progressa witnessed close to 7,000 percent growth between 2013 and 2018, Canadian Business states. On a smaller scale, IOU Financial (TSXV:IOU), based in Montreal, Quebec, has seen its share price rise over 77 percent since 2018.

Similarly, goeasy (TSX:GSY), a diversified online lending company, was recently named one of the fastest-growing companies in Canada. Year-to-date, its shares have risen over 50 percent.

As these trends progress, it’s important to realize that online lending has far-reaching implications, as easy access to capital has the potential to exacerbate default and credit risk for consumers.

Take, for example, mortgage debt. In a report on vulnerabilities in the Canadian financial system, the Bank of Canada states that although household debt remains high in Canada, mortgage lending quality has improved due to more stringent mortgage stress tests and stricter mortgage regulations.

The Bank of Canada’s report also emphasizes the problem of assessing vulnerabilities connected with mortgages — while data on mortgages collected from banks and insurers is generally strong, alternative mortgage lending data, often derived from online sources, can provide a less-than-clear picture.