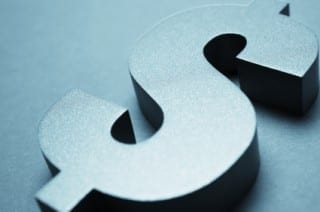 Sonnenshein spoke about the pros and cons of bitcoin’s increasingly regulated landscape.

As bitcoin becomes more mainstream, tension is emerging between its roots as a radically deregulated digital currency and its future as an institutionally recognized investment and form of payment.
The Investing News Network spoke with Michael Sonnenshein, director of sales and business development at Grayscale Investments, to hear his views on the future of regulated bitcoin investing.

Once viewed as a fringe currency used only by criminals and conspiracy theorists, bitcoin has finally outgrown this early reputation to become the foremost digital currency on the market.
Case in point: at the end of April, Goldman Sachs (NYSE:GS) became a lead investor in a $50-million round of funding for startup Circle Internet Financial, which uses bitcoin-based systems to store and transfer money between customers and merchants. In June, NASDAQ (NASDAQ:NDAQ) also made a highly publicized move to embrace bitcoin by partnering with Chain to leverage blockchain technology on the NASDAQ Private Market. In a press release, NASDAQ CEO Bob Greifeld explained the decision to adopt a blockchain platform as a desire “to be at the center of this watershed development.”
Bitcoin’s embrace by mainstream financial institutions may indeed be a watershed development. However, some smaller bitcoin companies are chafing against the increased regulation that this transition entails.

The case against regulation

The regulation issue came to a head last week as the deadline to apply for a BitLicence passed. BitLicence is New York State’s effort to increase regulation in the bitcoin community. The licence is required for all digital currency businesses that hold customer funds, and qualifies them as “money transmitters.” BitLicence has been incredibly controversial within the bitcoin community, with several prominent New York bitcoin exchanges choosing to leave the state rather than agree to the license. Coindesk reported that Kraken, Bitfinex, GoCoin, BTC Guild, Poloniex, Genesis Mining, Eobot and LocalBitcoins are among the companies that have chosen to leave rather than deal with the licensing hassle.
According to Fortune, most smaller companies are choosing to cease operations in the state for financial reasons. Although the licence itself is only $5,000, it is costing companies exorbitant amounts in legal fees and related costs. George Frost, executive vice president and chief legal officer at Bitstamp, estimates that the application cost his company upwards of $100,000. This hefty sum was simply not a good business proposition for some of the state’s smaller organizations.

Though he recognizes the drawbacks of licencing, Grayscale’s Sonnenshein believes these steps towards increased regulation are beneficial for the bitcoin industry overall. Grayscale, a wholly owned subsidiary of Digital Currency Group, is a digital currency-focused asset manager that sponsors the first publicly available bitcoin investment vehicle, the Bitcoin Investment Trust (OTCMKTS:GBTC).
The trust represents a departure from bitcoin’s origins as a radically deregulated currency. Instead, the trust offers titled ownership through a traditional security structure, rendering it eligible for tax advantages. Sonnenshein sees this accessible, traditional security format as positive progress for bitcoin.
He noted that investors face problems such as where and who to buy bitcoin from, and may not be comfortable “wiring money to whichever counterparty it may be, or whichever geography it may be in, and also [may wonder] how to store that bitcoin safely and securely.” His company’s trust addresses those issues by “offer[ing] investors the ability to get exposed to bitcoin through a titled investment rather than having to navigate the aforementioned challenges.” More specifically, the fund offers several advantages: it is fully audited by EY, it can be held directly within a diversified investment portfolio, it offers a tax-advantaged investment in bitcoin and it can pass easily to an individual’s beneficiary.
It seems as though bitcoin has finally grown up, becoming a retirement investment rather than a renegade, unregulated currency. And that isn’t a bad thing. As the currency increases in regulation, it is becoming incorporated more into the mainstream, becoming the “watershed development” that Greifeld predicted.

Related reading:
What is Bitcoin Investing?
Why Should I Investing in Bitcoin?