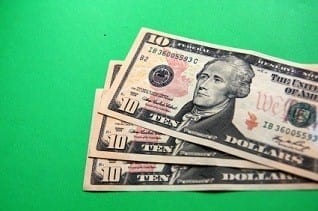 Bitcoin is a valuable currency for remittance markets. However, that could be set to change as bitcoin regulation increases.

While bitcoin is proving to be a savvy investment opportunity in financial capitals, it also offers value as an alternative form of currency in the developing world.
Remittance markets are beginning to adopt the digital currency as an alternative to traditional currencies with high transfer costs. However, some lawmakers remain concerned about the currency’s impact on these developing markets.

Bitcoin has strong ties to remittance markets, offering an unregulated alternative to the expensive, difficult and time-consuming process of wiring money overseas. The World Bank reported that Africans pay more than any other migrant group to transfer money back home, and bitcoin companies are recognizing that issue in this ever-growing market.
Michael Sonnenshein, Grayscale’s director of sales and business development, spoke with the Investing News Network about the importance of such developing bitcoin markets. Grayscale, who sponsors the Bitcoin Investment Trust (OTCMKTS:GBTC), a publicly quoted security that is solely invested in bitcoin, commented, “I really … see the use of bitcoin as a form of currency and a payment taking off dramatically … in the developing world.”

Sonnenshein identified mobile technology as a key reason these emerging markets are embracing bitcoin as an alternative currency. He explained that “even if the geographies and populations have the most basic of mobile cell phones, they have connectivity, and that’s all you really need to become part of the bitcoin ecosystem.”
And indeed, cell phones have already had a major impact on the developing world. According to Sonnenshein, “there was never the capital or infrastructure for landlines in the developing world, but mobile phone technology came along,” transforming the way people communicate.

However, some developing nations are wary of bitcoin’s unregulated nature. CoinDesk states that the Central Bank of Nigeria (CBN) is allegedly calling for bitcoin regulation due to fears of money laundering international penalties.
Obot Akpan, deputy director of the financial policy and regulation department at the CBN, has stated that the “Financial Action Task Force (FAFT) has observed that virtual currency payment products and services (VCPPS) present opportunity for money laundering and other crime risk that must be identified and mitigated. Virtual currencies present a wide range of issues and challenges that require financial authorities to consider and the challenges posed are unique and call for urgent regulator responses.” It remains to be seen what these regulator responses will be, and how they will affect Nigeria’s bitcoin community.
All that said, despite uncertainty, bitcoin’s role in remittance markets appears to be an incredibly promising, untapped opportunity for digital currency enthusiasts.

Institutional Investors Boosting Cryptocurrencies, Expert Says
Why is Cybersecurity Important?
Jeff Bockman: The State and Future of Immunotherapies
Top Fintech Stocks of 2018 on the NASDAQ