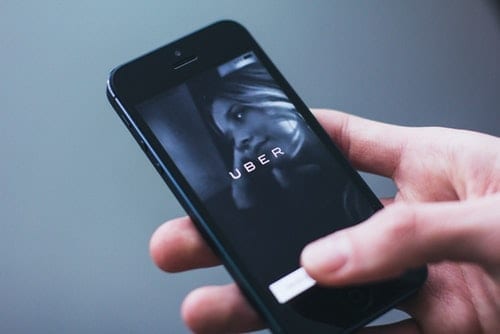 Uber’s shares have sunk 17 percent since opening on Friday, bringing its market capitalization to US$62 billion.

In its second day of trading on Monday (May 13), Uber Technologies (NYSE:UBER) witnessed its shares drop to US$37.10, a 17 percent slump from its initial public offering (IPO) opening price.

Uber made its New York Stock Exchange (NYSE) debut on Friday (May 10) at US$45 per share.

As the largest US IPO since Facebook (NASDAQ:FB) in 2012, Uber’s IPO fetched US$8.1 billion prior to opening on Friday. In little to no time, Uber has lost IPO investors US$655 million, according to Axios.

Meanwhile, investors who bought into Uber in 2016 have seen their investments lose 15 percent in value. Overall, Uber’s market capitalization has sunk to US$62 billion, says Fortune, a far cry from the US$100 billion that the company was hoping to raise.

“Uber has grown to dominate the ride-hailing business by offering steep discounts. On Friday, Wall Street returned the favor,” reported the Financial Times.

In an email to Uber employees, CEO Dara Khosrowshahi referenced Facebook and Amazon’s (NASDAQ:AMZN) post-IPO price recoveries. “Look at how they have delivered since. Our road will be the same,” the Financial Times quotes him as saying. In 2012, Facebook issued its shares at US$38 each, and it then took over a year for them to rise above the issue price.

A growing score of analysts are offering hesitant outlooks on the company. “We believe that recent price reductions for both Uber and Lyft (NASDAQ:LYFT) may be indicative of investor hesitance to invest in highly capital-intensive, deeply unprofitable and untested business models at this late stage of the economic cycle,” said Pitchbook analyst Asad Hussain.

Nicholas Colas, co-founder of DataTrek Research, noted that there is a distinct separation between the retail perspective versus the private equity view of the recent Uber and Lyft valuations. According to Business Insider, Colas cited positive operating cash flow as an important variable. In 2018, Uber lost US$280 million in operating cash flow.

Uber’s primary competitor, Lyft, also saw its shares drop over 5 percent on Monday to US$48.18. Its March IPO price was US$72. Lyft’s early stage investors have not seen their shares lose as much value as Uber’s, however. Axios says the highest price paid for Lyft shares among these investors was US$47.35.

In an industry kept afloat by private equity funding, investors and analysts are questioning Uber’s untested ride-hailing business model. Uber’s IPO share performance is among the worst in history for companies exceeding a US$1 billion valuation.

In its S-1 filing with the SEC on April 26, Uber reported its 2018 year-end financial results, which showed adjusted earnings before interest, taxes, depreciation and amortization of negative US$1.875 billion. Meanwhile, the company’s revenue stood at US$11.27 billion, rising over 42 percent in 2018.

Market conditions didn’t help. Last week saw the S&P 500 (INDEXSP:.INX) experience its worst week to date in 2019 as trade spats between the US and China flared. On Monday, speculation surrounded whether China will retaliate to US tariffs by selling its US treasuries. Currently, China holds US$1.1 trillion in US treasuries, equivalent to 7 percent of total US national public debt.

In addition, tariffs between 20 and 25 percent were imposed on US goods by China on Monday, double the proposed 10 percent.

What is Fintech?
10 Top Technology Stocks by Market Cap
Overwatch League Starts 2020 Season with New City-based Format
How to Invest in a Technology ETF