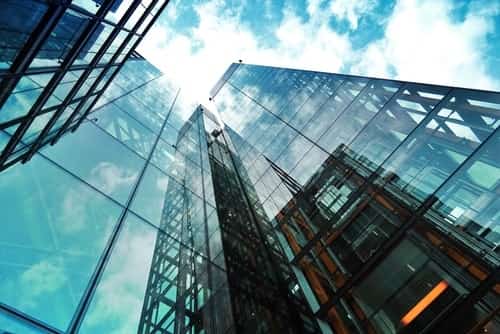 On Thursday (September 26), The Wall Street Journal reported that floundering tech unicorn WeWork will be laying off 20 employees under new Co-CEOs Artie Minson and Sebastian Gunningham.

This comes days after former CEO Adam Neumann was ousted due to a series of missteps in the WeWork initial public offering (IPO) and after amassing huge losses for the office-sharing company.

Fellow unicorn Peloton (NASDAQ:PTON) underwent its IPO on Thursday. The health data company swiftly erased US$900 million in shareholder value on its inaugural trading day. Shares opened at US$27 and closed at US$25.76 —11 percent lower than the company’s offering price of US$29.

Looking back over the week, in the small- and mid-cap spaces, the five top gainers were as follows:

This Florida-based mobile and internet of things company, which has seen its share price lag over 16 percent this year, develops sensor technologies, encryption services and biometric identity verification technology, among other things. NXT-ID’s primary products include its digital credit card, Flye, and its smart wallet, Wocket.

While Innodata reported no news last week, on September 18, its subsidiary, Agility PR Solutions, launched a media-monitoring software. Its central functionalities include intuitive workflows and advanced search and reporting capabilities.

Chicago-based Professional Diversity Network is an online platform that connects employers with a broad cross section of individuals. Central to its purpose is connecting employers with a diverse network of candidates while incorporating educational workshops and networking opportunities.

Professional Diversity Network released no news over the last week, although in June it launched a new subsidiary headquartered in Beijing that will develop educational programs for children from kindergarten to grade 12.

Verb Technology Company’s shares have dropped 95 percent since it launched in November 2014, but the company witnessed some solid gains over the last week.

On Friday, Verb partnered with Gateway Investor Relations to provide consulting services and corporate communication services. Its shares had reached US$1.16 as of 11:42 a.m. EDT on Friday, representing a 9.1 percent increase.

Capping off the list is data and cloud solutions provider Internap. PerformanceIP, its network technology, is designed to cut traffic latency by 44 percent, increasing speed and network responsivity. Along with network services, Internap operates data centers in North America, Asia and Europe.

Although Internap had no news announcements last week, on September 17, its subsidiary Ubersmith broadened its partnership with cloud communications company Avalo Networks. The two companies are working together to transform Avalo Networks’ voice service technologies.

“Our software helps Avalo Networks execute with great efficiency and deliver first-rate service to its customers,” Kurt Daniel, CEO of Ubersmith, said in a press release.

Data for the 5 Top NASDAQ Tech Stocks articles is retrieved each Friday at 12:00 p.m. EDT using TradingView’s stock screener. Only companies with a market capitalization of less than $500 million prior to the week’s gains are included. Companies within the technology sector are considered.