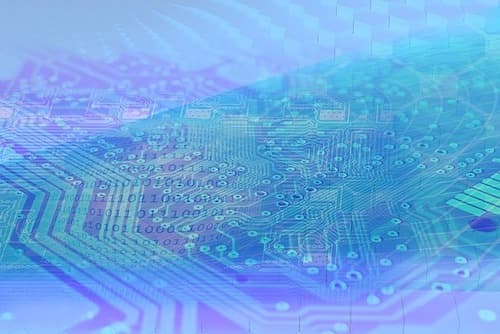 The release of September details on the Industrial Supply Management Manufacturing Index revealed dampened results for the second month in a row, causing the market to slant downwards for the week. This was followed by a more promising September jobs report on Friday, which led major US indexes to increase as much as 0.6 percent.

After sluggish results on Thursday (October 3), shares of Tesla (NASDAQ:TSLA) dropped over 5 percent as deliveries came in under analysts’ expectations. According to Barrons, Ben Kallo, an analyst at Baird, said, “We do expect gross margins will continue to expand, driven by higher volumes, increased manufacturing efficiency, and lower logistics costs.”

Looking back over the week, in the small- and mid-cap spaces, the five top gainers were as follows:

Global trade software company Powerbridge Technologies has over 1,600 clients utilizing its technology services. The company delivers a trade software-as-a-service on its cloud platform. For example, one of the services it offers is trade compliance solutions. This service extends to manufacturing operations for cross-border processing and customs clearance.

Although Powerbridge reported no news last week, in July it introduced a risk-monitoring platform at Nanning Customs in China. Employing big data and analytics, the platform allows for real-time tracking of goods as they move across the border.

HyreCar is a platform through which individuals can rent cars to drive for Uber (NYSE:UBER), Lyft (NYSE:LYFT), Postmates or Grubhub. Additionally, it offers car owners the ability to lend underutilized cars to other drivers. Car owners can make up to US$12,000 annually by listing their car. HyreCar has seen its shares increase almost 7 percent year-to-date.

Similar to Powerbridge, HyreCar reported no news last week. Its second quarter financial results came out in August, with a 67 percent year-over-year increase in revenues. Although the company reported a net loss and negative adjusted EBITDA, both of those figures improved on a year-over-year basis.

Comscore is a media data and analytics firm that focuses on audience insights across several media platforms, in addition to creating rankings across mobile platforms, video, TV and search engines.

Comscore had two major announcements last week. On Tuesday (October 1), Comscore secured a partnership with veteran media company Sarkes Tarzian, for which it will provide media analytics across TV stations in Reno, Nevada, and Chattanooga, Tennessee.

On Thursday, Comscore and CTV Media entered a partnership; CTV will be incorporating Comscore’s local and national audience analytics to its media platform.

Mobile applications company Smith Micro Software has a 35 year history covering 100 million devices. Year-to-date, it has seen its shares rise over 177 percent. Across its product offerings are graphic, retail display and messaging services.

Data for the 5 Top NASDAQ Tech Stocks articles is retrieved each Friday at 12:00 p.m. EDT using TradingView’s stock screener. Only companies with a market capitalization of less than $500 million prior to the week’s gains are included. Companies within the technology sector are considered.