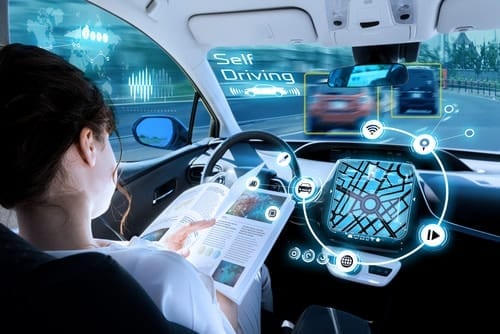 Quantum is targeting the autonomous vehicle market which is set to witness a compound annual growth rate of 39.5 percent between 2019 and 2026 with its new mobile storage product.

Quantum (NYSE:QTM) announced on Thursday (November 15) its new ruggedized, in-vehicle storage solution catering to the needs of mobile and remote capture of video along with other IoT sensor data.

The company said that the in-vehicle storage products are designed for various mobile environments, including autonomous vehicle development where large amounts of video, image and sensor data is produced.

Quantum said that the product streamlines data ingest by including unique features which facilitates automatic offloading of data to shared storage environment. Further, the company said that the product works in conjunction with its StorNext file system, leading to a complete solution for autonomous vehicle development.

“Autonomous driving has the potential to change society in profound ways, and its development depends on an enormous volume of rich media,” Mark Pastor, data archive product director at Quantum, said in the release.

Crucially, the company acknowledges that the autonomous vehicle development undergoes stringent testing and was built to meet such requirements. Quantum said that the in-vehicle storage units for this sector need to have higher performance while also carrying the space to retain data generated from multiple cameras and sensors.

“This solution has been engineered to operate under the rigors of mobile environments, and therefore opens the door to a variety of other emerging applications,” Pastor said.

According to Allied Market Research, autonomous vehicle market is projected to reach US$557 billion by 2026, representing a compound annual growth rate (CAGR) of 39.5 percent between 2019 to 2026.

Following the announcement, shares of Quantum were up 9.59 percent to close the trading session on Thursday at US$2.97. The share price opened at US$2.75 and reached a high of US$2.99 with a trading volume of over 400,000 shares through the course of the day. The stock has a “Buy” ranking on TradingView with 17 verticals in favor, nine in neutral and two against.