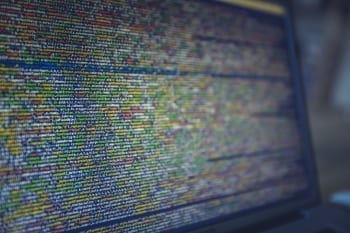 Short seller Muddy Waters Capital has reiterated allegations of cybersecurity vulnerability with St. Jude Medical’s (NYSE:STJ) cardiac devices. The firm first accused St. Jude in late August 2016, prompting the medical device manufacturer to file a lawsuit against them. But on October 19, 2016, Muddy Waters went on the offensive again, publishing a series of videos demonstrating how St. Jude’s medical devices may be hacked.
Muddy Waters CEO Carson Block told MarketWatch that these videos are very similar to court evidence the company will file. He claimed the lawsuit has forced his company’s hand, declaring that “the public forum” in which this scandal is playing out “is of St. Jude’s choosing.”
St. Jude Medical continues to call Muddy Waters’ allegations unfounded. In a press release issued October 19, 2016, they condemned these “unverified videos”: “Patients, physicians and caregivers deserve better than the irresponsible release of information that is intended for financial gain and is unnecessarily frightening.”

Including: 3+ stocks to watch as well as valuable market data   Get My Free Report Click here to download for free
At the same time, St. Jude Medical announced the formation of a new Cyber Security Advisory Board—which they called “further demonstration” of a commitment to device security.
With a short stake in St. Jude Medical, Muddy Waters would profit from the stock’s plummet. But while share value dropped four percent following the August allegations, investors do not seem to be responding to these new videos in the same way—at least not yet. The stock has held fairly stable since the videos were released on Wednesday: indeed, it actually gained 1.18 percent in next day trading.

Don’t forget to follow us @INN_LifeScience for real-time news updates.
Securities Disclosure: I, Chelsea Pratt, hold no direct investment interest in any company mentioned in this article.