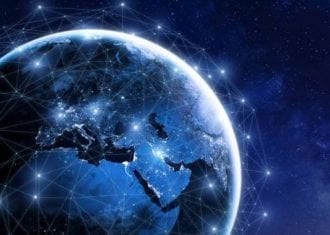 While Binance creator stated all of the funds in its exchange were safe as of Wednesday afternoon, experts in the industry are saying that decentralized exchanges are the industry’s future.

On Wednesday (March 7), rumours swirled the internet that one of the largest cryptocurrency exchanges, Binance, had been hacked, igniting discussion that decentralized exchanges are the future for digital currencies.

Early Wednesday morning, Binance users took to social media to express concerns that the exchange had begun selling their altcoins at market rate without their consent and converted to viacoin. By the afternoon, however, Binance chief executive Changpeng Zhao denied those rumors, tweeting that “all funds are safe.”

“There were irregularities in trading activity, automatic alarms triggered. Some accounts may have been compromised by phishing from before. We are still investigating. All funds are safe,” he said.

Binance also released an official statement on Reddit, stating the only confirmed victims have registered API keys, which are used to trade with bots, and that the actual platform itself wasn’t compromised.

“Whether [Wednesday’s] hack was an error on Binance’s part or due to bot issues, this is the reason we need decentralized exchanges,” David Mondrus, CEO of Trive, said in an emailed statement. “When you hold your own keys, the attack profile is much less interesting.”

A decentralized exchange is defined by Cryptocompare.com as an exchange that doesn’t rely on a third party to hold onto one’s funds. Rather, trades occur peer-to-peer by an automated process. A centralized exchange, on the other hand, doesn’t give users the private keys of their funds, and instead credits the appropriate crypto numbers to one’s order, according to Coinsutra.com.  As a result, this makes centralized exchanges susceptible to hacks similar to what happened with Binance.

Mondrus explained to the Investing News Network (INN) if someone is trying to trade bitcoin on a decentralized exchange, it’s that person’s bitcoin private key that controls the access, not the exchange.

“When the exchange gets hacked, [you] don’t care; they don’t have [your] private key,” he said. “So that’s the security aspect of it.”

That being said, Mondrus acknowledged that the main issue with decentralized exchanges is counterparty liquidity because there’s no central location and that then becomes the point of attack.

“That problem has historically been where regulators come in and are able to regulate,” he said. “The laws behind securities and whether it’s secure or not, really controls how they’re advertised to the public.”

Mondrus continued, stating that the liquidity problem will be the problem that needs to be solved at the “highest level,” but says that will happen eventually.

“2018 will be the year of the decentralized exchanges,” he said.

In terms of how hacks affect the price of bitcoin, Mondrus said it depends on which platform the attack occurs. Because Binance is one of the largest cryptocurrency exchanges out there, it had a significant impact on bitcoin, which dropped nearly 10 percent on Wednesday. By Thursday (March 8), bitcoin’s dip continued, dropping to $9,369.80 as at the time of this writing.

×
See our exclusive index of Bitcoin companies on the move
EXPLORE