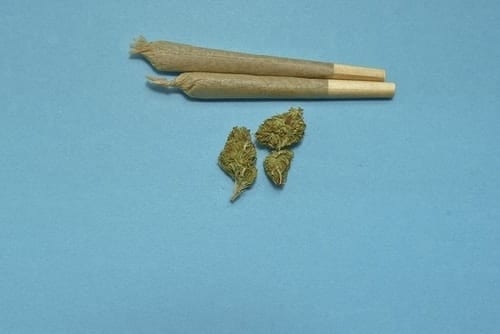 The company says it plans to roll out the platform in Canada with a focus on the legalized cannabis industry before expanding it globally.

With recreational use of cannabis officially legalized in Canada as of Wednesday (October 17), it’s unsurprising that organizations in other industries are now dipping their toes in the legalized market — including tech companies, like DMG Blockchain Solutions (TSXV:DMGI).

On Tuesday (October 16), the Vancouver, BC-based blockchain company announced that it is working on developing a supply chain management platform focused on the newly legalized cannabis industry.

The company said that the system will be worked on with its unnamed technology partner with deployment initiating in Canada before expanding globally.

“The emerging cannabis industry demands product management solutions and blockchain is the most logical choice,” Dan Reitzik, CEO of DMG Blockchain, said in the release. “We want to be the first to offer an enterprise grade solution in partnership with leading technology providers and cannabis producers, processors and distributors.”

The company said in the release it and its technology and finance partners are speaking with a range of cannabis companies in the space, including licensed producers (LPs), quality assurance labs, retail distributors as well as government regulators.

Reitzik added that DMG Blockchain’s platform will assist with product traceability for recalls, provide a legal source of product, improve product safety and provide and automate legal and taxation compliances.

According to stats in DMG’s press release, cannabis is a C$23 billion industry in Canada, with C$6 billion in revenue generated from 13 million recreational users across the country.

Last November, tech giant IBM (NYSE:IBM) issued a report called “BlockChain: An Irrefutable Chain of Custody Audit for the Seed to Sale in BC,” suggesting to the Canadian province that the technology is an “ideal mechanism” for the cannabis sector.

“Blockchain is rapidly becoming a world leading technology enabling the assured exchange of value in both digital and tangible assets, while protecting privacy and eliminating fraud,” the document reads. “Its relevance to regulating cannabis is similar to its many chain of custody applications in areas such as pharmaceutical distribution and food chains. The core to those supply chains is the same, assuring health and safety of consumers, preventing fraud and counterfeiting while creating a foundation of transparency upon which to base regulation.

Since then the provincial government has taken IBM’s report down from its website.

While the company didn’t provide an estimate as to when the platform would become available, it did say that it and its partners have a “first mover” advantage as a global cannabis blockchain solution.