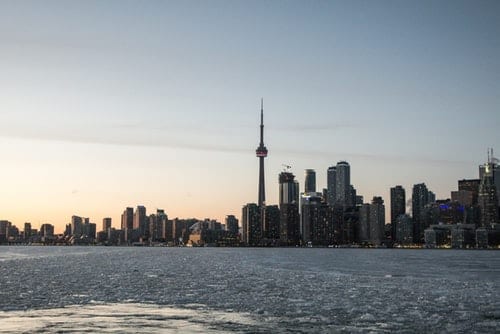 On day two of the Toronto-based CIX Summit, the role blockchain will play in our daily lives now and moving forward was a hot topic of discussion.

Slowly but surely, it’s becoming a known concept that blockchain technology is transforming our daily lives and will become increasingly instrumental as time inevitably goes on.

Case in point, at day two of the CIX Summit conference held in Toronto on Tuesday (October 23), blockchain’s role in the future was a hot topic of discussion.

A panel called “Thoughts on Opportunities for Blockchain in the Future and how it Will Change the World” detailed areas where blockchain will make the biggest impact.

The session, moderated by Michael Hainsworth, executive producer and host of Fast Future, and featuring Tim Draper, founder and managing partner of Draper Associates, exampled the healthcare, financial services and the government as areas where blockchain will play a significant role.

Draper said things like health care records, blood test results and genetic history can be “put together” and backed by blockchain.

“The reason you need the blockchain is so that it keeps a perfect record and is unassailable data,” he said, explaining that once those records are on the blockchain they can be pulled down as needed. “[Blockchain] is going to completely transform healthcare.”

In terms of blockchain’s role in the financial sector, Draper said there’s “no way” anyone would want a currency tied to a fiat government in the future. Draper explained that digital currencies like bitcoin are decentralized and borderless.

“[Bitcoin] is global, anyone can use it, anyone can take it down from wherever and use it,” he said. “People are going to look back and say, ‘why did we ever allow our government to control us with their currency?'”

Hainsworth then asked Draper “how far back” is he talking about, stating that while healthcare and financial services are two of the best use cases for blockchain, the “inertia in government” can also play a huge role in adopting the technology — or the lack thereof.

“How do you drag any government that has control over its own fiat currency, kicking and screaming into this new world?” Hainsworth questioned.

Draper responded by saying the governments that are “kicking and screaming” and resisting implementing blockchain technology are “clinging to the past.”

With the Japanese government recently giving the go-ahead for the cryptocurrency sector to self-regulate itself — and overall having a more relaxed stance on digital currencies — Draper said this has led to crypto entrepreneurs in China fleeing to Japan.

Draper exampled crypto-exchange Binance, which is expected to reach a profit of US$1 billion in 2018 and has netted a 10 million userbase, as being deemed illegal in China. As a result, the exchange made plans to flee to Singapore before moving its operations to Malta.

“Governments have to recognize that they’re now in competition for the entrepreneurs, the money … the business, the world” Draper said. “This is a really exciting time.”

With files from Olivia Da Silva.