Commodities gained some ground on Friday after falling early in the week due to investors’ continued uncertainty over the future of the Federal Reserve’s stimulus program. 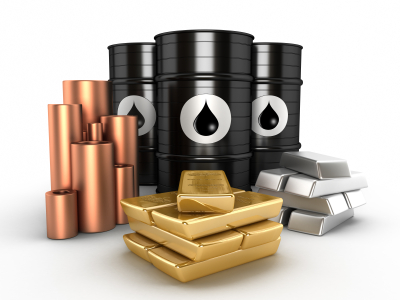 Commodities gained some ground on Friday after falling early in the week due to investors’ continued uncertainty over the future of the Federal Reserve’s stimulus program.

Today, gold prices increased 1 percent as investor buying interest sparked ahead of a possible government shutdown next week. Speculation that the Fed will push tapering the stimulus to next year also helped the precious metal, MarketWatch reported.

“Support is obviously coming from the U.S., where lawmakers are once again playing Russian roulette with the budget and debt limit,” Ole Hansen, head of commodity strategy at Saxo Bank, told Reuters. “At the same time a couple of stronger data points and recent Fed comments do not completely rule out the potential for tapering later this year. But for now the main focus is on the U.S. Congress.”

Copper prices were impacted by a weaker dollar today, along with the possibility of a continued stimulus program. The metal rose, with futures for December delivery hitting $3.33 a pound on the COMEX in New York, The Wall Street Journal reported.

Brent crude oil prices, however, took a dive earlier in the session, dropping below the $110 a barrel mark, Reuters said. Brent crude has declined for three weeks straight due to easing tensions over Syria and Iran.

How Low Could the Silver Price Go?
Ways to Invest in Oil
What Was the Highest Price for Silver?
An Overview of Gold Investing and Prices