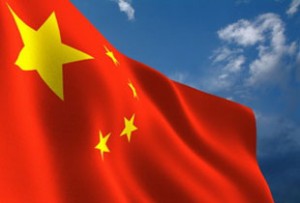 Copper prices have fallen this week, as fears over China’s economic strength prompted selling of base metals. On the LME, copper for delivery in three months was down 3.7 percent to $6,680 per tonne.  On Monday, The China Federation of Logistics and Purchasing released its Purchasing Managers Index (PMI) for May. The results showed that the PMI dropped to 53.9 in May from 55.7 in April; readings above 50 indicate an expansion.  Adding further impetus to copper’s downside was a strong greenback with the dollar index this year gaining 12 percent, and the struggling European economy sending the euro back 15 percent against the greenback.

Commodities have recently suffered their biggest slump since the collapse of Lehman Brothers as a result of risk-adverse investors abandoning their positions, at the onset of data pointing toward stalling economic growth. Despite copper’s recent downside, analysts claim that copper market fundamentals remain strong. Inventories are still on the decline with stockpiles dropping 14 percent since this year’s peak on February 18. Goldman Sachs’ head of commodities research, Jeffrey Curries, predicts copper will rise to $7,755 per metric tonne by the end of the year, as global economic growth should increase demand.

Many analysts suggest that natural gas prices are historically low due to a supply surplus with last week’s production data lending support to this thesis. Overall supply levels during the report week were about 2.9 percent higher than last year. Front month gas prices are down more than 22 percent this year. For the week ended May 21, U.S. natural gas supplies stood at 2.3 trillion cubic feet, almost 16 percent above the five-year average.

Contrary to expectations of production declines because of a reduction in drilling activity last year, domestic marketed production remains strong at over 60 Bcf per day, according to estimates from BENTEK Energy Services. In particular, production increases have been recorded from unconventional gas fields including the Marcellus Shale in the Northeastern Appalachian region and the Haynesville Shale in Louisiana.

Prices are expected to rise, initially pushed higher by increased gas demand for cooling, as Senior Meteorologist Joe Bastardi of AccuWeather.com predicted this summer to be the “hottest summer since 2005 for much of the nation”  and later from increased demand in industrial and power generation.

On June 1, Pike Research released a report to indicate that Asian manufacturers, which have traditionally dominated the global market for lithium ion batteries in various electronics categories, will continue to lead in both production and consumption as the global market for electrified vehicles grows rapidly over the next several years.

Pike Research anticipates that improved manufacturing efficiencies and expanded access to lithium will halve the installed cost of lithium ion vehicle batteries between 2010 and 2015, to $470 per kWh. The report forecasts that the lithium ion transportation battery industry will grow more than eight-fold in the next five years, with nearly $8 billion in sales worldwide by 2015, up from $878 million in 2010. Total electrified vehicle sales in the Asia Pacific region will reach almost 1.1 million in 2015, more than the U.S. and Western Europe combined.  The Asian lithium ion battery market will surpass $4 billion, representing 53 percent of total global sales.

The Chinese Ministry of Finance also released details of its green-car subsidy program designed to boost the nation’s auto industry and cut vehicle emissions.  Through the program, subsidies of up to $8,784 will be given to buyers of pure electric vehicles in a pilot program focused on the cities of Shanghai, Changchun, Shenzhen, Hangzhou and Hefei.  China has until now mostly supported electric cars with rhetoric although this development could represent an important focal point for lithium investors.

China is already the world leader in lithium ion battery manufacturing, which means it has a head start in putting affordable cells into cars.  The Chinese automotive market benefits from low-cost manufacturing generally and vehicles are much cheaper than most models sold in the west. Adding subsidies and paying as much as half the cost of the car, will leverage China’s natural business advantage resulting in a huge jumpstart to the market.  The program will be terminated after 50,000 cars are sold; however, it could also be made into national policy simply with a few central committee meetings, compared with the contiguous unresolved partisan issues that impede process in many democratic countries.

Steel demand has been rising in China for most of 2010 which has doubled the price of molybdenum since the lows of the recession. While almost all reports see the demand for steel in China continuing to rise through at least 2011, recent market data may show a cooling off from initial estimates. The demand will still improve, albeit slightly less than some of the double digit estimates.

Many analysts are forecasting that Chinese demand for steel will rise by 6-8 percent this year.  A recent report by Zacks Investment Research indicates, “Global steel demand is expected to climb 10.7% in 2010 and 5.2% in 2011… China’s steel consumption is expected to increase 6.7% to 579 million tons in 2010. China is expected to remain the largest consumer of metals in the medium term. Hence, the medium-term outlook for metal commodities remains encouraging.” Other reports show a slight price drop off in iron ore and Chinese domestic steel prices, which may be a sign of a cooling steel market; a revelation that is scaring some investors from molybdenum market.

Various Chinese investment firms and mining companies have been funding molybdenum operations around the globe, voraciously snatching up almost every opportunity they can get their hands on, in order to control the production price of steel. It seems that the Chinese themselves are bullish on the long term outlook for moly.

While speculation on world steel price and its effect on moly have hurt the price of mining company stock, there are few signs that steel demand will fall off sharply enough to damage the price of moly and not to the severity of the 2008 global downturn that saw prices implode from highs of $30 down to a low of $8. This may be a good time to benefit from cheap stock prices for companies with strong performance, capital and mining production.

Last Friday, The House of Representatives approved the National Defense Authorization Act, which outlines the US Department of Defense’s (DoD) budget and expenditures. Included in the Act was an amendment to formulate a plan to establish a domestic source of rare earth element neodymium, widely used in green technology. Neodymium-based magnets are currently the strongest and most durable, as 50 percent of the element is used to manufacture computer hard drives, with growing strategic importance for applications in wind turbines and electric motors.

The amendment outlined and accepted the findings of a recent Government Accountability Office report, concluding that only Chinese companies are producing and selling commercial quantities of rare earth metals. Rare earth processing is only performed in China and worldwide supplies are expected to tighten significantly within the next three to five years as demand continues to grow.

The Bill directs the DoD to build a plan to restore domestic neodymium production capability. Promising deposits in Australia, Greenland, Canada and the United States could be in production as early as 2014. But, with an obvious shortage of rare earth infrastructure outside of China, the bigger problem is developing US-based refining capabilities to completely rebuild a domestic supply chain.