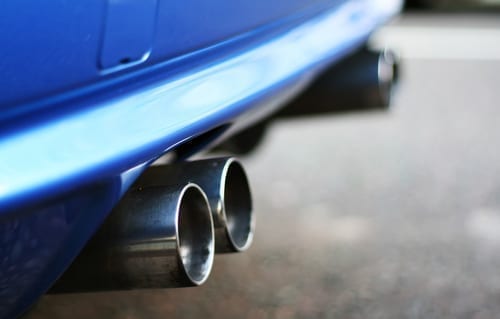 While the popular narrative is that Millennials rely less on automobiles than previous generations, the automobile industry revival tells a different story.

While the popular narrative is that Millennials, the soon-to-be largest generation in North America, rely less on automobiles than previous generations, the recent revival of the automobile industry tells a different story.

Global automobile manufacturers are projected to sell more than 81 million cars by the end of 2018; almost double the 53 million total automobiles that were sold between 2000 and 2013.

Specifically, the Asian markets have seen passenger vehicle sales double over the past seven years. In China, sales quadrupled to 24 million vehicles in 2016, representing more than 25 percent of the global market.

Since Millennials and Gen-Ys possess a great awareness for the environment, government-imposed mandates on reducing vehicular pollution have spurred the automobile industry to produce fleets of hybrid cars and increase demand for catalytic converters. Roughly 80 percent of palladium and 40 percent of platinum ends up in catalytic converters, and depending on the vehicle size and manufacturer, each contains between 3 and 7 grams of platinum-group metals (PGMs).

The catalytic converter market is set to grow at a CAGR of 8.05 percent from 2017 to 2021 and is seen reaching a market size of $55.16 billion. As demand for catalytic converters grows, the metals needed to develop them is also on the rise.

Catalytic converters and the role of PGMs

A catalytic converter is a device found in most car engines that turns pollutants in the exhaust, such as carbon monoxide and nitrogen oxides, into benign gases that can be released into the air, like nitrogen, carbon dioxide and water vapor. Catalytic converters trigger a chemical reaction that converts the harmful pollutants with the use of a ceramic tool shaped like a honeycomb and coated with PGMs. It’s placed in the exhaust system between the engine and the muffler, and when the engine heats up the metals the process neutralizes the pollutants.

The PGMs in catalytic converters (platinum, palladium and rhodium) have a broad range of additional applications. Platinum is used in lab and dental equipment, electrical contacts and electrodes and jewelry. Platinum and palladium, like gold and silver, are also considered precious metals and are known to contrarian investors as stores of value.

Palladium plays a key role in fuel-cell technology, while rhodium is an alloying agent for hardening and improving the corrosion resistance of platinum and palladium. These valuable metals are an attractive target for recovery and reuse from used catalytic converters. In fact, by 2021, it is expected that 30 percent of PGMs supply will come from the recycling industry.

The fleet of automobiles that rely on catalytic converters has never been so large. The number of passenger cars, light vehicles, heavy commercial vehicles, hybrids, large motorcycles and RVs produced in 2017 totaled 73 million, a 2.5-percent increase from the previous year. In 2017, the global automotive catalytic converters market generated $111 billion in revenue.

The growth of hybrid vehicles, specifically in Europe, has had a positive impact on demand for catalytic converters. The market for hybrid electric vehicles in the EU, excluding plug-in hybrids, grew by 52 percent to nearly half a million in 2017.

Passenger cars account for almost 74 percent of total vehicle production globally, and the Asia-Oceania region leads the catalytic converter market, with the largest increase in vehicle production coming from China and India. Vehicle production in these countries is projected to grow at a CAGR of 6 percent during the next five years.

For the first time since 2001, palladium is more expensive than platinum. Demand for the metal increased in the US and Caribbean during the second half of 2017, with vehicle replacements needed after the damage caused by Hurricane Harvey. The metal reached an all-time high of $1,138 per ounce on January 15, 2018. Its price has increased 20 percent since last year and 30 percent over the last five years.

“The PGMs market is facing a deficit that isn’t likely to be resolved anytime soon,” said Harry Barr, chairman and CEO of New Age Metals (TSXV:NAM,OTCQB:NMTLF,FWB:P7J.F). “The world’s producing mines aren’t capable of increasing production to meet demand and the aboveground stockpiles which typically fill the gap are quite low if not entirely depleted.” New Age Metals is developing its flagship River Valley PGMs property in Sudbury, Ontario, Canada. The River Valley project is the largest undeveloped primary PGMs deposit in North America.

A popular buzz word that’s made its way into automobile vernacular is electrification. It means converting every car that’s not currently electric into an electric model. A nice sentiment, and a positive goal to strive for, but one we might not see achieved for many decades.

A 2017 study by Energy Innovation says we’ll have to wait until 2050 before electric vehicles account for only 65 percent of new light-duty vehicles in the US, and 90 percent of all new cars in Britain. And that’s only if the electric vehicle market can address its current issues, like high battery prices, lack of infrastructure, vehicle range and battery life.

The electric vehicle industry has to crawl before it can walk, and the automobile industry’s recent growth thanks to emerging nations and the popularity of hybrid vehicles ensures demand for catalytic converters and PGMs will remain strong.

Types of vehicles that use catalytic converters

Here is the list of current vehicles that still rely on catalytic converters:

Toyota Prius and Honda Civic hybrids use catalytic convertors because they burn gasoline. While these cars operate on battery power, once the battery power runs low, their gas engines fire up and take over.

These include the new 2018 Chevy Volt. Like the non-plug-in cars, their gas engines fire up when electrical power starts to run low.

Some self-driving cars like the Tesla are powered by electricity and don’t use a catalytic converter, but others like the future Volvo (OTCMKTS:VLVLY) model will have gas or hybrid engines.

The new hydrogen-powered cars are expected to use up to 1 ounce of platinum-group metals per vehicle.

Comments are closed.
×
See our exclusive index of Platinum companies on the move
EXPLORE