Platinum prices were volatile in 2011 and look set to continue that way in the early parts of 2012. Still, analysts have a positive outlook. 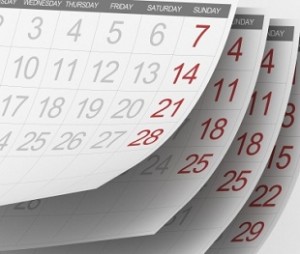 That sort of activity often makes investors queasy, but many appear to have contained their lunch and committed to the ride, giving way to expectations that 2011 will be marked by positive investment demand.

Nonetheless, appetites are likely to prove mild compared to 2010 when ETP holdings increased by 551,000 ounces. Platinum has not maintained that magnitude of interest this year.

When HSBC revised their platinum outlook in September, they maintained a 2011 forecast of 400,000 ounces for ETF demand. However, they adjusted non-ETF investment down to 150,000 ounces from 225,000 ounces as demand appeared to have moderated.

South African platinum miners have had a rough year. Production in the first half was down due in large part to labor disputes and safety stoppages, but companies managed to keep pace by drawing from existing supplies. Following several wage agreements, producers were undoubtedly looking forward to better times, but the challenges persist.

In October, for example, an unprecedented 36 percent production drop was reported due to more safety stoppages, which the government has committed to continuing. This is coming at a time when rising energy costs, deeper mining depths and other problems are threatening to take a serious toll on an industry that desperately needs to start reinvesting in future production.

South Africa is not expected to be a significant contributor to supply growth for 2011. Yet, it is expected that the year will end with a platinum surplus. Though predictions regarding the size of that surplus vary, factors that are playing a role include production from North America, Zimbabwe, and an increase in recycled material.

Still, gross platinum demand, according to Johnson Matthey, is set to exceed eight million ounces, placing it near pre-recession levels.

Increases are expected in most industrial applications for which platinum is used including autocatalysts. There were some expectations that gold gaining on platinum would be positive for global platinum jewelry sales. This, for the most part, did not occur. However, moderate demand increases for jewelry will likely be seen.

Uncertainty surrounding the European debt crisis and the market volatility that comes with it should be expected for at least the first few months of 2012. Even given the possibility that conditions in Europe could take a turn for the worse and despite the warnings of slow global economic growth next year, analysts tend to have a positive outlook for platinum in 2012.

That legislation supports the use of platinum and that South African miners are experiencing numerous headaches getting it out of the ground could be seen as an ongoing bull factor. But, for the most part investors have shown that economic news matters as well as their predictions for the metal’s use. Generally, platinum does not thrive in an environment of economic uncertainty.

Tim Murray of Johnson Matthey recently said prices depends on how much you believe in industrial production. PGMs, he added, will continue to go up and down based on industrial demand.

Those fundamentals are expected to be positive.

Japanese automakers are expected to be well re-established in the game by next year and auto sales are expected to be strong, especially in emerging economies. Based on estimates by Morgan Stanley automakers may use a record $7 billion worth of platinum next year. Japan is also the second largest platinum jewelry market and sales were reportedly down this year after the disaster but may see some recovery next year.

Other areas of industrial demand are also expected to remain strong since platinum is essentially irreplaceable in many applications. And, there are grounds for optimism that off-road emissions legislation will be positive for the metal.

With regards to supply in 2012, the predicted outcome depends on who is asked. There are those who forecast another year of surplus and those who believe the market will shift into deficit. However, both groups tend to believe that there are a number of swing factors that could affect the outcome.

Why Investors Should Care About Tesla’s Battery Day
What Was the Highest Price for Silver?
Why Invest in Bitcoin?
Metals Weekly Round-Up: Strong Dollar Weighs on Gold Price