Exchange Traded Funds that deal in the precious metals have been seeing an increase in business, lately. ETF Securities said on Monday the amount of metal it holds to back its Physical Palladium exchange-traded commodity PHPD.L rose 12,628 ounces or 8 percent in the week to Feb. 6. 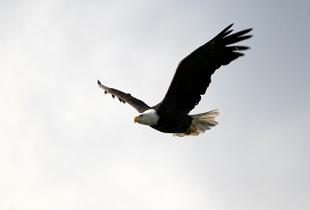 Exchange Traded Funds that deal in the precious metals have been seeing an increase in business, lately.

ETF Securities said on Monday the amount of metal it holds to back its Physical Palladium exchange-traded commodity PHPD.L rose 12,628 ounces or 8 percent in the week to February 6. The ETC now holds 172,911 ounces of palladium. Prices of the metal used in autocatalysts climbed 11 per cent last week, with dealers attributing the rise to demand from exchange-traded funds. Reports that platinum, and gold ETF’s also saw an increase in business over the past week.  If fact, all of the precious metals except for rhenium are benefiting from the current state of the economy.

Precious metals including gold and silver rallied this year as global equities fell amidst the recession. Government stimulus plans spurred inflation concerns, triggering demand for the commodities as a hedge against the prospect of resurgent consumer prices. U.S. President Barack Obama signalled he would be open to seeking an expansion of a $700 billion rescue program. Palladium futures for March delivery jumped $9.35, or 4.5 per cent, to $215.20 an ounce. Before today, the price gained 9.1 per cent this year.

Zurich Cantonal Bank announced last Friday that it had bought 6,365 ounces of metal to back its palladium exchange-traded fund on February 5, bringing its total holdings to 532,000 ounces. The latest rise means ZKB’s palladium ETF holdings have risen 3 percent since January 22. Spot palladium prices have risen almost 10 per cent to a high of $212 on Friday from $193 early in the previous session. Analysts attributed the rise to ETF buying; saying palladium represents good value compared to other precious metals. Zurich Cantonal Bank’s holdings of its palladium ETF ZPAL.S rose by 8.6 per cent in December and January, leaving the total held at 516,100 oz.

North American Palladium Ltd (TSX: PDL), Canada’s foremost palladium producer, recently announced the result of an NI 43-101 resource estimate for the Company’s Offset High Grade Zone (Offset Zone) prepared by Scott Wilson RPA that upgraded the indicated resource from 3.2 million tonnes to 12.3 million tonnes, an increase of 280 per cent. This upgrade reflects the positive results from a $1.7 million drill program conducted in 2007. The Offset Zone is the fault displaced extension of the Roby deposit which has been mined underground since 2006 and has a remaining mine life of two years. In 2009, North American Palladium will conduct an aggressive drill program of $7.0 million in order to identify additional resources, increase mine life at LDI and facilitate mine development planning. North American Palladium’s strong balance sheet, with $106 million in working capital as at September 30, 2008 and minimal debt, is expected to contribute to the growth of the Company as it also evaluates acquisition and joint venture opportunities in 2009. On October 21, 2008, the Company announced that it was temporarily placing its Lac des Iles Mine on a care and maintenance basis effective October 29, 2008, due to depressed metal prices.