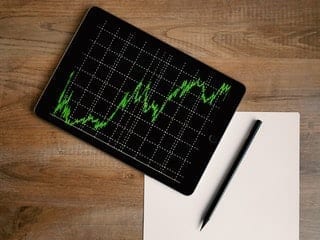 Rob McEwen of McEwen Mining shares his thoughts on where the resource space is headed in 2018 and what’s in store for his company.

It’s only about a month into 2018, but Rob McEwen of McEwen Mining (TSX:MUX,NYSE:MUX) already expects it to be a good year for resources.

“I believe we are at our near the bottom of the commodity price cycle, and that it’s heading higher,” McEwen said via phone. “Precious metals I think have a long way to go because of a lot of the standard reasons.”

Those include monetary expansion, overly indebted governments and low interest rates, which have “caused bubbles in all sorts of areas.” In McEwen’s opinion, those bubbles may continue “for awhile,” but overall we’re “being set up globally for a correction at some point.”

McEwen, who’s chairman and chief owner at gold-focused McEwen Mining, shared a number of points that support that prediction. For instance, he said, investors should consider the ratio created by dividing the Goldman Sachs Commodity Index (INDEXSP:SPGSCI) by the S&P 500 (INDEXSP:.INX).

He also pointed out that the only gold stock currently included in the S&P 500 is Newmont Mining (NYSE:NEM). “If you express [Newmont’s market cap] as a percentage of the total S&P 500 market cap, it represents eight one-hundredths of a percent,” said McEwen.

That means “gold is very underowned in the American market. If for some reason sentiment shifted and went to 1 percent holding of gold in that group, you’d need 11 more Newmonts to satisfy that number, that weighting. Eleven more Newmonts would be more than $220 billion that would be moving in the direction of gold. So I think that is a tsunami of money coming towards the precious metals.”

In addition, McEwen believes it’s worth paying attention to what gold is doing in non-US-dollar terms. While the yellow metal is down about 30 percent from September 2011 in US dollar terms, McEwen pointed out that the same can’t be said when gold is looked at through the lens of other currencies.

“If you happen to be sitting in Tokyo and you bought gold with yen back when it was at its high, today you’d be looking at a gain of about 1 percent over that period. Not an attractive gain, but you wouldn’t have lost money,” he noted. Meanwhile, Australian buyers would be down only about 8 percent and buyers in Canada would be down around 12 percent.

According to McEwen, that’s important because the current situation parallels a scenario that played out from 2001 to 2005. During that time, “gold was going up in US dollar terms, but not doing very much in the other major currencies. After 2005, gold started going up in the other major currencies [as well]. Then we really got it accelerating.” He anticipates that once gold starts to move in US dollar terms that same acceleration will happen again.

McEwen of course believes all of those factors are compelling reasons to invest in gold and gold stocks. But he pointed out that he’s not the only one who thinks it’s a good idea.

“There’s a gentleman called Ray Dalio, and he runs the largest hedge fund in the US … in August of last year, he came out and said there’s enough geopolitical issues and economic question marks out there to — for him at least — suggest that individuals have 5 to 10 percent of their portfolio exposed to gold.”

For his part, McEwen is unsurprisingly a strong supporter of his own company, whose goal is to qualify for inclusion in the S&P 500. “I‘m only paid a dollar a year, so the only way I’m going to make money is through a higher share price, the same way as my shareholders,” he said.

Thus far, 2018 is looking bright for McEwen Mining. The company just released its results for 2017, and McEwen said the year brought a number of events that should set the stage for a strong performance moving forward. Those include the acquisition of Lexam VG Gold, which had assets in Ontario, and the purchase of Primero Mining’s (TSX:P) Black Fox Complex, also in Ontario.

McEwen Mining has now begun the process of integrating those assets into its stable, a process that McEwen said is going well so far, albeit a little slower than he would like. This year, exploration is the top priority at Black Fox, while with the Lexam properties the company will focus on determining which area to move forward with first, and whether open-pit or underground mining will be best.

Work is also planned at McEwen Mining’s assets outside Canada. Last November, the company received a permit to start construction at its Nevada-based Gold Bar project, and McEwen said that he expects that process to take “a year or a little less than a year.”

Over in Mexico, the company is looking to release a revised feasibility study for its El Gallo silver mine. Meanwhile, in Argentina exploration is being conducted by Hochschild Mining (LSE:HOC) at the San Jose mine, and baseline environmental studies are in the works at the Los Azules copper project.

“There are a lot of things happening,” McEwen concluded. “We remain debt free. We haven’t sold any royalties, put any hedges on. And we haven’t sold any streams. We’re looking for opportunities to continue on our goal to get into the S&P 500. We’re looking for opportunities to build our production base, resource base and market capitalization and share price.”