Algold Resources Ltd. (TSXV:ALG) announced early results from its Q4 2015 and ongoing 2016 exploration programs on both the Kneivissat – Legouessi Projects.

Algold Resources Ltd. (TSXV:ALG) announced early results from its Q4 2015 and ongoing 2016 exploration programs on both the Kneivissat – Legouessi Projects.
As quoted in the press release:

In the fourth quarter 2015, Algold completed a 72 line-km IP geophysical survey as well as a 75 line-km ground magnetic survey over its Legouessi and Kneivissat properties. Subsequently, the company performed a geological mapping and sampling program, which was completed in January 2016. Early results continue to exceed expectations and corroborate previous positive results, confirming the potential of a high-grade gold system in the northwest corner of the LC prospect.
Analysis confirmed the presence of sulphide-bearing quartz as well as concentrated mineralization in the south-western part of the LC prospect where rock chip samples of 3.14 g/t Au were recovered from a trench on a northwest-trending quartz vein. In addition to the 57.2 g/t Au rock chip sample result disclosed previously (reference: Algold’s press release dated November 25, 2015), new rock chip assays results include 26.1 g/t Au and 25.8 g/t Au recovered within the same zone in an area 120 meters to the northeast of LC. An additional 12.15 g/t Au rock chip sample was uncovered 30 meters on strike. These high-grade gold values are located at the apex of a large sigmoid at the southwest corner of the large chargeability anomaly mapped by IP. 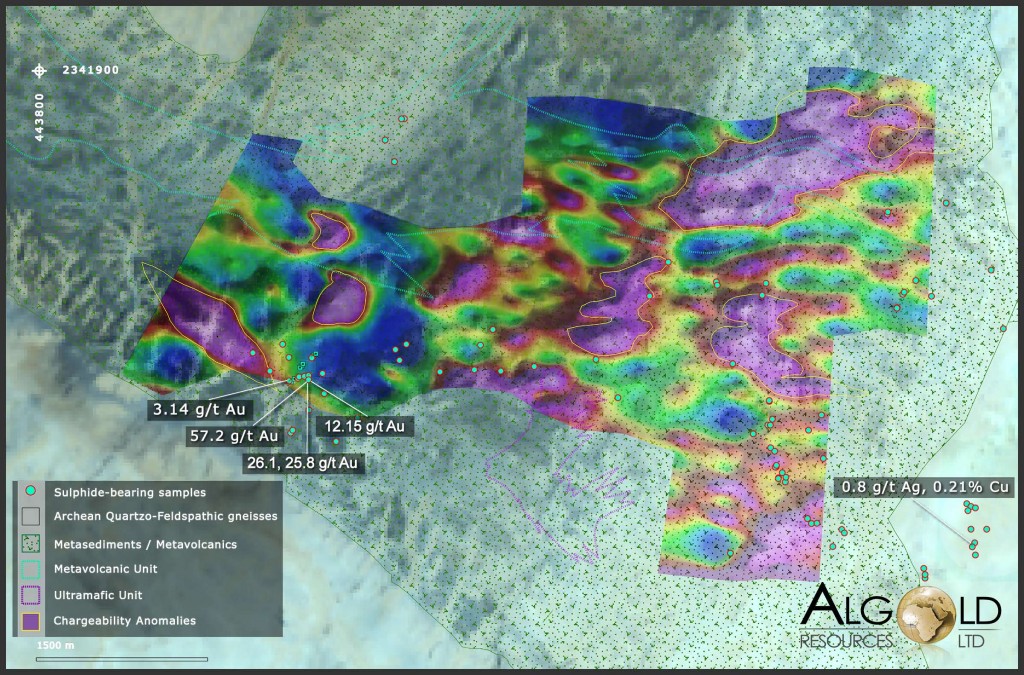 Gold values of 99 ppb and 103 ppb were detected on trend at 1.2 kilometers and 1.6 kilometers, respectively, to the southeast. This confirms the presence of a potential quartz stockwork mineralized system southwest of LC with a potential minimum thickness of 100 meters and an extension greater than one kilometer. Similar mineralized systems exist within the NL and SL properties to the northwest and to the southeast, where RC and DDH drilling (Caracal DDH SL03) returned several high grade intersections including 1.7 g/t Au over five meters.
The Company’s upcoming exploration program is set to include more geological mapping, sampling and trenching, as well as RC drilling — to explore the major chargeability anomalies, which may be associated with tectonized sulphide concentrations. Further, quartz vein gold mineralization’s will also be reviewed as the quartz veins have shown continuity over significant areas.
Algold has begun compiling all data on the Gryphon Mauritanian Tijirit exploration licenses and is working with SGS Geostat of Blainville, Québec to start modelling the gold mineralisation observed on the four primary gold prospects. Algold believes that a 10,000-meter RC drilling program will ensure a resource calculation on these high impact targets. Algold is expecting to initiate drilling in early Q2 2016, as soon as the Option Agreement has been exercised. 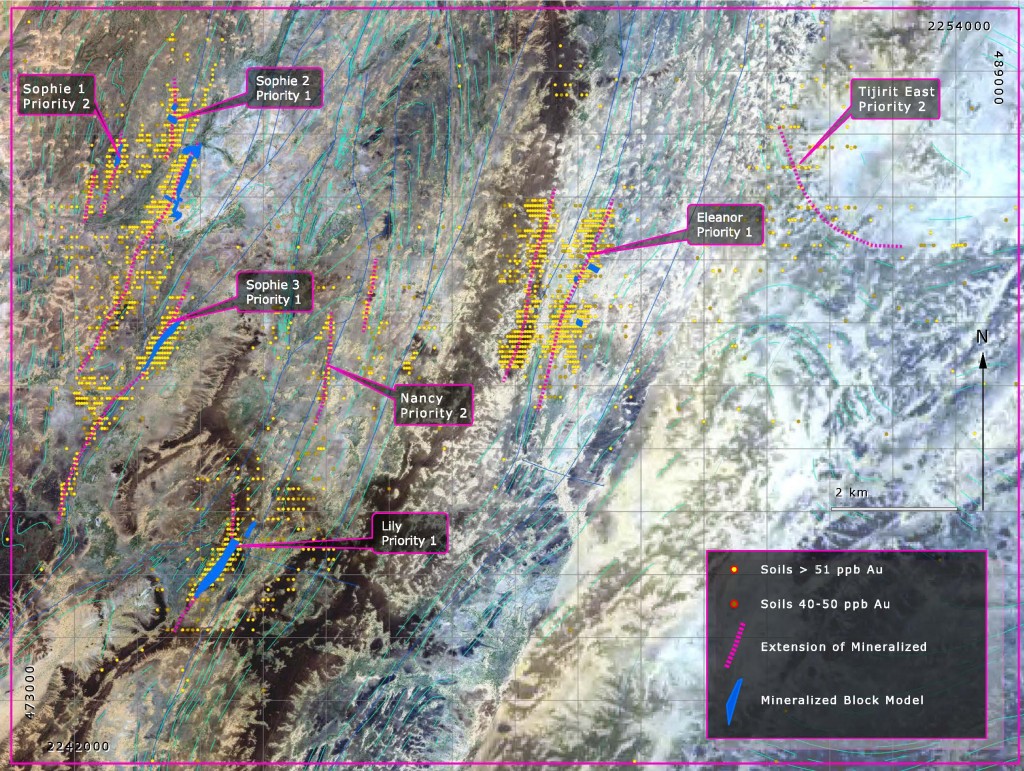