Osisko Mining, Trelawney Mining and Exploration, and CGX Energy were three of the most heavily-traded mining stocks last week. Here’s a look at what factors moved them. 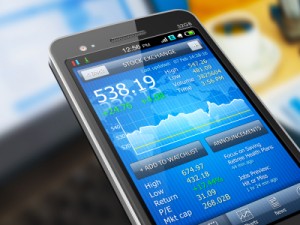 Here’s a look at three of last week’s most actively-traded mining stocks:

The strong results were largely the result of a big increase in Osisko’s gold production, which rose to 91,178 ounces in the latest quarter from 79,718 ounces during the fourth quarter of 2011. The increase was the result of the company bringing its Canadian Malartic open-pit mine into production on May 19, 2011; this project was not yet operating in the year-ago quarter.

Canadian Malartic could become Canada’s biggest gold mine. So far, the company has outlined a deposit of 10.7 million ounces on the site, and that figure is still rising thanks to Osisko’s ongoing exploration.

However, on the same day that it reported strong results, the company also said that a fire had broken out at Canadian Malartic’s processing mill at 11:50 p.m. the previous evening. The fire damaged part of the facility’s roof and one side wall, as well as a crane and other equipment.

Osisko, which has already suffered delays in bringing some of the mill’s processing equipment into operation, said the incident would force it to shutter the mill for two to three weeks.

The company also said that it would review its forecast gold production for 2012 in light of the incident. Osisko had previously said that it expected to produce 610,000 to 670,000 ounces of gold this year.

The fire prompted a number of analysts to downgrade the stock, including RBC Capital Markets analyst Michael Curren, who lowered his rating on Osisko to sector perform from outperform and cut his price target to $10 from $17.

Trelawney is a Toronto-based mining firm that is focused on developing its Côté Lake gold project, located between Timmins and Sudbury in Ontario. The company’s drilling has indicated a gold resource of 0.93 million tonnes at the site, with an inferred resource of 5.94 million tonnes.

On April 27, 2012, IAMGOLD (TSX:IMG) announced that it is acquiring Trelawney for $608 million. The Côté Lake property was a big reason for the purchase, as IAMGOLD is looking to better diversify its holdings geographically. In essence, the company is redeploying most of the $667 million it received when it sold its interests in two mines in Ghana last year into the Trelawney purchase.

If you hold Trelawney stock, you’ll get $3.30 in cash for every share you hold when the sale is finalized. That amounts to a 40.1 percent premium on the stock’s closing price of $2.32 before the purchase was announced.

CGX explores for oil and natural gas. Right now, it is focused on the Guyana Suriname Basin, which is located off the coast of South America. The company says it is pursuing the Equatorial Atlantic margin play. This idea is based on the process of continental drift and the fact that deepwater oil reserves have been discovered off the west coast of Africa. The theory goes that due to the way the continents separated millions of years ago, there may be similar reserves off the coast of South America.

On May 7, the company reported results from its Eagle-1 well, which it drilled 4,328 meters into the ocean floor on its 100 percent owned and operated Corentyne Petroleum Prospecting License off the coast of Guyana. The company said that it had encountered “good quality sandstone reservoirs.” However, instead of oil, CGX said that it found water in these deposits.

The company also said that it had allocated 60 days to complete the drilling at Eagle-1, but inclement weather forced it to spend an additional 30 days at the site, pushing the total cost to $71 million from an estimated $55 million. The extra expense means CGX will have to raise an additional $20 million in the near term.

Also on May 7, CGX announced that it had replaced its President and CEO, Stephen Hermeston, with Kerry Sully on May 4, 2012, “with immediate effect.”