Tin touched $15,400 a tonne on Thursday, the highest since the middle of June. Focus though is on a large position holder, which has bought tin for delivery in September and sold it for December. Worries are that those who sold to the entity will be caught short. Investors are also worried whether the stock market surge is only a catch-up rally, or is it time to pocket some recent gains in anticipation of turbulence ahead if the economic recovery fizzles? While some analysts say gains are justified given the horrific depths to which indexes sank in March, others are growing nervous. 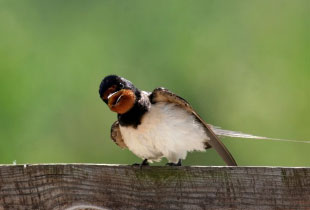 Tin touched $15,400 a tonne on Thursday, the highest since the middle of June. It was at $15,000 from $15,300 on Wednesday. Focus is on a large position holder, which has bought tin for delivery in September and sold it for December.

Worries that those who sold to the entity will be caught short of the metal pushed the premium for the September contract over the December contract to $1,500 a tonne on Friday. The spread traded at $1,000 a tonne on Tuesday and was valued at $960 at the close on Wednesday.

At the Toronto stock market, the benchmark index continued to chug along, rising above the 11,000-point threshold on Tuesday for the first time in 10 months amid a global stock market resurgence not seen since the 1930’s.

The base metals sector led Toronto’s gain, adding 3.7 per cent amid news that U.S. pending home sales increased by 3.6 per cent month-over-month in June. This greatly exceeded economists’ expectations of a 0.7 per cent increase and will boost demand for many metals.

Bob Tebbutt, vice-president at Peregrine Financial Group, said the sector is responding to improvements in demand for both new houses and new vehicles. “The base metals – copper, aluminum, tin, zinc, lead and nickel – made new highs Monday,” Tebbutt said.

Is the surge only a catch-up rally? Or is it time to pocket some recent gains in anticipation of turbulence ahead if the economic recovery fizzles? While some analysts pointed out that the gains are justified given the horrific depths to which indexes sank in March, others are growing nervous.

“I’m taking a little profit here, no question,” said Charles Marleau, assistant portfolio manager at Palos Management. “The economic recovery is not going to take place in one year. It is going to take a few years.”

Meanwhile, tin price on the Kuala Lumpur tin market increased $410 to close at $14,900 a tonne on Tuesday. Turnover increased to 175 tonnes from 77 tonnes on Monday. Local tin prices had risen 40 per cent year-to-date. This however pales in comparison with copper’s 82 per cent surge on the London Metal Exchange over the same period.

Yunnan Tin, the world’s biggest producer, plans to buy 60 percent of Metals X Ltd‘s Tasmanian assets for A$60 million (US$ 49 million). Australia’s tin producer has signed a deal by which it may sell a controlling stake in its Tasmanian assets to a Chinese company.

Metals X managing director Warren Hallam said the investment spoke volumes for the potential of his company’s tin assets and the tin market in general. “Joining forces with the world’s leading tin miner gives Metals X security and growth,” he said. “The deal also strengthens the financial position of BMT, its employees, internal and external stakeholders.”

Under the agreement announced recently, the world’s largest tin miner, Yunnan Tin Group (Holding) company, will control up to 60 per cent of the Tasmanian assets of Metals X. Yunnan would take an initial 50 per cent stake in Metals X’s wholly owned subsidiary, Bluestone Mines Tasmania, for $50 million.

The Chinese company will have an option to acquire a further 10 per cent of Bluestone Mines at any time in the next 24 months, subject to certain milestones after 12 months.

Consolidated Tin Managing Director Ralph De Lacey met major tin smelting groups and other end-user groups in China. Interest was positive for development of Mt Garnet and in sale of tin concentrate. From the meetings, it was gleaned that demand for tin remainded – “strong” and outlook was “positive”.

Investors may recall Consolidated Tin has a portfolio of quality tin assets at the Mt Garnet Project in the Herberton Tin Field. It is also one of Australia’s largest tin producing areas.