Indonesia, supplier of more than one-third of the world’s tin, has begun to institute new rules to control the tin trade. 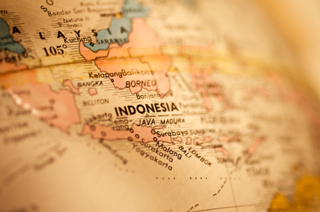 Indonesia, supplier of more than one-third of the world’s tin, has begun to institute new rules to control the tin trade. Rather than allowing tin trading to take place in on foreign exchanges, the country recently began requiring exporters to sell tin through local exchanges. London, which has been at the center of the global market for tin for quite some time, has been cast aside as the go-to place to trade in the tin market. By enforcing these new trading regulations, Indonesia is attempting to gain more control over the price of tin, as it is one of the country’s most valuable commodities.

Raising concerns about the future of the global tin supply was state-owned PT Timah, who stated that it will be canceling contracts because some buyers had yet committed to trade on the new exchange. Driving Indonesia’s commitment to this new way of conducting tin trade, is the state of its economy, which is particularly delicate at this time. Jakarta’s stock market is not doing well, and the rupiah has fallen 16 percent against the dollar this year, The Wall Street Journal reported.

“The real motive [of the new tin rule] is to drive prices higher,” said Charles Swindon, managing director of London metals-trading firm RJH Trading, told The Wall Street Journal. “This is a one-man show run by the government for the government.”

However, the Indonesian government maintains the purpose of the new export restrictions is to deter smuggling and prevent sellers from avoiding royalties and taxes by declaring prices below what they actually receive.

Indonesia’s plan could have quite an impact on global markets, because while is is very important, only a small amount is typically traded each day. A metals analyst at Barclays contends the new trading requirement could decrease tin supplies significantly.

In September, tin prices hit a five-month high in London after the rule took effect and exports were curbed, the Financial Times reported. The policy changes and the lower shipments that are expected to result, could create a bottleneck in the global tin market and further raise prices, Bloomberg wrote. Indonesian officials feel higher prices demonstrate their new policies are working.

However, the global tin deficit is projected to increase from 6,000 tons this year to 13,000 tons in 2015, according to Standard Bank Group Ltd. Indeed, tin exports from Indonesia specifically have already fallen to the lowest level in six months in the aftermath of the new regulations. Shipments of tin fell 88 percent to 786 metric tons in September from August, which is the lowest since February 2007, when the government began to monitor sales, Bloomberg reported. Projections call for continued decline in the coming months. From September to December, Indonesia is likely to ship only 10,000 tons of tin, according to Sufrin Hannan, director of the minerals and coal division at PT Sucofindo, a state-owned company. This is a fall of approximately 75 percent from the same period in 2012, Reuters reported.

Furthermore, reserves of tin are lower than they have been since January. L​ondon Metals Exchange-registered warehouses reported a fall of 13 percent in tin reserves, from 25 tons to 13,170 tons as of early October.

Indonesia’s policies and the future

Though Indonesia is a major producer of tin, and particularly important in supplying China with the metal, it may run into economic difficulties if these policies continue. Analysts at the LME believe it will continue to be the most important venue of trading in metals, and that Indonesia’s markets will be hard-pressed to replace it. Myanmar is one country that represents a good alternative source of tin exports, and has not instituted any regulations comparable to those in Indonesia.

Tin is an important metal, with applications in electronics production that account for much of the demand for it. According to Reuters, over half of global tin goes into solder used in electronics to make circuit boards for products like smartphones and tablets. It is also widely used in food packaging as a coating to line containers. A tin shortage could be a threat to the operations of electronics companies. The biggest threat is posed to electronics manufacturers in Asia, where Indonesian tin represents up to two-thirds of total supply.