Tin prices on the LME continue to fall despite the efforts of Indonesian tin producers to exert control over the global supply balance. Two major exporters, PT Timah and PT Koba, have not yet stopped exports to contracted purchasers. 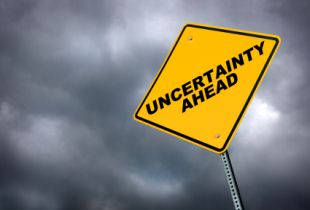 Tin prices on the LME continue to drop despite the efforts of Indonesian tin producers to exert control over the global supply balance. In October, the 25 Indonesian producers agreed to halt shipment of the metal as prices fell. While exports were reduced, two larger tin producers PT Timah (OTC PINK:PTTMF) and PT Koba, continued to ship tin ingots to customers with pre-existing contracted purchases some of the largest firms still shipped their previously contracted offers, reducing the overall impact of the ban. Now, new pressure is being put on Indonesia’s largest single producer, PT Timah, to stop all shipments including those that were contractually guaranteed.

In October, the official export data showed that, despite the ban, exports rose 4 percent over September’s totals. However, year-over-year the exports had dropped 38 percent. Even now at the beginning of December the shipments have not stopped.

The shipment is in addition to the 7,000 tonnes of tin that were shipped the week prior. To put this in perspective, just these two shipments alone equal nearly 10 percent of the entire production quota for 2011.

The Indonesian Tin Association is not backing down from the agreement. On November 25, hundreds of smelter works blocked a shipment of tin from PT Koba. It is worth noting that PT Koba is a joint venture between Timah and Malaysia Smelting Corporation (OTC PINK:MSGCF).

“This is a lesson to a company that is breaking the deal,” said Johan Murod, Corporate Secretary of the ITA. “Don’t try to export as it will push down the price… any company that is trying to export will be intercepted.”

The smelters that have agreed to halt exports are still producing the metal. This is leading some market participants to expect stock dumping once the target price of over $23,000 per tonne is reached. To persuade the market, more drastic measures might have to be taken.

“What would persuade the market more would be producers actually closing down… If November [export data] isn’t significantly lower, there is going to be enormous scepticism here,” stated BNP Paribas Analyst Stephen Briggs.

It is speculated that the real effect of the ban will be shown once LME stockpile levels go below 10,000 tonnes. Currently the LME reports that their tin inventory sits at 12,395 tonnes. The consensus among analysts is that prices should move higher in the second half of the month.

US consumers are expressing concern over the supply of tin for the start of next year. They are concerned that the ban, which hinges on the price of tin and not a set period, may last for an indefinite period. Shipments take roughly a month and a half in transit, which makes purchasing decisions for next year difficult.

Customers are concerned with the only option for bulk tonnage of tin, Malaysia Smelting Corp (MSC). A company which in the past has purchased roughly 80 percent of the Democratic Republic of Congo’s tin, the main focus of the Conflict Minerals Act passed in the US last year.

For consumers of tin not only in the US, but worldwide, seemingly all they can do is wait and see.

Securities Disclosure: I, Michael Montgomery, have no equity interests in any company mentioned in this article.