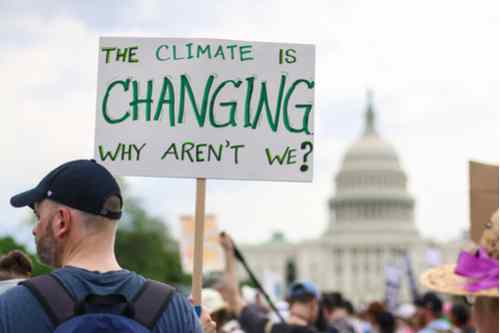 Glencore, the world’s largest thermal coal producer, has committed to limiting its coal production in the future.

Despite being the world’s largest thermal coal producer, international resource powerhouse Glencore (LSE:GLEN) has committed to limiting its coal production in the future in an effort to comply with Paris climate targets.

The move to cap fossil fuel output comes amidst investor pressure to apply a more green-focused operation, and the global push to reduce greenhouse gas emissions and combat climate change.

“We recognize climate change science as set out by the United Nations Intergovernmental Panel on Climate Change,” notes the company announcement.

In an effort to get in line with the changing resource landscape, Glencore believes it is crucial to adopt a dual focus.

“We believe that the global response to climate change should pursue twin objectives: both limiting temperatures in line with the goals of Articles 2.1(a)1 and 4.12 of the Paris Agreement (the Paris Goals) and supporting the United Nations Sustainable Development Goals, including universal access to affordable energy,” the statement reads.

While Glencore may be looking to distance itself from coal, the company is concentrating its attention on resources and materials that are becoming increasingly vital to the electric vehicle and green energy sector, such as copper, cobalt, nickel, vanadium and zinc.

“To meet the growing needs of a lower carbon economy, Glencore aims to prioritize its capital investment to grow production of commodities essential to the energy and mobility transition and to limit its coal production capacity broadly to current levels,” the company said.

This isn’t the first step Glencore has taken to address the world’s growing climate crisis. In 2017, the diversified miner announced its initial goal of reducing its greenhouse gas emissions intensity by 5 percent over three-years compared to a 2016 baseline.

A goal the company says it is on target to meet.

Part of the green shift will also include aligning the multinational developer with trade organizations and lobby groups that do not impede or detract from the global efforts to confront and reduce climate change.

By adopting such a large-scale approach, Glencore may be able to help spark a more wide spread effort through the fossil fuel industry towards reducing dependency. Regardless, the latest announcement by the Anglo-Swiss company is probably unwelcomed news to the Trump administration — an outspoken advocate and supporter of the coal sector.

In early December, US President Trump began looking at dismantling two Obama-era environmental policies around coal-fired power plant construction. The decision was met with an instant uproar from environmental groups and activists who are threatening to pursue legal action if the protections are reduced.

Ironically, at the same time in mid-December in Canada, the federal government announced the achievement of another milestone on the way to the total phase out of coal-fired electricity by 2030.

Catherine McKenna, minister of Environment and Climate Change, commented in December 2018: “Phasing out coal is an important part of our plan to tackle climate change, protect the environment, and grow the economy. Making the clean energy transition will not only cut pollution, but it will also protect our air, our water, and our health.”

“Making a transition to cleaner energy helps cut carbon pollution and positions us to take advantage of the C$26 trillion global opportunity presented by the transition to clean energy and climate action,” notes the report from the Government of Canada.

“The time to act is now to ensure a healthy and prosperous future for our kids and grandkids.”