Falling Chinese thermal coal demand in the short-term is falling due to adequate stockpiles. However, the long-term trend is likely to be a growing reliance on foreign sources for Chinese consumers. 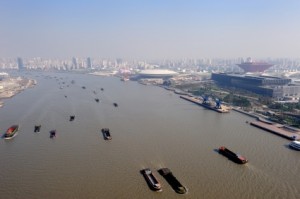 As the winter weather moves in across the northern hemisphere, it appears Chinese coastal power utilities have already wrapped up their seasonal thermal coal stockpiling purchases. While imports of thermal coal are now slowing in the short-term, the long-term trend could see a growing reliance on foreign sources of steam coal.

Chinese utilities usually begin stockpiling the fuel they need for winter heating between September and November of each year. However, China’s National Development and Reform Commission said last month that its largest power stations (especially those in the southeast of the country) already held about 20 days of consumption as of October 18, or about 70.9 million tons of inventory. Such high levels of stocks mean that any further purchasing by Chinese utilities for stockpiling is unlikely for this year.

Many of the stockpile purchases were said to have been made back in August and September on the expectations of tighter seaborne market conditions in November and December. As a result of the wrap up of Chinese purchases, Asia-Pacific market participants recently voiced sentiments in a Platts’ reports that suggested a bearish outlook over the short term in the thermal market.

Such pessimism is already reflected in the sinking spot and thirty day contract prices at Newcastle in Australia and Richards Bay in South Africa. Prices for 6,000 kcal/kg NAR derivative contracts dropped by $2 per ton to $113/mt for December 2011 and Q1 2012 at the close of trading on Thursday in Newcastle last week.

Lower qualities of Australian thermal were also trading lower over the past month, as 5,500 kcal/kg FOB was trading at the lower end of a US $95-98 range on November 11, down from US $100 on the spot market only three weeks before that, Platts reported.

Despite the current softening price ranges, 2011 stands as one of the biggest years for China’s coal imports. In September alone, import levels of both thermal and coking coal reached record growth as they topped 19.1 million tons (MT) and surpassed the earlier record of 17.5 MT in July of this year.

Economic growth within China appears to be a key driver of overall energy consumption growth earlier this year, despite current softening of industrial output, as much of the 2008 economic stimulus appears to have been effectively allocated to its growing market segments, particularly its industrial and manufacturing sectors.

However, the recent explosion at a coal mine in central Hunan province that killed 29 may be just as much part of the new coal import dynamic developing within China. With 100 mining deaths in China in October alone, and over 1400 from coal mining alone in the first nine months of the year (down 28 percent from last year), China’s coal mining sector has been labelled as the world’s deadliest.

As a result, the Chinese government has been reining in industry officials and shutting down coal mines across the country. China’s Ministry of Industry and Information Technology announced earlier this week that they have shut down 2,173 “inefficient” coal mines with a mining capacity of 230.61 MT in 2010. The Chinese government has also set a target  to reduce deaths per million metric tons of coal produced by more than 28 percent in the five years through 2015, according to a document they published earlier this month.

These coal mining shake-downs could lead to greater coal imports. “Some production may suffer because of increased safety concerns, especially in the south where a lot of these accidents happened,” David Fang, a director at China Coal Transport and Distribution Association, said in an interview with Bloomberg. “That may drive up imports by coastal regions.”

As a result, few doubt the long term Chinese import dynamics seen in 2011 will reverse. Imports from Vietnam, Australia, Indonesia, South Africa and Mongolia all increased in 2011.

Indonesian bitumous exports to China have increased by 100 percent over the past year, and Indonesian sub-bitumous coal continue to dominate the Chinese market accounting for 4.26 million tons of imports, up 46 percent year-on-year, Platts noted in a report released last month.

“The overall supply-demand picture for thermal coal remains robust. We are now selling coal into the first quarter of next year, and most recently we achieved pricing into Asia at over $130 a tonne,” Nick von Schirnding, head of Bumi’s investor relations, said in a recent interview with Reuters.

Import growth has also occurred from South Africa, increasing three-fold in October and accounting for 35 percent of the 7.38 MT shipped from South Africa in October. Prices at Richards Bay have averaged US $110.82/ton in October, and compare favourably with the $152.98 from Qinhuangdao in China for 6000 kilocalories per kilogram coal grade.