Japan is joining Asia’s battle for coal resources. Who will benefit from the rush for new supply? 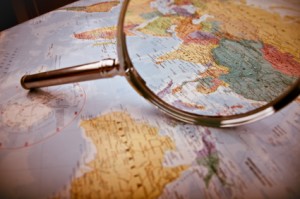 Energy-importing Japan has little choice but to bet big on coal.

A large portion of its nuclear power generation capacity is still offline. Liquefied natural gas imports are selling for near $18 per MMBtu, a steep price that is being spurred on by buying competition from the rest of Asia and increasingly from South America. Oil remains expensive.

Coal is the only fuel for which Japanese prices have been easing significantly. Landed prices for thermal coal in December 2012 were nearly 20 percent lower than in November 2011, at just under $120 per metric ton (MT), according to the Japanese Ministry of Finance.

Japanese power generators are embracing coal as their most cost-effective option. Last month, the nation’s top six utilities were reportedly planning to increase their coal usage by 24 percent during the coming fiscal year, according to Reuters.

That means a big jump in coal imports is coming. But where will this supply come from?

The imported coal market in Asia is tightening quickly, with Reuters noting that India’s imports are growing to the tune of 35 percent.

In fact, Bloomberg reported that Coal India (BSE:533278) said last month that it has established a $6.5-billion fund to buy overseas coal mines.

That’s all in addition to coal-hungry China, the world’s number-one coal-burning nation. Chinese coal imports grew a ravenous 29 percent in 2012, according to the Institute of Energy Economics, Japan. China’s total imports jumped 52.5 million MT, to 235 million MT on the year.

Falling coal demand in the US and Europe has helped to keep these Asian giants supplied. But if Japan steps into the fray, coal markets may be stretched to the limits.

That means a rush for new supply could be at hand. Is this a golden opportunity for producers in a beat-up market — and for investors eyeing coal stocks that have fallen up to 80 percent in value over the past year?

Where in the world?

The question is: where will Asia look for coal?

Unlike past coal booms, the Asian buying frenzy is geographically restricted. Coal markets in places like the US and Europe remain relatively soft.

Projects that benefit will be those positioned to ship to the “big three”: India, China and Japan.

Based on freight rates, that means places like Indonesia and Australia will be in the lead. Indonesia enjoys the lowest costs globally for exporting a metric ton of thermal coal to Asia: about $6 per MT, according to Standard Chartered Research. Australia is close behind, at $7 per MT.

That is a big cost advantage over places like the US, where it costs more like $32 per MT to land a metric ton of coal in India, China or Japan. In February, America accounted for just 3 percent of India’s total import coal volume.

As a result, companies holding Indonesian or Australian projects are likely to benefit. BHP Billiton (ASX:BHP,NYSE:BHP,LSE:BLT) is active in both countries. Glencore International (LSE:GLEN), Anglo American (LSE:AAL) and Peabody Energy (NYSE:BTU) are all major players in the Australian sector.

For investors looking for junior plays, these countries are more challenging as both places have traditionally been the stomping ground of larger producers.

Jatenergy (ASX:JAT) owns substantial coal concessions in Indonesia, as does Churchill Mining (LSE:CHL), although that company is currently in arbitration with the Indonesian government over its mineral claims.

China is well positioned amongst the three big Asian coal users in also having ready access to coal fields in next-door Mongolia, a potentially significant producer of cheap supply. Producers like SouthGobi Resources (TSX:SGQ,HKEX:1878) stand to benefit from this proximity. The company holds nearly 300 million MT of coal resource just across the border from China.

As can be seen, the coal-exporting nations closest to Asia are tough to penetrate — so where else might investors look?

Recent moves from Coal India provide some clues. The company said last month that it will target coal mine acquisitions in one nation in particular: Mozambique.

But India’s focus here is somewhat bold. Earlier this year, Rio Tinto (ASX:RIO,LSE:RIO,NYSE:RIO) took a $3-billion write-down on its coal assets in the country, its major reason being a lack of transport infrastructure to move coal to port for export.

Few juniors are working on Mozambique coal. But nearby Botswana may be a play for investors.

Continental Coal (ASX:CCC,LSE:COOL) also controls coal licenses in the country that are near the CIC Energy land package bought by Jindal.

Some established producing regions may also reinvent themselves to benefit from Asian coal demand.

Colombia, for example. The South American nation has historically sent the bulk of its thermal coal exports to America. But with US demand waning, producers here are starting to send supplies westward to Asia instead, a Colombia Reports article notes.

The country, however, is hampered by a lack of export infrastructure on its Pacific Coast. Colombia’s northern coal-producing region is located over 500 kilometers from the country’s only deepwater Pacific port at Buenaventura.

Most of the nation’s coal is exported via the Caribbean. Sending this supply to Asia would mean a lengthy transit through the Panama Canal, and that would make shipments more expensive.

North America may be better positioned in this regard. The US and Canada haven’t typically exported a lot of coal from their Pacific coasts. But with well-developed roads and ports, doing so simply means repurposing some existing facilities.

That’s exactly what’s happening at places like Cherry Point, Washington, where privately held Ambre Energy is developing a coal export terminal for its US supplies.

The facility is expected to have capacity of over 40 to 45 million short tons per year, according to Platts. Ambre is also developing a similar export terminal at Port of St. Helens, Oregon. All told, there are five such export projects on the books in the US.

That could be a boon for Cloud Peak Energy (NYSE:CLD), which is partnered with Ambre on the Decker coal mine in Wyoming. If the partners are able to move their coal to the Pacific and then sell to Asia, significant added value would be unlocked.

Canada is slightly ahead of the game, already having Pacific coal export facilities at Vancouver and Prince Rupert.

The latter is scheduled for expansion and shipping capacity is set to double, to 24 million MT annually.

That could mean greater access to Asian markets for coal producers in Western Canada. Companies like Coalspur Mines (TSX:CPT), Cardero Resource (TSX:CDU) and Compliance Energy (TSXV:CEC) would stand to benefit from better pricing for their product.