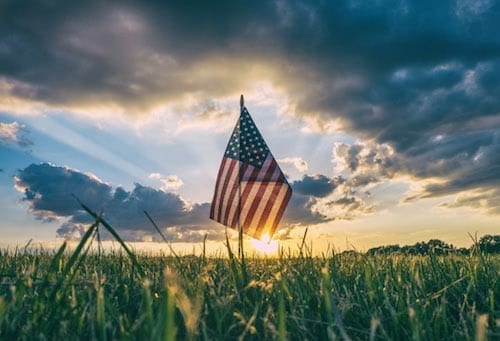 The US Department of Energy is looking into the viability of small-scale modular coal power plants as part of the country’s future energy plans.

The US Department of Energy (DOE) is looking into the viability of small-scale modular coal power plants as part of the country’s future energy plans.

The Department of Energy’s Office of Fossil Energy issued a formal request for information (RFI) earlier this week, eliciting input advice and guidance on the development of small-scale modular coal-based power plants.

In the official statement, the office noted, “this RFI seeks stakeholder input on technical and market considerations to inform research and development in support of the design construction and operation of a small-scale modular coal-based pilot-scale plant.”

In what it dubs, “plants of the future,” the  DOE has envisioned unique modular units, specifically designed using advanced methods for lower cost. Ideally, they will be “highly efficient (greater than 40 percent efficiency), and able to load follow to meet the demands of an evolving electricity grid.”

While small and modular are new words to the coal industry, the nuclear energy sector is very familiar with the terms.  In fact, NuScale Power, a private energy company invested in small modular development, recently (May 1) received US approval for its first phase design of small modular nuclear reactors.

“Our technology means significant economic and job benefits for the country and it’s positioned to revitalize the domestic nuclear industry by virtue of NuScale’s affordable, flexible, and safe solution to providing zero-carbon energy,” NuScale Power chairman and CEO, John Hopkins said in a press release.

The department first indicated its interest in developing new technologies targeting the coal industry in its 2019 fiscal budget, in it, US$175 million was earmarked to develop new higher efficiency coal generators.

“If we’re successful with these small modular coal plants … that could be a paradigm shift,” Winberg said.

Unfortunately, not everyone is as optimistic as Winberg. Some analysts remain skeptical that a coal-related process could be competitive, given the low cost of natural gas and cheap renewables.

“If existing coal plants in the US that only need to recoup operating costs are losing money and closing, then it is difficult to imagine how any new coal plant, no matter how efficient or cheap, can be built and recover investment costs on top of operating costs,” Wade Schauer, director of Americas power & renewables research at Wood Mackenzie told Greentech media.

Even though, some energy companies remain doubtful the mini plants are the type of energy needed in the future. Utility American Electric Power (NYSE:AEP) which operates roughly 15,000 megawatts of coal-generated power, says it has no plans to erect more coal plants.

“New coal technology has a long way to go to compete as a 24/7 power source with natural gas,” Utility American Electric Power, spokesperson Tammy Ridout told Bloomberg. “We continue to follow the technology developments related to coal generation, but we don’t believe that small modular coal plants will necessarily meet the needs of the industry our customers and the energy grid.”

The DOE  is hoping that small modular coal plants will in fact be a competitive alternative to renewable and nuclear energy in the coming years. It believes the smaller plants can be fired up more quickly than bigger ones, giving them a spot on an energy grid that is increasingly dependent on intermittent renewable sources.

The Trump administration also points out that as retiring coal and nuclear plants, which operate around the clock, are replaced by natural gas and renewables, the grid may struggle to provide power quickly during an extreme weather event or other emergency.

Since 2010, approximately 270 coal-fired power plants in the US have closed or been designated for retirement.