In the past few weeks, the global marketplace has been met with some much welcomed positive news. However, on the back of a massive slide in commodities prices, aluminum companies are still struggling with record low prices and seemingly nonexistent demand. 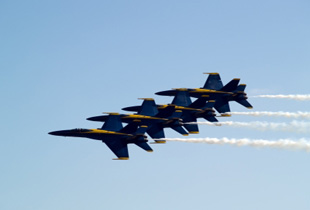 In the past few weeks, the global marketplace has received some positive news.  However, on the back of a massive slide in commodities prices, aluminum companies are still struggling with record low prices and seemingly nonexistent demand.

Rio Tinto just announced that it will cut another 705 jobs as the company tries to cut costs in response to depressed demand for alumina and aluminum. Rio Tinto Alcan Bauxite and Alumina President Steve Hodgson said at current prices, 70 per cent of the industry was operating at a financial loss. The Australian mining company’s Rio Tinto Alcan unit said it will slow construction of its Yarwun alumina refinery expansion in Gladstone and curtail annual bauxite production at its Weipa mine to 15 million tonnes, from 19.4 million tonnes in 2008. Hodgson said cost reduction and cash conservation initiatives were being implemented across the company. “We are strongly focused on minimizing costs and conserving cash, and this work is ongoing in our operations as we continue to closely monitor market conditions,” he said in a company press release.

State owned Chinalco agreed on Feb. 12 to buy $7.2 billion of convertible bonds and acquire $12.3 billion of interests in Rio projects in Australia, the U.S. and Chile, including a 50 per cent stake in the existing Yarwun refinery. Chinalco, as the state-owned company is known, delayed a funding deadline for the expansion of the Yarwun refinery to the end of May from March 31.  Chinalco reported a 99.1 per cent decline in earnings for the first quarter. The profit decline was attributable to the equity holders, hurt by snow storms and earthquakes in China, in addition to difficulties caused by international financial crisis and volatile commodity prices.

Alcoa Inc. is expected to report a first-quarter loss Tuesday, as the producer struggles with declining aluminum prices and demand. In January, Alcoa reported its first loss in six years. Since then the company has taken several steps to cut costs and conserve cash since the beginning of the year. In January, it announced several potential actions, including plans to shed 13 per cent of its global work force, sell four business units, and cut production. Last month, it slashed its dividend for the first time since 1983 and announced stock and debt offerings.