Despite the cautionary tone of the keynote speakers at the 2011 San Francisco Hard Assets Investment Conference, the message was clear that if investors practice their due diligence, they can still make healthy returns. 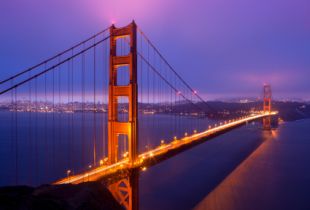 The cautionary tone of the various keynote speakers at this year’s San Francisco Hard Assets Investment Conference stressed that despite the tumultuous markets,  investors could still make healthy returns by practicing due diligence.

Speakers also focused their presentations on the monetary policy and debt concerns of the US and Europe, and how the effect the global economy.

World currencies and the chaos that could ensue if policies are not changed was a subject of many presentations during the Hard Assets Conference. Adrian Day, President of Adrian Day Asset Management, detailed the aggressive monetary policies of most of the worlds established economies.

“In the US the basic money supply is up 27 percent this year, and that’s on top of growth in the supply over the previous several years. In virtually every country in the world right now there are negative real interest rates… which is a very positive indicator for resource markets, especially gold,” stated Day.

He stressed that it is while it is hard to be positive about the euro, the US dollar was poised to fall against a basket of other currencies, due to excess debt, and the failure of the US government to deal with the problems.

Day demonstrated how commodities move in long cycles and that short term dips are outliers on the long-term trend. For example historically copper’s shortest cycle in over two hundred years is just 17 years.

“This copper cycle started in 2001, meaning that if the copper boom is over, this would be the shortest cycle in 200 years by 50 percent,” stated Day.

Adrian Day stressed that the longest cycles are when there is a new source of demand. Currently that new source is the industrialization of the BRIC countries, particularly China. He felt as though the general uptrend in commodities will continue going forward.

Investing guru Al Korelin, of the Korelin Economics Report, explained why he switched his investment portfolio to hard assets and why he continues to see strength in the metals markets. Korelin described how the markets of the early 2000’s didn’t make sense to him, housing prices were overvalued and lending practices were outrageous.

“It wasn’t capitalism in my opinion, it was predatory capitalism,” and stated Korelin, adding, “You have to look at the stability of the US economy, expand that to Europe and when that whole house of cards has to be propped up again, it’s going to be a bad situation. And that’s one of the reasons I am driven to hard assets.”

Keynote speakers also addressed the issues of geopolitical strife and civilian political unrest. Whether it be escalating military tensions with Iran, civil unrest in the MENA region, or the occupy movements that have spread around the world; every speaker recommended precious metals as a hedge against political uncertainty.

“You have to consider geopolitical issues, and the biggest wildcard right now, is what’s going on in the Middle East, and it’s a huge factor you have to consider. If we get into Syria, as more gasoline gets dumped on the fire with Iran, my opinion is you will see the price of gold absolutely skyrocket,” stated Al korelin.

With the political realities around the world, debt issues in the Western economies, civil strife scattered around the globe, and a struggling global economic recovery the future of precious metals looks to be strong.