Jade Leader Corp. (TSXV:JADE) (“Jade Leader”, or “The Company”) is pleased to report on its most recent progress towards data compilation and advancing the evaluation of first pass drill core samples from the Lode 2 Nephrite Jade Target at the DJ project.

Jade Leader Corp. (TSXV:JADE) (“Jade Leader”, or “The Company”) is pleased to report on its most recent progress towards data compilation and advancing the evaluation of first pass drill core samples from the Lode 2 Nephrite Jade Target at the DJ project.

Seven diamond drill core holes totaling 275.3 meters were completed on the Lode 2 Target in November of 2018. All holes intersected the targeted Nephrite Jade Zone previously identified by mapping and trenching at surface, as outlined below, and on the attached drill plan map.

Sections of representative drill core from 4 intervals (holes L2DD1, L2DD2 and L2DD7) were selected for polishing to outline the grain, color, texture and translucency of the Jade. Core was then photographed wet to prevent glare, and is presented attached to this news release.

General descriptions of the complete interval and jade types are outlined in the table below.

All contacts of the massive to foliated Jade zones with its host rock are sharp. Jade Stockwork zones are defined as intersections with Jade veinlets that are of a sufficient thickness to provide recoverable and potentially useable material for the lapidary arts. The Jade veinlets typically make up between 10 to 30% of the interval within a serpentinite host. Polished core photographed from L2DD7 (attached) illustrates this environment.

A section through the occurrence showing geology and geological interpretation of the Jade zone geometry, with location of initial trenched area, as well as drill holes L2DD1, L2DD2 and L2DD6 is also included. Drill hole L2DD2 has tested the occurrence downdip from its surface expression to a depth of approximately 30 meters.

“The first pass drilling program at DJ confirmed consistent intersections of Jade material that correlates well with mapped surficial Jade occurrences but is free from strong surficial weathering. Jades, ranging from foliated to massive material suitable for carvings and jewelry as well as finer and more uniformly colored light green to blue with higher translucency referred to as near gem/gem type were represented across the width and depth of the occurrence which remains open in all directions” stated Mr. Jean-Pierre Jutras, P.Geol., President and a Director of Jade Leader. “Materials showing chatoyancy,or cat’s eye effect has also now been observed in most intersections as well, indicating that it may be much more extensively distributed through the Lode 2 target than previously indicated by limited surface sample work. While this first pass work still represents a relatively small sample size of the system, we are extremely encouraged with results to date and will evaluate the best and most productive way to continue bringing the project forward over the coming year”.

Other samples from both drill core and surface are being analyzed to test workability, color, texture and translucency in preparation for display at exhibitions such as the Tucson Gem and Mineral Show in February and the Zi Gang Bey Jade carving competition and trade show this April in China.

Jade Leader Corp. is preparing 2019 exploration plans and advancing permit applications for additional work that will include further drill access and mechanized surface sampling. Jade Leader Corp. will update its shareholders as milestones are achieved. In addition, follow up work on their Wyoming Jade properties is being evaluated with potential to continue in the Spring 2019.

Mr. Jean-Pierre Jutras, P.Geol., President of the Company, is the Qualified Person for the Company’s Jade projects as defined by National Instrument 43-101 and has approved the technical disclosure contained in this news release.

The TSX Venture Exchange has neither approved nor disapproved of the contents of this press release.

Except for the historical and present factual information contained herein, the matters set forth in this news release, including words such as “expects”, “projects”, “plans”, “anticipates” and similar expressions, are forward-looking information that represents management of Jade Leader’s internal projections, expectations or beliefs concerning, among other things, future operating results and various components thereof or the economic performance of Jade Leader. The projections, estimates and beliefs contained in such forward-looking statements necessarily involve known and unknown risks and uncertainties, which may cause Jade Leader’s actual performance and financial results in future periods to differ materially from any projections of future performance or results expressed or implied by such forward-looking statements. These risks and uncertainties include, among other things, those described in Jade Leader’s filings with the Canadian securities authorities. Accordingly, holders of Jade Leader shares and potential investors are cautioned that events or circumstances could cause results to differ materially from those predicted. Jade Leader disclaims any responsibility to update these forward-looking statements. 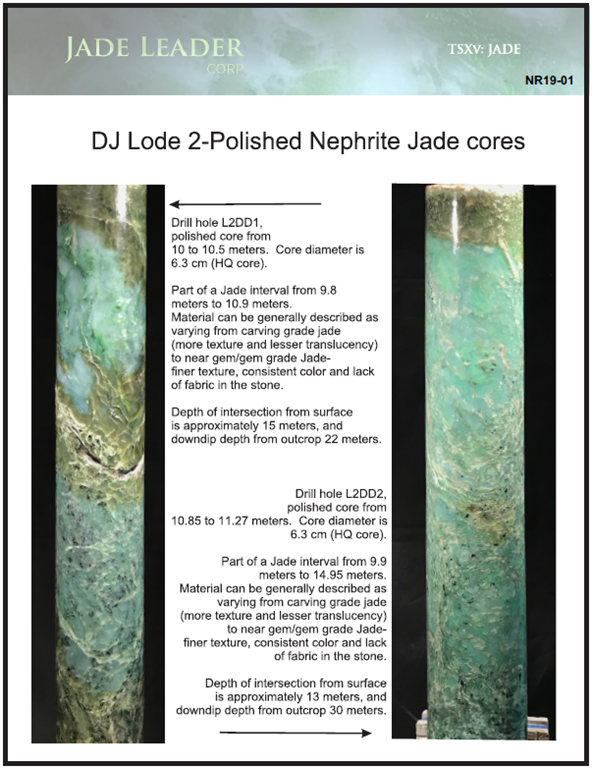 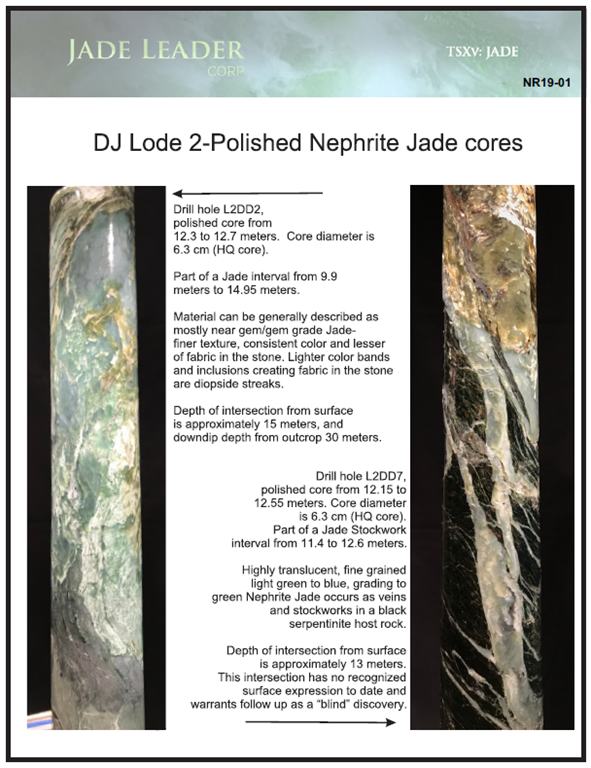 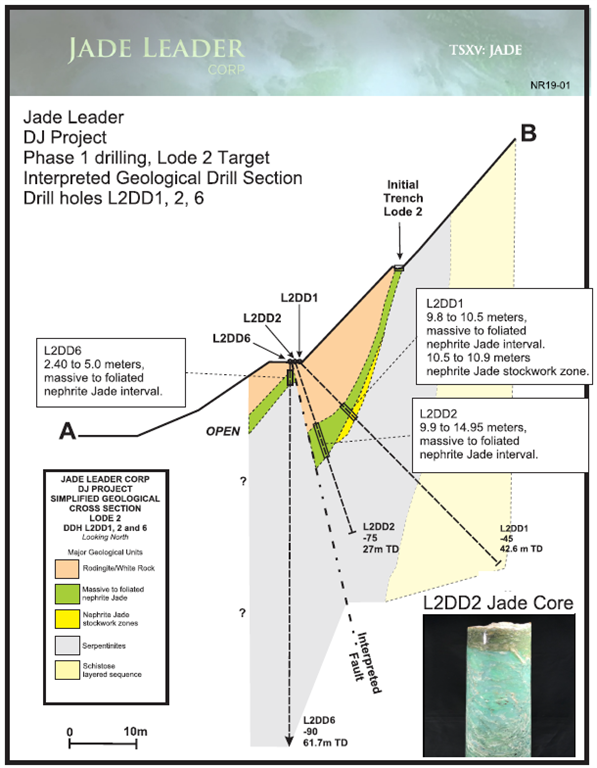 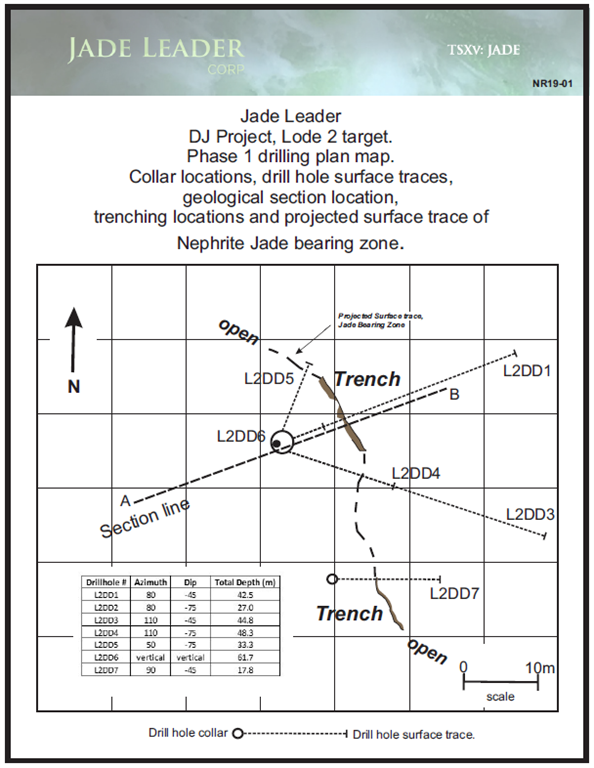 Click here to connect with Jade Leader Corp. (TSXV:JADE) for an Investor Presentation.

×
See our exclusive index of Gem companies on the move
EXPLORE