Margaret Lake Diamonds Inc. (TSXV:DIA, FSE:M85) (“Margaret Lake” or the “Company”) is pleased to report arrival of a 20-person field crew to the Kiyuk Lake Gold Property (“Kiyuk Lake” or the “Property”) to conduct field reconnaissance, review historic drill core and complete detailed surveying. Surveyors will cut boundary lines on 25 claims in order to convert the claims to mineral leases, which will secure the most prospective leases and eliminate annual work commitments. The survey is expected to be completed in early October.

Margaret Lake has entered into an Option Agreement (the “Agreement”) to acquire up to an 80% interest in Kiyuk Lake and recently completed a N.I. 43-101 Technical Report on the Property.

The Kiyuk Lake land position consist of 51 mineral claims and three mineral leases encompassing over 46,000 hectares. It is located in the Kivalliq Region of Nunavut in northern Canada and has year-round accessibility to the 35-person base camp. Kiyuk offers a compelling district-scale exploration opportunity to discover a new Canadian gold mining camp. To date gold showings have been reported across a 13-kilometer strike length that remains open in all directions.

Significant past exploration, beginning with Newmont Mining in 2008 and most recently Cache Exploration in 2017, has resulted in over 13,000 meters of core drilling and delineation of four mineralized zones and five additional high priority target areas that have yet to be drill tested. Mineralization has been traced across a 13-kilometer strike length and remain open in all directions.

Mineralization at the high-grade Rusty Zone is predominantly pyrrhotite +/- magnetite with arsenopyrite and pyrite in brecciated and altered sandstone. To date mineralization has been traced to a depth of 200 meters and remains open at depth. The zone has been the main focus of historic drilling at Kiyuk. In 2017, drilling within the Rusty zone returned broad intercepts of high-grade gold including:

* Drill intercepts are not true width. True widths are not known at this time. See Cache Exploration Inc. press releases dated October 12, 2017 and October 26, 2017. Investors are cautioned that a qualified person has not verified the scientific and technical data disclosed in this news release.

The Gold Point Zone comprises a series of locally derived mineralized boulder fields of altered polymictic conglomerate that occur over a 500m long trend. Rock sampling prior to 2012 returned maximum gold assays from this showing of 24.69 g/t. A single boulder 1.35km to the SW graded 1.33 g/t and is along strike of the mineralized ‘horizon’. Around 600m to the NE, at the East Gold Point Zone, mineralized boulders grading up to 2.36 g/t have been found. Drilling in 2017 returned the following intercepts:

* Drill intercepts are not true width. True widths are not known at this time. See Cache Exploration Inc. press release dated October 26, 2017. Investors are cautioned that a qualified person has not verified the scientific and technical data disclosed in this news release.

The original showing at Cobalt was defined by a 4 x 8m outcrop of sulphide bearing siltstone and oligo-monomictic conglomerate. This rock type is easily weathered and transported down-ice resulting in a mineralized trend of boulders extending southwest from mineralization intersected in drill hole CS11-002 (21.3m @ 2.15 g/t Au). Mineralization intersected in drill holes from 2011 suggests a 250 m strike length.

A northeast trending string of lakes is thought to represent a fault or lithological boundary between the siltstone-conglomerate units to the northwest and the carbonate rich units to the southeast. This boundary is also identified in the ground magnetics as a sharp break between the outcrop area (magnetic high) and the limestones (magnetic low).

A large concentration of gold bearing conglomerate boulders exists approximately 420m south of the original Cobalt showing area. It is likely that these represent glacially transported boulders, but the distance of transport is unknown. In 2013 these boulders were targeted, in the up-ice direction, by one drill hole which failed to intersect significant gold grades. This area had been targeted with three prior drill holes by Newmont and by Prosperity with all holes suffering cave-in problems forcing abandonment.

The Amundsen Zone is located 850m south of the Cobalt Zone. Historic rock sampling discovered a mineralized boulder train, with samples up to 15.2 g/t Au. The one drill hole completed in this zone was completed in 2012 and was directed at the up-ice limit of the boulder train. It intersected 42m of 0.97 g/t Au including 12m at 2.3 g/t Au from 170m depth.

The Rasmussen showing is the westernmost showing identified on the Property to date. This showing was identified during prospecting in 2012 and is defined by gold mineralization in frost heaved conglomerate boulders which are interpreted to have undergone minimal transport. Gold values from boulders at the Rasmussen showing range from 0.1 to 6.9 g/t. The dominant sulphide mineral is pyrrhotite with lesser arsenopyrite. Alteration commonly seen in the zone is albite-actinolite-carbonate.

The South Snake showing is located 4 km South of the Rusty Zone at the south end of Snake Lake. The showing is defined by two 3m long boulders containing strong actinolite alteration and abundant pyrrhotite. The host rock is a clastic rock which has been bleached and brecciated with a carbonate actinolite rich matrix. Sulphides are concentrated in the breccia matrix but are also disseminated in the host rock. Grab rock samples up to 12 g/t Au were discovered prior to 2012 work. The source area for these boulders has not been identified by follow up work and the majority of surrounding rock is largely unaltered.

The North Snake showing is defined by boulders with gold values up to 32 g/t. Two drill holes drilled at North Snake during the spring 2012 program failed to intersect significant mineralization. An additional two holes were drilled in 2013 intersecting hydrothermal breccias hosted in mudstone and siltstone. One interval returned 6m of 1.3 g/t Au in brecciated and quartz-carbonate-actinolite-biotite-magnetite altered mudstone with abundant pyrrhotite in the infill. Prospecting and mapping in 2012 identified a 200m long trend of mineralized boulders (1.0 to 3.84 g/t Au) “up-ice” of the drill holes suggesting the bedrock source is further to the north.

The Heart Pond Showing is defined by several large boulders over a 90 x 100m area with gold grades up to 5.3 g/t. The host rock is described as pyrrhotite, pyrite, and arsenopyrite-bearing albite-actinolite-carbonate altered conglomerate.

The Airstrip showing is defined by a 12m x 12m outcrop that was originally found during prospecting in 1992. Historic rock sampling revealed mineralized samples up to 15.0 g/t Au. The host rock is described as a highly albitized and locally brecciated Tavani siltstone and conglomerate (or felsic volcaniclastic) with massive pale white fine to medium grained albitite, to brecciated rock with albitized clasts floating in actinolite bearing matrix with slight foliation (Turner, 2011). The mineralized outcrop defining the airstrip showing was drilled by Newmont in 2008 but failed to intersect significant gold values.

To earn an initial 50% interest in the Property, Margaret Lake has agreed to issue 5,000,000 common shares of the Company to the Optionor (the “Optionor”) within 10 days and invest C$150,000 through the purchase of 3,000,000 common shares of the Optionor at a deemed price of $0.05 on a private placement basis within 30 days. The Company will also make a cash payment of $100,000 to the Optionor on or before the first anniversary of the effective date of the Agreement and incur exploration expenditures totaling $3,000,000 on or before the third anniversary of the Agreement. Margaret Lake also has the right to acquire an additional 30% in the Property, for a total of 80%, by making a one-time cash payment of $5,000,000. Completion of the transaction is subject to Exchange acceptance. There can be no assurance that the transaction will be completed as proposed or at all. 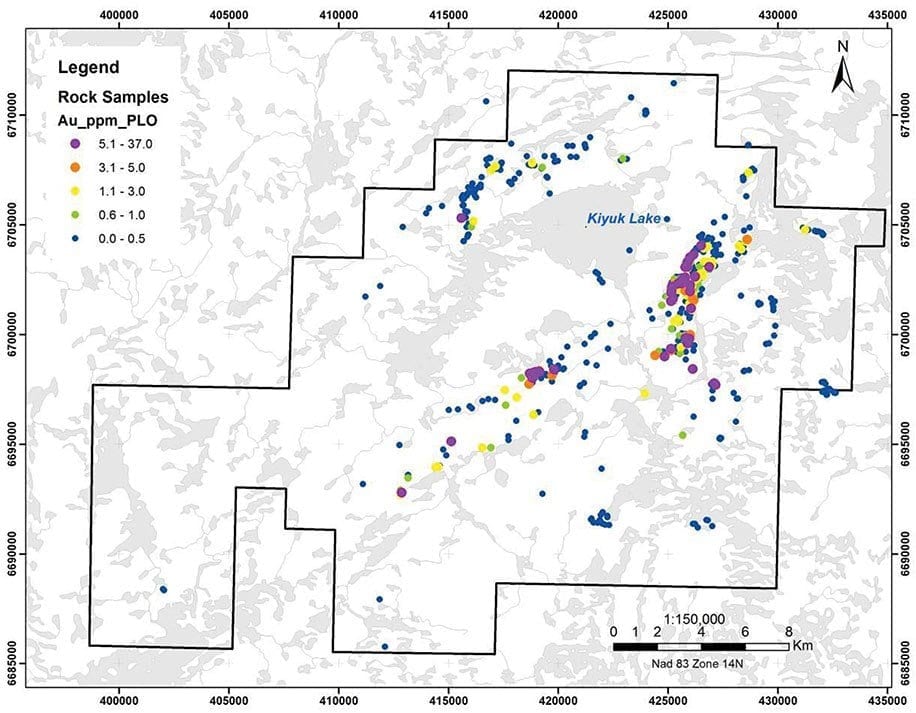 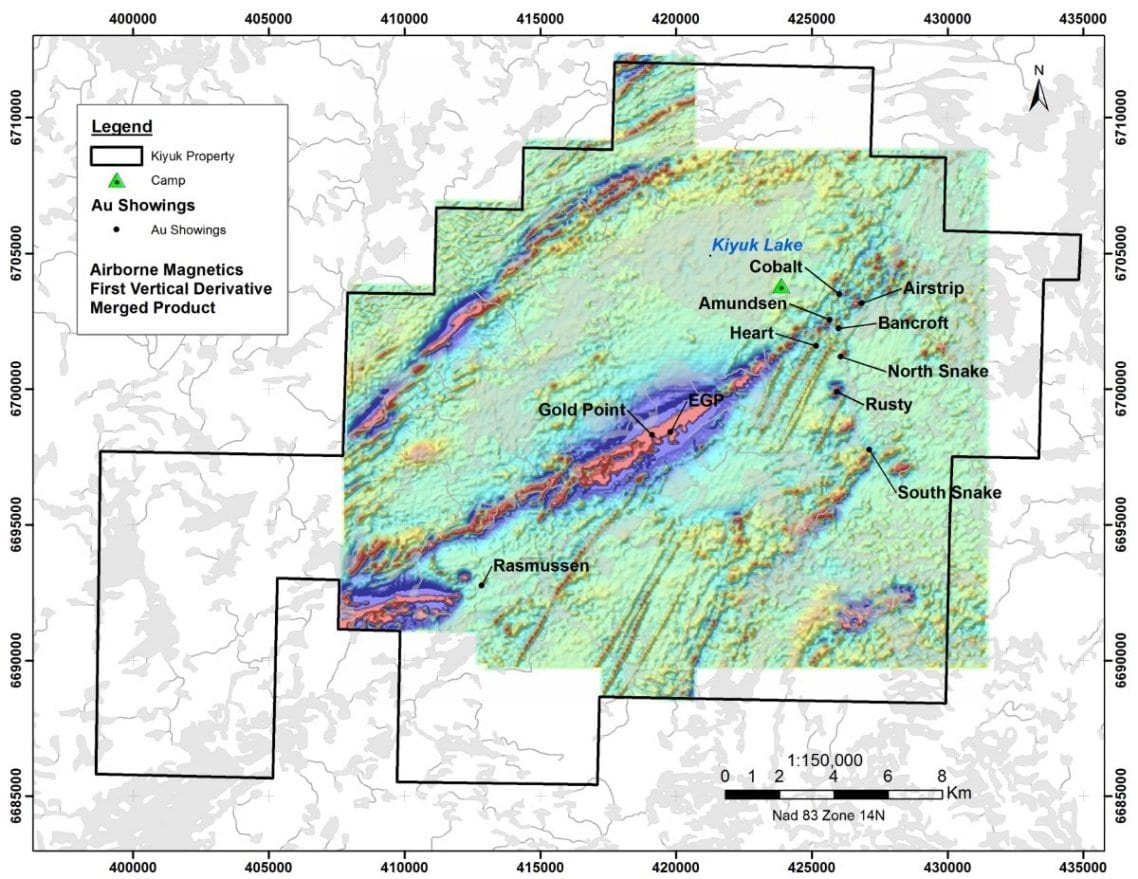 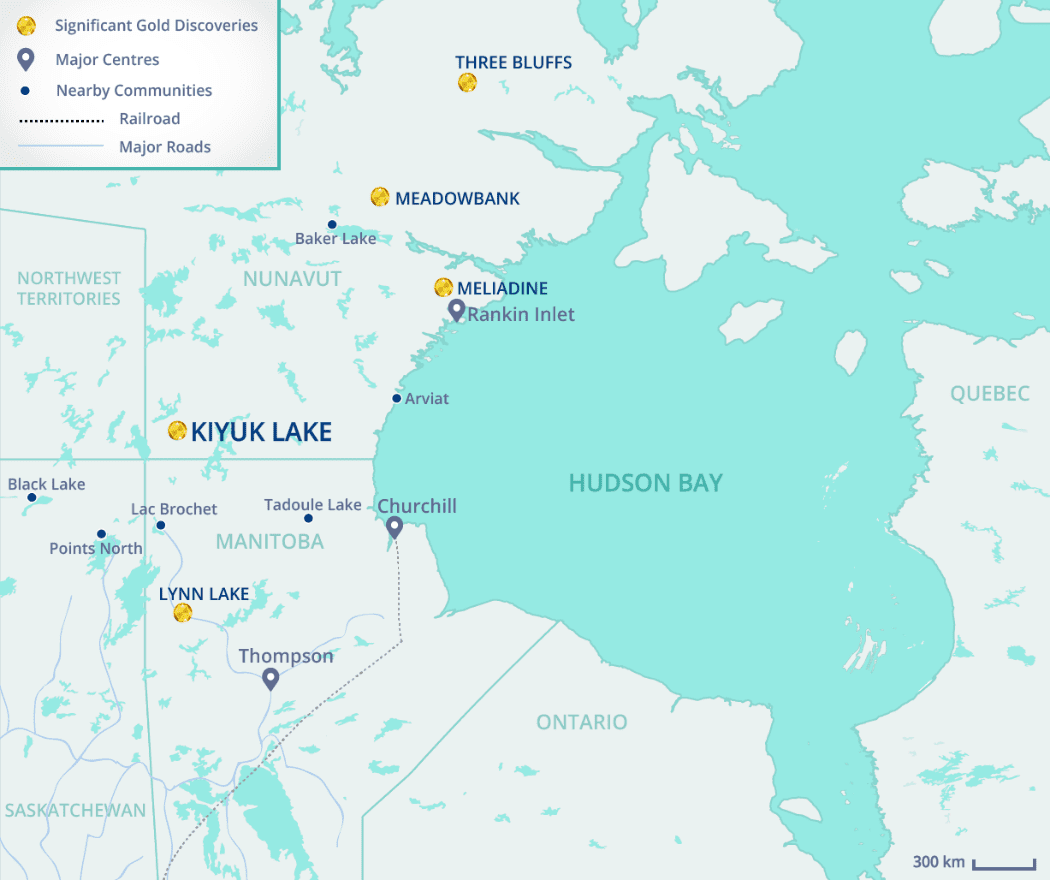 The technical data in this news release has been reviewed and approved by Buddy Doyle, P.Geo., a Qualified Person under the provisions of National Instrument 43-101.