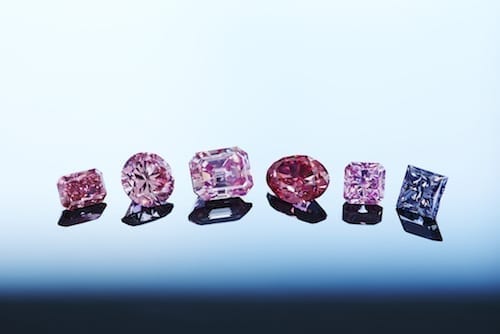 According to a new report, Australian diamond production may fall by as much as 99 percent after the closure of Rio Tinto’s Argyle mine.

According to a new report, Australian diamond production could fall by as much as 99 percent following the closure of Rio Tinto’s (ASX:RIO,LSE:RIO,NYSE:RIO) famed Argyle mine in 2021.

The mine, considered to be the only prolific source of pink and red diamonds in the world, is approaching the end of its life, leaving many to speculate what its loss could mean for the sector.

The report, released by GlobalData, suggests that the reduction in output will be monumental, bringing yearly production in Australia down from 14.2 million carats of rough diamonds to 137,000 carats.

The Argyle mine has been in operation since 1983, and has produced more than 800 million carats of rough diamonds over the course of its run.

The largest pink diamond ever produced at the Australian mine is the Argyle Pink Jubilee, an 8.01 carat diamond unearthed in 2012. The diamond, which is now on display at the Melbourne Museum, weighed in at nearly 13 carats and was subsequently cut and polished down to 8.01 carats.

“Rio Tinto’s Argyle mine is the first and only ongoing source of rare pink diamonds in history. With the lifecycle of this extraordinary mine approaching its end, we have seen, and continue to see, unstoppable demand for these truly limited-edition diamonds and strong value appreciation,” he said.

Due to its status as one of the few mines where pink diamonds are naturally formed, the impending closure of the Argyle mine, home to 90 percent of the world’s rose-colored stones, has driven demand and prices higher.

In 2018, Argyle grossed revenues of AU$259 million, a 26 percent year-over-year increase. Its closure has been further compounded by the lack of suitable replacement resources.

As the GlobalData report notes, Australia’s rough diamond market has come to rely solely on Argyle following the 2015 closure of the Ellendale mine. Ellendale’s shutdown came after the tenement holder, Kimberley Diamond Company, was forced to liquidate.

There are other diamond projects in Australia currently, most notably Merlin Diamonds’ (ASX:MED,OTC Pink:NADLY) Merlin mine. However, Merlin is known for its white diamonds, not pink or red gems.

GlobalData does note that the Western Australian government has conducted remediation work at Ellendale and is seeking a new operator to restart mining at the site.

“However, with no immediate potential to replace even part of the output of the Argyle mine, the country’s production of rough diamonds will fall to less than 1 percent of the current levels from 2021, with all output solely from Merlin Diamonds’ Merlin mine, which achieved full production during the third quarter of 2018,” said Vinneth Bajaj, senior mining analyst at GlobalData.

While there are currently no projects able to replace the sheer volume and uniqueness of Argyle’s stones, Bajaj did point out that there are a number of diamond miners in the country looking to advance projects, which will ultimately help “revive” the sector following the closure of Argyle.

“In the short term, there are no projects lined up that could replace even part of the output from the Argyle mine. However, there are positive signs that the Australian diamond industry could be revived.”