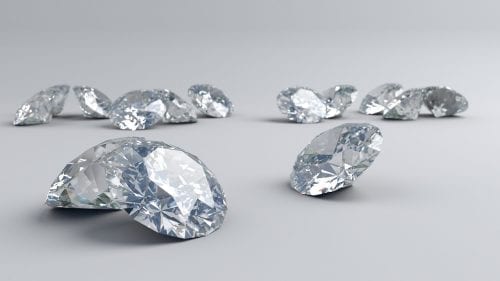 Top diamond producer Alrosa has received approval from its board to move ahead with the acquisition of Russian diamond polisher Kristall.

In a move that would bolster and solidify Russia’s diamond market, Russian mining company Alrosa (MCX:ALR) is looking to buy the country’s largest diamond polisher, Kristall.

Leading diamond producer Alrosa has received approval from its board to move ahead with the acquisition of Russian polishing firm Kristall. If a deal is reached, Alrosa would become the top competitor to the world’s number one diamond producer, Anglo American’s (LSE:AAL) De Beers.

The move, which brings together Russia’s largest diamond producer with the country’s biggest cutter and polisher, could ease some of the tension experienced by Alrosa following Moscow’s removal of a 6.5 percent export duty on rough diamonds in 2016.

Currently, Kristall is a state-owned business that is slated for privatization in 2019. The firm first opened its doors in 1963, helping to lay the foundation for diamond and fine gem polishing in the country.

“Alrosa…sees that such an acquisition, under certain conditions, can give synergy,” a spokesperson for Alrosa told the press. “In particular, [its] cutting-and-polishing business will help Alrosa to better understand trends in the diamond market.”

On average, Kristall cuts 300,000 carats annually, generating revenues of US$200 million.  The Russian government also holds 66 percent of Alrosa, which sold 39.6 million carats of diamonds in 2017.

The collaboration of the two exquisite gem-stone companies will ultimately give both what they need to be relevant players in a market dominated by larger multinationals.

“De Beers has a strong jewelry brand… [Kristall’s] Smolensk Diamonds is well known on the market, so the deal could be as good as any other step in that direction [of creating a strong global brand],” Nikolai Sosnovsky, an analyst at Prosperity Capital Management, told Reuters.

Following news of the proposed acquisition, Alrosa’s share price closed up 3.22 percent on Monday (May 7) at RUB$89.96.