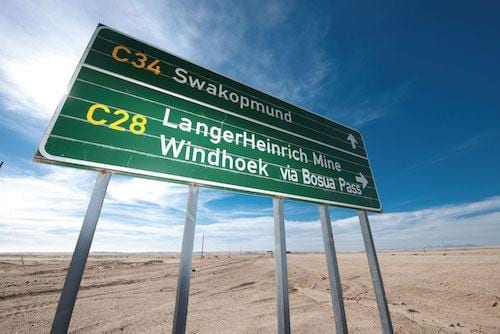 Production ceased at the mine in 2017 due to depressed uranium prices, which made ongoing extraction uneconomical.

After shuttering the Langer Heinrich uranium mine in August 2018, Paladin Energy’s (ASX:PDN) board has approved a prefeasibility study aimed at restarting the asset.

Production ceased at the mine, located in the Namib Park region of Namibia, in 2017 due to depressed uranium prices, which made ongoing extraction uneconomical.

As U3O8 prices began to recover in the latter half of 2018, the company, which has 100-percent ownership of the project, began looking into ways to restart with lower overhead costs.

The results were positive and indicated a variety of ways operating costs could be reduced. The study also included a proposal for the recovery of saleable vanadium — a by-product of uranium production — to bring costs down.

In addition to the cost-cutting proposals put forward, the concept study allotted a budget for repairs and upgrades to the Namibian mine.

Initial funding for the restart is expected to total US$100 million, including US$24 million earmarked for plant repairs and improvements, and US$4 million for the construction of a tailings facility.

“The study identified improvements to resolve known processing issues we have encountered in the project’s life to date and also to make well considered, low cost investments in the rapid restart option,” CEO Scott Sullivan said in the company’s announcement.

“This includes some necessary repairs and equipment replacement, scheduled tailings dam construction, additional surge capacity to increase process stability, process control system upgrade and deployment of a comprehensive management operating system which have been implemented in many operations in Australia to great effect.”

According to the concept study, the mine could be restarted relatively quickly when uranium prices strengthen. Currently the U3O8 spot price is US$28.65 per pound, a slight decrease from the US$28.90 high it hit at the end of January.

The next step towards restart will be the two-part prefeasibility study, which is set to begin in March.

The Namibian mine could be back in full production as early as mid-2021. This would be welcome news for the local economy, which relies heavily on the uranium industry for direct and indirect employment.

Even though low prices have kept Langer Henrich on care and maintenance for the past several months, both India and China are interested in sourcing uranium from Namibia, a fact that Paladin must factor in when considering a potential restart.