A look at some of the most actively traded junior oil exploration stocks on the TSX Venture Exchange in 2011. 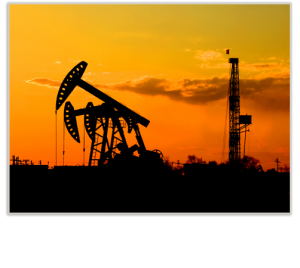 With $100 per barrel crude oil making a host of unconventional and offshore oil exploration ventures economically viable this year, junior exploration companies became an increasingly attractive option for investors looking to find some value in a sector dominated by the integrated majors and state-owned firms.

For a glimpse at which juniors have been attracting the most attention over the course of the year, the list below presents an overview of the most actively traded junior oil exploration companies on the TSX Venture Exchange in 2011, ranked by individual trades.*

Arcan is currently operating light oil plays in the Swan Hills and Slave Point complexes in Alberta. A third quarter production report from the company indicated that it was on track to achieve their 6,000 barrel of oil equivalent (BOE) per day target by the end of the year.

Pinecrest also operates in the Slave Point complex in Northwestern Alberta, where their key plays include their Evi, Otter, and Red Earth fields. The most recent exchange filing from the company indicated a production target of 3,000-3,200 BOE per day by the end of 2011.

Africa Oil is currently exploring onshore concessions in East Africa. The company has a working interest in six blocks in Kenya, as well as three in Ethiopia, and is partnered with Tullow Oil (LSE:TLW) on the bulk of these projects.

Sterling is primarily an offshore operator, with the majority of its concessions located in the North Sea off the coast of the UK and the Netherlands. The company holds two licenses in the Northern North Sea, and one in the Central North Sea where it is looking for crude oil, while the rest of its licenses further South are geared towards natural gas.

Quebec-based Petrolia operates within the province, and has leases covering plays in the coastal Gaspe region, as well as in the Gulf of St. Lawrence. According to the company, Petrolia holds close to 70 percent of the exploration licenses for areas recognized as having oil potential in Quebec, and it has set a production target of 20,000 BOE per day by 2014.

ShaMaran is active in four blocks in Kurdistan, along the Iraqi border with Iran and Turkey, and is the operator at two with a 60 percent interest. The company also holds a 26.8 percent interest in the Atrush block, where a discovery that flowed at 6,393 BOE per day was made earlier this year.

PetroMagdalena has a working interest in 19 onshore properties in Columbia covering over 1.2 millions acres. Formerly known as Alange Energy, the company’s current share of production across its holdings in Columbia is close to 3,000 BOE per day.

Novus has light oil plays in South East Alberta and South West Saskatchewan, among which is their core Viking field in the Dodsland region of Saskatchewan. A Q3 exchange filing from Novus revealed that production was already close to 3,000 BOE per day, which had been its target for the end of the year.

Painted Pony is also active in Saskatchewan, although its holdings are further to the East in the Northern extension of the Bakken formation. Production was averaging 4,000 BOE per day by the end of Q3, although only 35 percent of this was oil.

Americas Petrogas has a working interest in a number of onshore concessions in the Neuquen Basin in Argentina. The company made three conventional oil discoveries at its Rinconada Norte block in October, and entered into a farm-out agreement with ExxonMobil Corp. (NYSE:XOM) for the exploration and development at one of its prospective shale oil blocks.