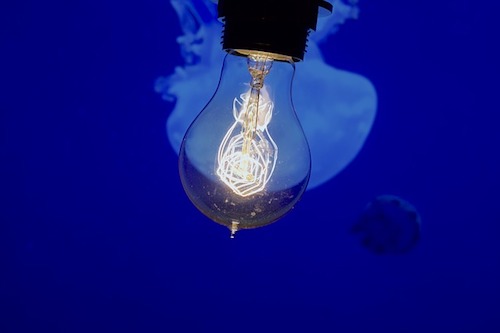 Read on for a brief overview of the tungsten investment landscape, from supply and demand dynamics to how to invest.

The critical metal tungsten was discovered in Sweden in the 18th century, and since then has found myriad uses across diverse industries. About two-thirds of tungsten is used to make cemented carbide, while mill products and chemicals account for the rest.

While tungsten has many key uses, prices have been in the doldrums for the last several years. The low price of tungsten has led to reductions in output in some parts of the world.

Analysts remain hopeful that a production increase in Vietnam and the opening of a new mine in the UK will favorably affect the tungsten price trend. That optimism has left investors wondering whether tungsten investment is a good idea. Read on for a brief overview of tungsten supply and demand dynamics and how to begin investing.

Tungsten is mined all over the world, though China leads the way in production. In 2018, it produced 67,000 metric tons of the metal, far ahead of Vietnam, the world’s second-largest tungsten producer. Russia, Bolivia and Austria are also top producers of tungsten.

Typically, tungsten deposits are found near orogenic belts, which are areas where tectonic plates have collided to form mountains. These belts run through East Asia, the Asiatic part of Russia, the east coast of Australia, the Alpine belt and the Rocky and Andes mountains.

One issue surrounding tungsten supply is the fact that the metal can be found in war-stricken countries like the Democratic Republic of Congo. For over a decade the extraction of resources in these areas has been linked to conflict, human rights abuses and corruption.

For that reason, tungsten is known as a conflict mineral. To stem the production of conflict minerals, some government bodies have put rules in place to ensure that companies disclose where the metals they use come from. The EU has led the way after strengthening its conflict minerals rules, while in the US President Donald Trump has added tungsten to a list of 35 minerals deemed critical to US security.

In addition to being the world’s top tungsten producer, China is also the top consumer of the metal in the global market. Roskill says that when both primary and secondary tungsten use are considered, the Asian nation accounted for more than 55 percent of global tungsten demand in 2017. The EU is next in terms of tungsten consumption, followed by the US, Japan and Russia.

As mentioned, tungsten has a variety of uses, though most of it goes toward the production of cemented carbide. Cemented carbide tools are used in the aerospace, automotive and construction industries, as well as in oil, mineral exploration and mining.

Mill products also require tungsten. These products include tungsten rods, sheets, wires, light bulb filaments and electrical contacts; that said, tungsten’s use in light bulb filaments is declining with the introduction of new lighting technologies. The chemical industry also consumes tungsten — tungsten compounds are used as lubricants, catalysts, pigments and enamels, as well as in electronics and for other electrical applications.

Tungsten investment: How to invest

Some investors who believe tungsten prices will rise in 2019 and beyond are taking the opportunity to enter the space in today’s low price environment. However, getting into the tungsten market can be a little difficult — as with many critical metals, getting direct exposure to tungsten is tricky as the metal does not trade on an exchange.

As a result, many market participants who are interested in tungsten investment turn to tungsten mining companies. Most tungsten-producing companies are located in China, and are either privately owned or listed only on Asian exchanges; however, tungsten investing options do exist elsewhere.

Beginner investors interested in the tungsten market may want to check out our overview of the tungsten industry landscape in Spain, Portugal and the UK; click here to read more about some of the tungsten mining companies operating there. Information on tungsten companies located in Asia, North America, Africa and Australia can be found here.

4 responses to “How to Get Started on Tungsten Investment”

See our exclusive index of Tungsten companies on the move
EXPLORE